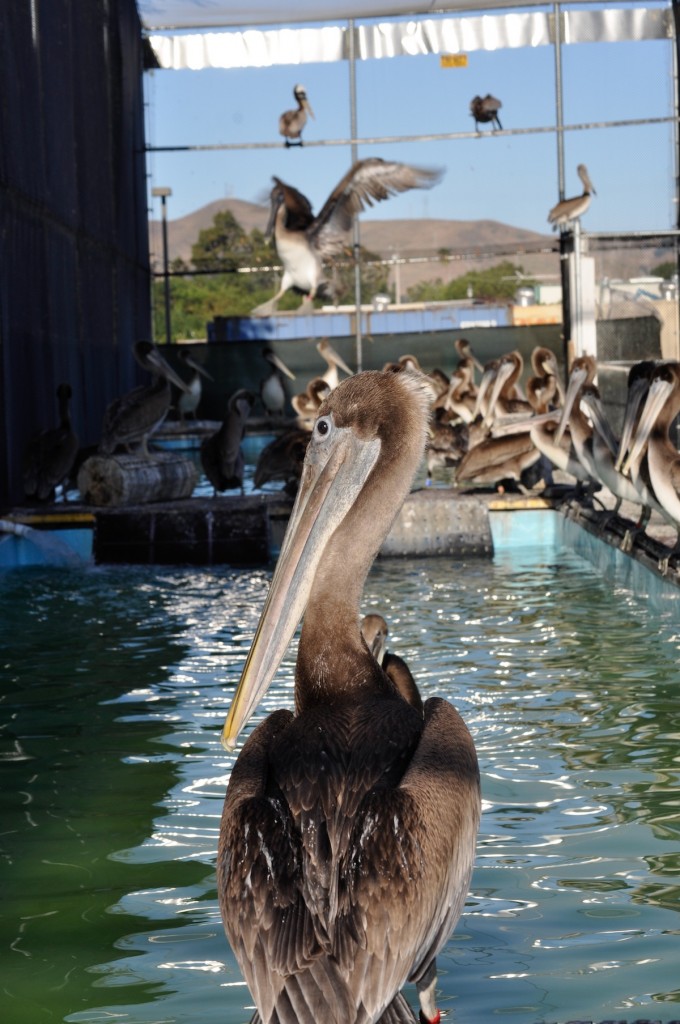 As summer kicks into gear on California beaches, record numbers of young, starving California Brown Pelicans are being reported by concerned beachgoers and threatening to overwhelm rescue centers up and down the coast. International Bird Rescue is one of the groups most significantly impacted.

These fledgling birds, part of a thriving Pelican population that has rebounded in recent years, are thought to be part of a natural chick mortality event. But as people, as well as Pelicans, flock to beaches and coastlines, the sight of so many struggling young Pelicans has heightened public concern. Meanwhile International Bird Rescue and other organizations are doing their best to stretch limited resources to care for the masses of Pelicans in need of help. The public is now being asked to support the organizations that shoulder the cost of these rescue efforts.

California Brown Pelicans, an iconic coastal species in the Golden State, have experienced rapidly increasing breeding success in recent years following exposure to DDT in the early 1970’s, which put them on the endangered species list. Every year up to 80 percent of newly hatched birds fail to make it on their own after leaving the nest around May. Once their parents stop feeding them, Pelican fledglings must learn to hunt for themselves in a very short period of time, but when they aren’t initially successful, and grow desperately hungry, many exhibit unusual behavior like begging humans for food or foraging in unlikely locations far from the ocean – as we are seeing now. With a marked increase in breeding in recent years these human interactions are happening on a much larger scale, sometimes resulting in injuries to the birds such as fishing-line entanglement.

“While mortality of fledgling Pelicans is a normal occurrence, what is not normal is for people to be seeing these birds dying in parking lots, on public piers and on beaches,” says Julie Skoglund, Manager of International Bird Rescue’s Los Angeles Center. “These birds do need to learn to fish for themselves, but if they are severely debilitated we would much rather the public reports them so they can be evaluated at a rehabilitation center and, if possible, be treated for their problems and given a second chance at making it on their own,” adds Rebecca Duerr, DVM, International Bird Rescue’s veterinarian.

International Bird Rescue, which runs dedicated aquatic bird rescue centers in Los Angeles and the San Francisco Bay Area, currently has over 150 Brown Pelicans in care, with new arrivals daily. Each Pelican consumes half its bodyweight in food each day: about 4-5 pounds of fish per bird per day – at up to $2.05 a pound. With rehabilitation periods of several weeks to a month or more, the expenses – not including medicines and surgeries – multiply quickly. International Bird Rescue’s San Francisco Bay Center alone is spending nearly $700 a day on fish. Outside of public support, the nonprofit has no other resources to pay for the care of the Pelicans and is actively seeking support from the public to continue their rescue efforts.

How the Public Can Help
Members of the public who are concerned about a Pelican in distress are asked to contact their local Animal Control or WildRescue’s Statewide toll-free hotline number 866-WILD-911.

International Bird Rescue is accepting donations to support its ongoing rescue efforts, including a Pelican Partner program through which people are given the unique opportunity to help release a Pelican patient back into the wild. Information on becoming a Pelican Partner, other ways to give, and how to volunteer at International Bird Rescue’s Los Angeles or San Francisco Bay Centers can be found under “Get Involved” at birdrescue.org.