Skip to content
Home | Blog | Success Stories: White Pelican Back In The Wild After Months in Care

After 143 days in care this resilient American White Pelican is back in the wild.

This huge bird came into care in September 2019 and it was finally released last week. He was originally found in Santa Rosa, CA with a smelly, infected, open fracture of the wingtip. It was treated at our San Francisco Bay-Delta Wildlife Center

On examination, we found a deep tunnel full of infected material open to the fracture zone. On radiographs, we could see that the bones were shattered right next to the proximal metacarpophalangeal joint. Two wingtip bones that are normally fused were not only broken free of each other, but had infected debris in the space between them. 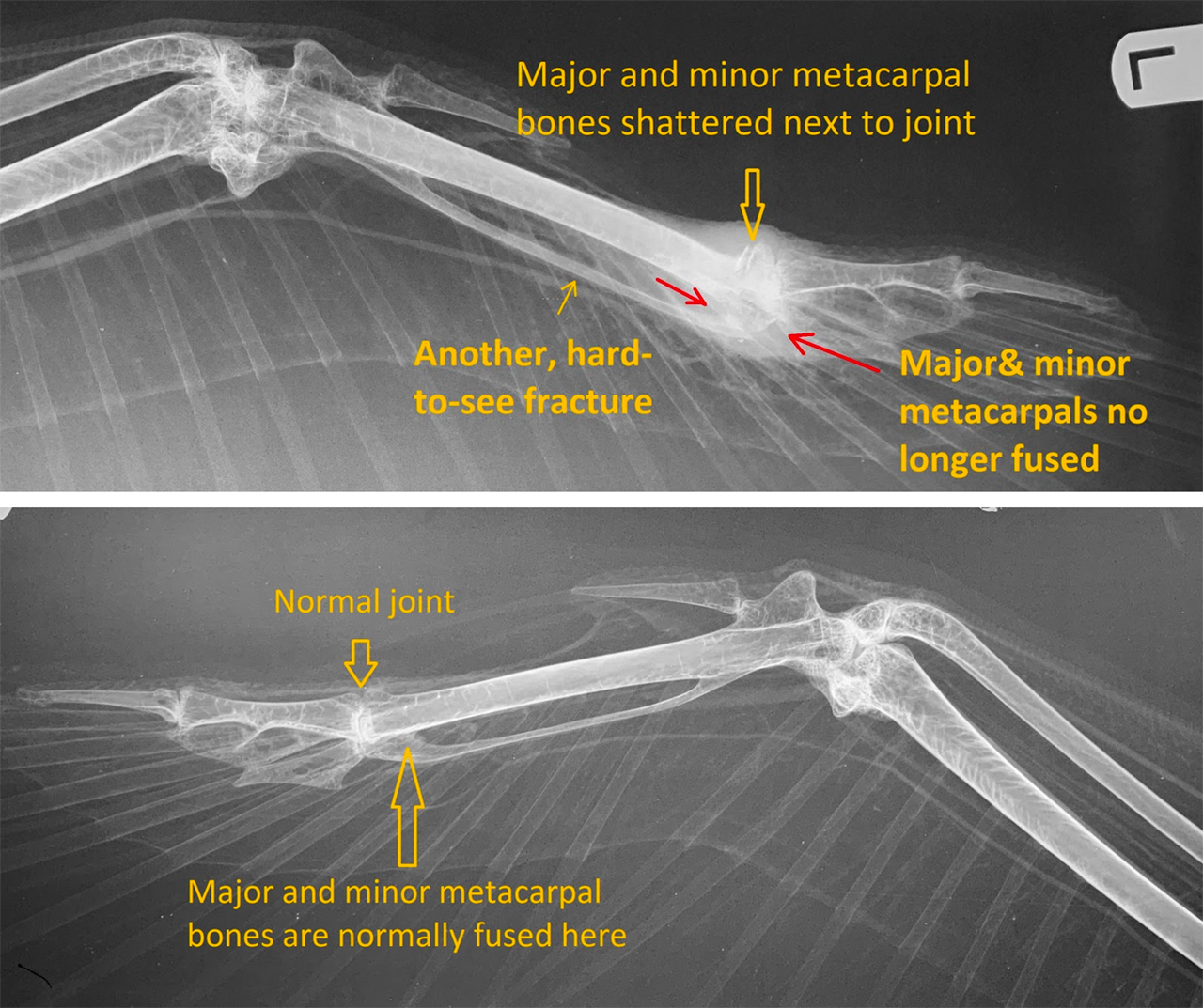 Initially, clinic staff and veterinarian focused on getting the infection under control while simultaneously stabilizing the fracture with a splint/bandage combination. Infected tissue was removed under anesthesia, and the wound healed very well. Unfortunately, the bones did not fuse to each other like they need to do in order for the bird to fly. The bird had what is called a non-union, where fragments of bone persist in staying separate, and this non-union is one our vet had not encountered before. Consequently, she decided to try pinning it, inserting threaded cross pins in an ‘X’ pattern to force the two bones to be immobilized in relation to each other. Thankfully it worked. 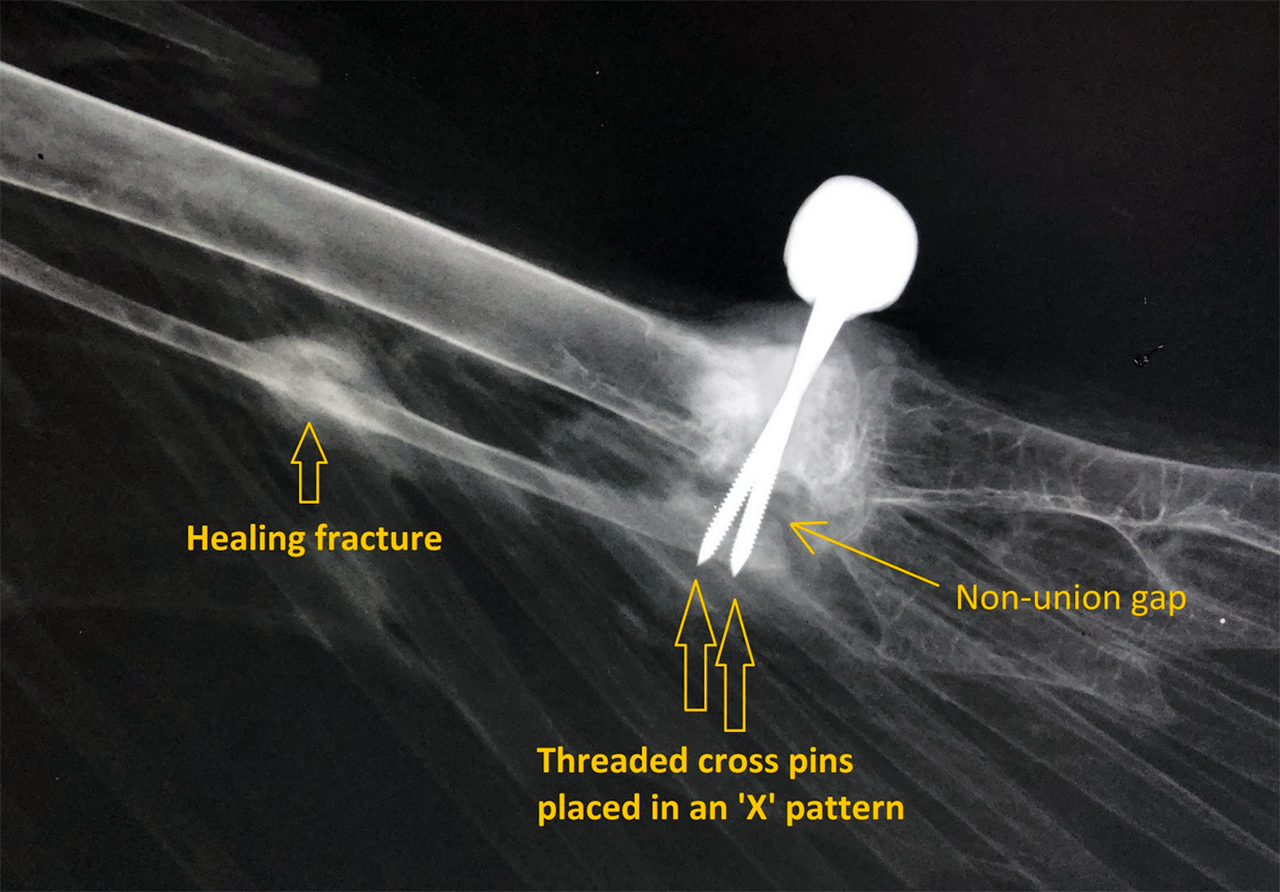 After the pins were removed, our staff had to help this patient regain strength in its wings to prepare for release. White pelicans can be a bit difficult to get to fly in an aviary even when there is nothing wrong with their wings, and this bird was no exception. He just didn’t want to cooperate. So for this bird, Wildlife Center Manager Isabel Luevano made his physical therapy progress a personal priority and several times a week made him flap strongly while being safely supported in hand, and then would boost him over the pool, thus encouraging him to fly and land on the water; no small feat with a huge bird. All of the hard work by staff and volunteers paid off!

2 thoughts on “Success Stories: White Pelican Back In The Wild After Months in Care”