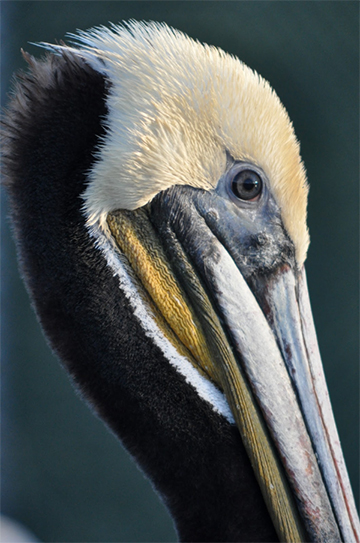 This story spans eight years and crosses international borders – all wrapped up in the journey of International Bird Rescue’s most famous former patient and parent, a California Brown Pelican banded E17 after his rehabilitation in 2010 at our Los Angeles center.

E17 created quite a buzz when he was spotted for the third time last month in Northern California during the semi-annual Brown Pelican count off of the Alameda Reserve Breakwater Island, a collaboration between the U.S. Fish and Wildlife Service and Audubon California.

For those of you who may not be familiar with this bird’s story, it began when he was in care with us for 259 days after his flight feathers had been clipped short, bringing likely suspicions of foul play by humans. To get more on his back story see this blog post.

Since his release, E17’s story has become even more compelling! As you can see in the timeline below, it is apparent that he is an international traveler, flying between San Jeronimo Island in Mexico, Northern California and likely many points in between. Most notably, he surprised and delighted the rehabilitation community in 2017 when he was photographed fathering two chicks on San Jeronimo Island!

Though E17’s rehabilitation story illustrates great success, many pelicans and other seabirds face agonizing injuries and death from cruelty at the hands of humans. Please donate today to help us continue to care for the many patients International Bird Rescue receives every year suffering from pointless cruelty, like E17.