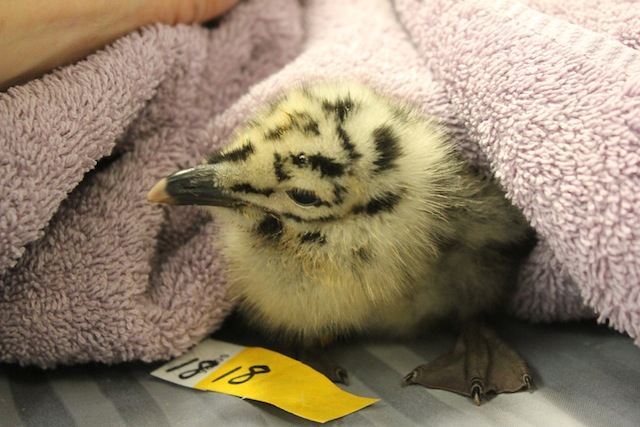 Photos and video by Paul Berry

Canada goslings, Mallard ducklings and Western Gull chicks (shown above) are among many common orphaned birds cared for each year at our centers. Whenever possible, we introduce a surrogate parent so that baby birds imprint on their own species — a critical aspect of bird development. 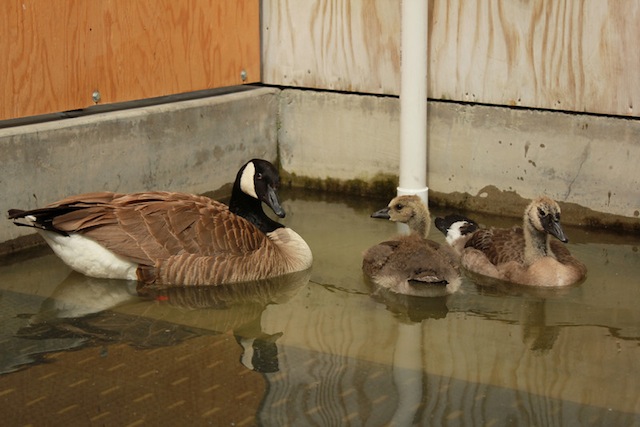 We currently have two such surrogates at our L.A. wildlife care center. One is this Canada Goose (above), transferred from a partner wildlife rehab organization in the Los Angeles region. L.A. center staffer Neil Uelman reports that this bird had been found in a medical office parking lot in Agoura Hills with a suspected head injury, and an exam by our avian veterinarian confirmed a fractured jaw. The goose began physical therapy earlier this month, and the jaw appears to be steadily improving.

During its time at our center, the goose has taken on the task of surrogate parenting for three goslings, two of which are shown in the photo above. “At first the bird was hesitant to be a parent, and then slowly accepted the fact,” Uelman says. 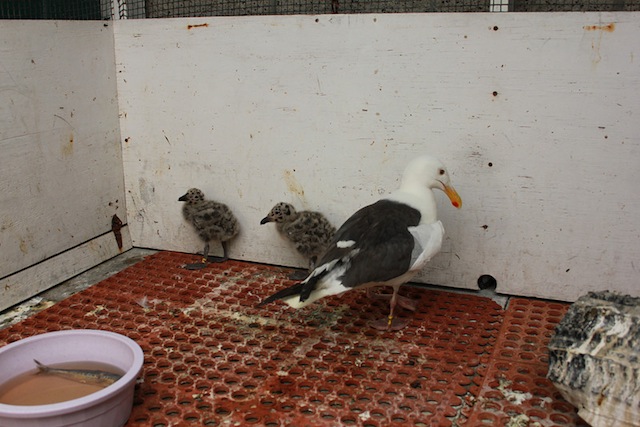 Likewise, this Western Gull has taken over surrogate parenting duties for Western Gull chicks in our care. The adult bird was found at Paradise Cove in Malibu with a severe wing droop as well as skin sloughing from blisters on its left foot. In addition to a regimen of antibiotics and pain medications, we administered a wing wrap which quickly improved the droop. Further treatment to the wing is ongoing, and the bird is recovering in a large outside cage. 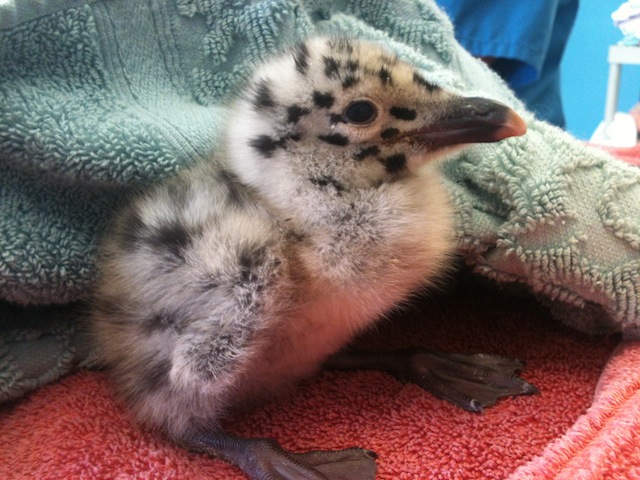 Below, baby Western Gulls feed at the center.