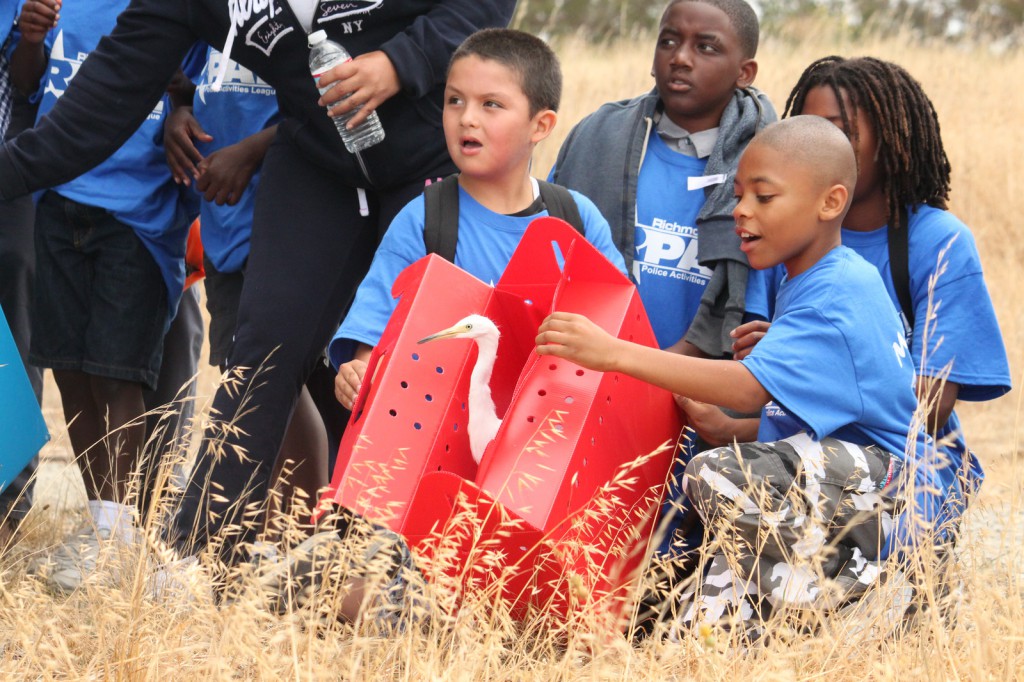 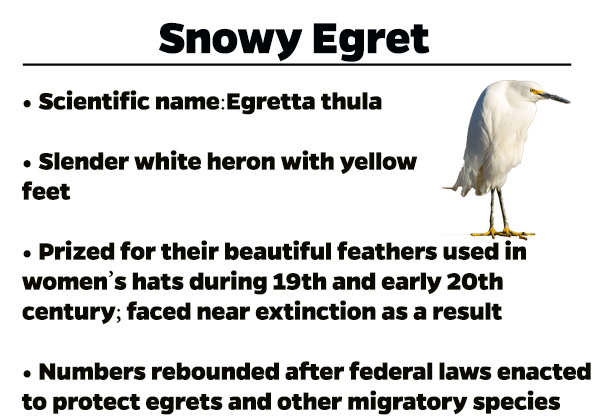 With the help of some eager young bird watchers, a group of herons and egrets has a new lease on life!

On July 23, we teamed up with the Richmond Police Activities League (or “RPAL”) youth group to set free five Snowy Egrets and three Black-crowned Night Herons at Pt. Pinole Regional Park with a jaw-dropping view of the San Francisco Bay.

Snowy Egrets have long been a bird of special interest — they were hunted to near extinction in the early 20th century for their plumes and have rebounded thanks to the grit and determination of conservationists.

But prior to this summer, many Bay Area residents may have never heard of a Black-crowned Night Heron – that is, until a May tree-trimming incident in Oakland resulted in several orphaned herons falling from their nests. Local and national media descended on this story as five young patients were brought to our San Francisco Bay center with broken bones and scrapes. All were also too young to survive on their own, and were released in early June after several weeks in care.

This year, we’ve raised over 250 young Black-crowned Night Herons and over 130 Snowy Egrets at the San 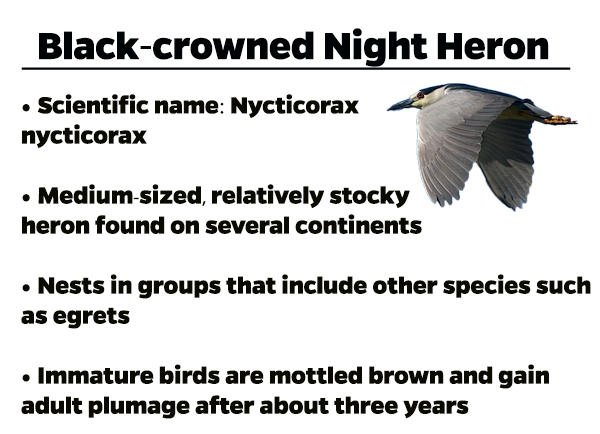 So we were very excited this week to team up with Chevron Richmond and the East Bay Regional Parks District to host a release event with RPAL kids on a field trip to Pt. Pinole. After their carriers were carefully carried and opened by team RPAL, the birds flew up into a nearby eucalyptus tree or to some tall grass nearby for cover.

As part of our Snowy Egret project, the egrets released all have red leg bands with a unique identification number. These birds are numbered C44, C45, C46, C47 and C48. If you see these birds in the wild, please report your sighting by emailing us.

International Bird Rescue’s team loves to share our passion for animals with local youth. If you are a local youth group in the Los Angeles or San Francisco Bay Area and you’d like more information on a release outing, please email us!

Chevron U.S.A. Inc. is a longtime supporter of International Bird Rescue’s local and global efforts to save seabirds, and will sponsor the community release of these herons. “We are honored to be a part of the release of these herons and provide RPAL youth with the opportunity to learn more about our environment,” said Kory Judd, Refinery General Manager. “Partnerships with organizations such as the International Bird Rescue are an integral part of our commitment to protecting and preserving the environment.”

Preservation plans for the release site at Breuner Marsh, located within the Point Pinole Regional Shoreline, include restoring wetlands and coastline prairie, as well as providing improved public access to the shoreline and a 1.5-mile extension of the San Francisco Bay Trail.

Thanks for being our release pals today, RPAL! 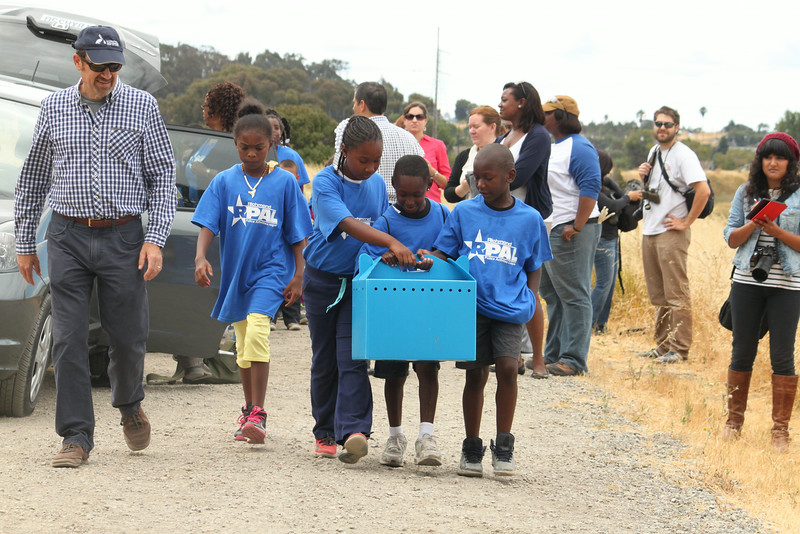 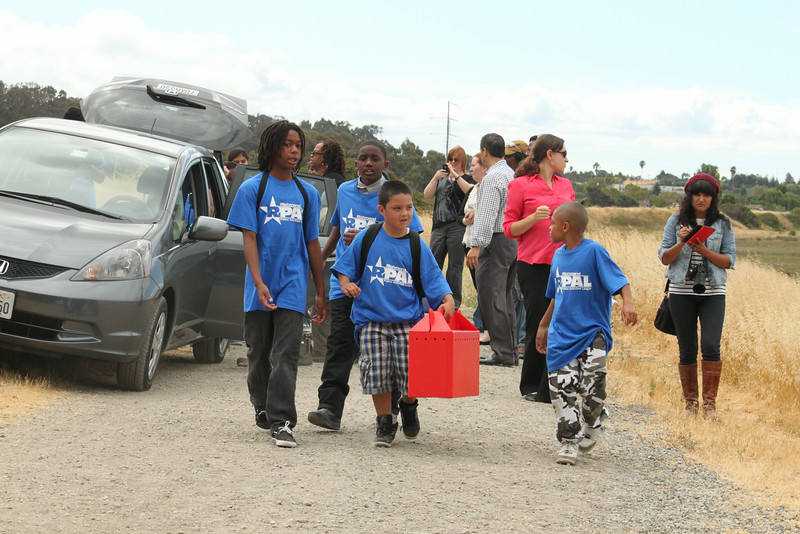 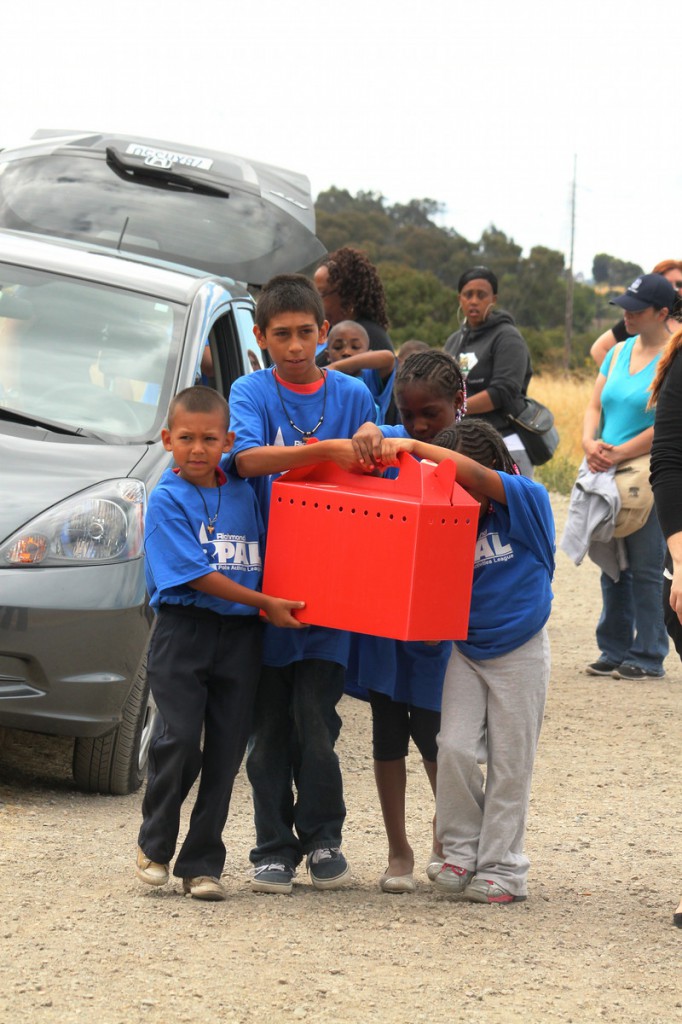 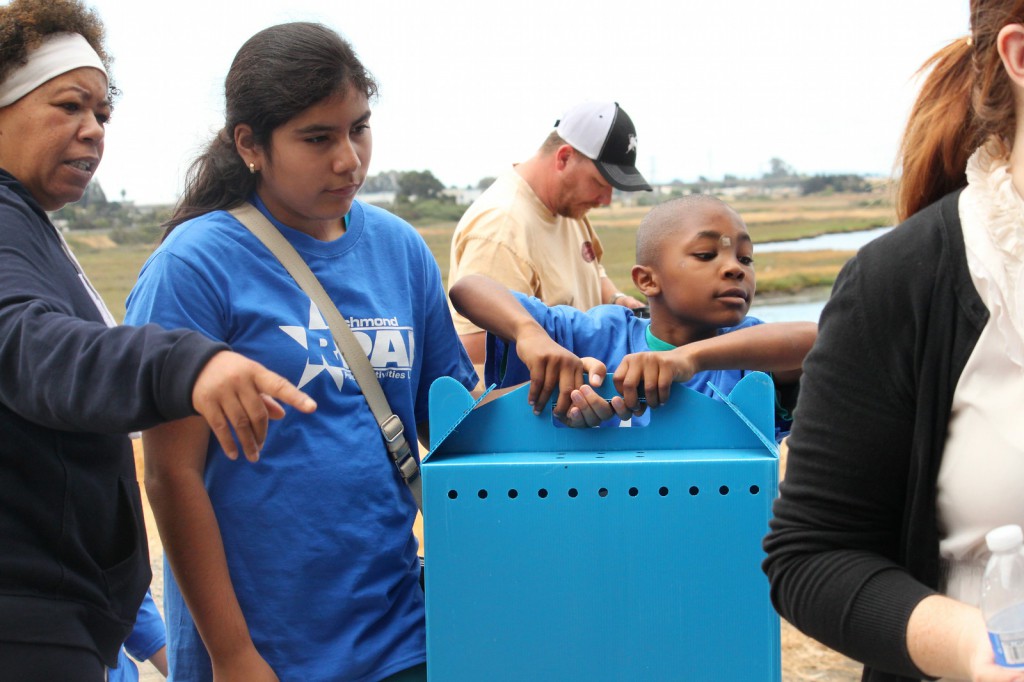 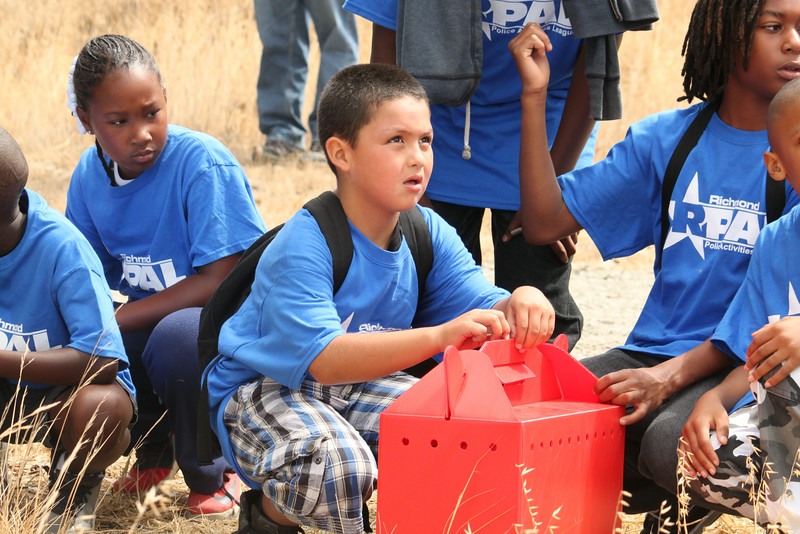 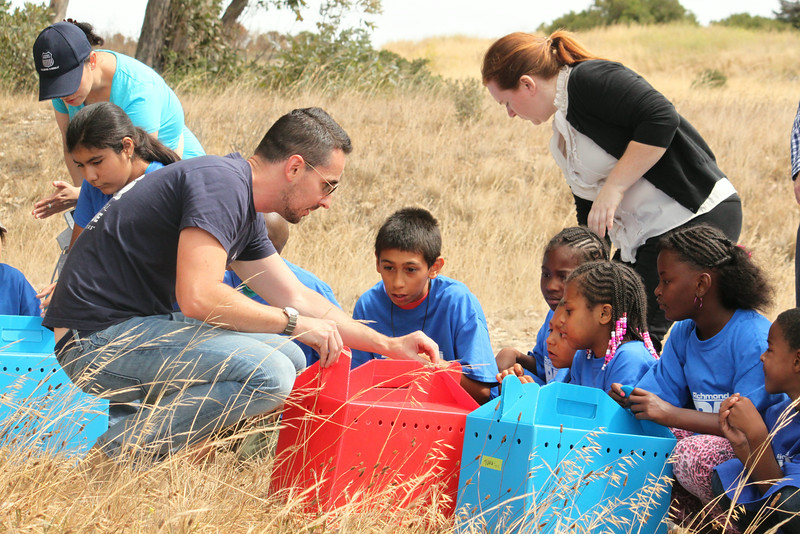 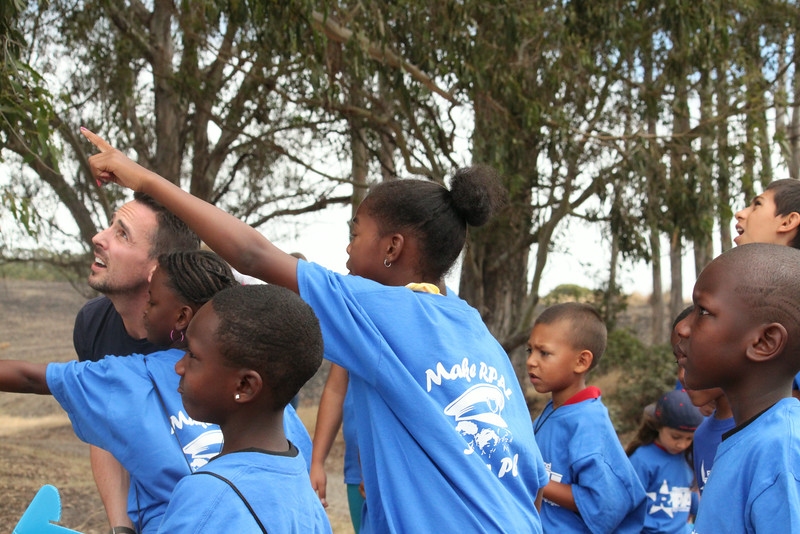 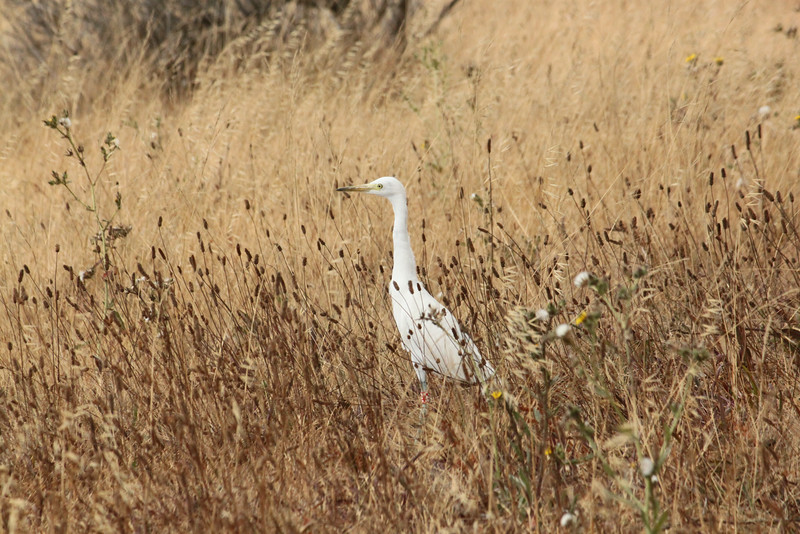 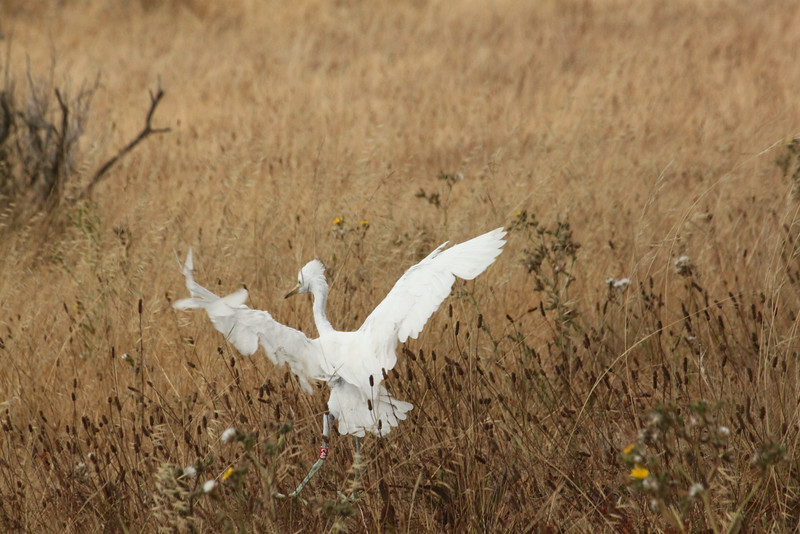 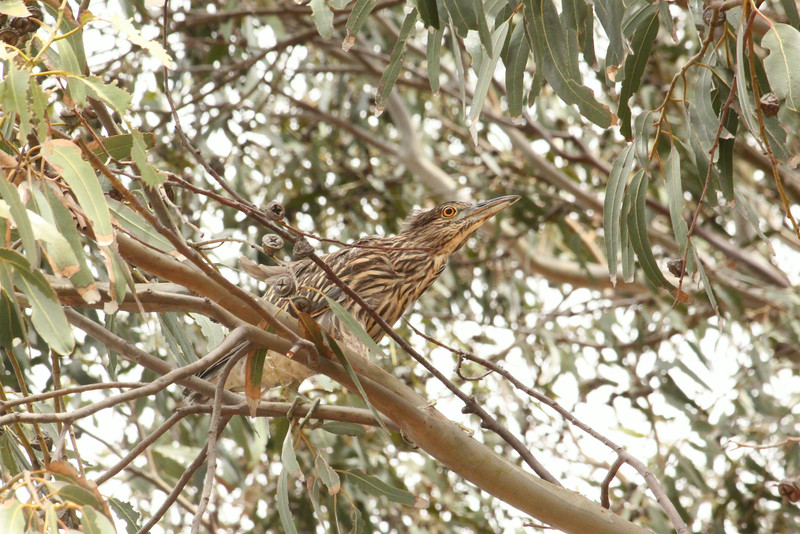