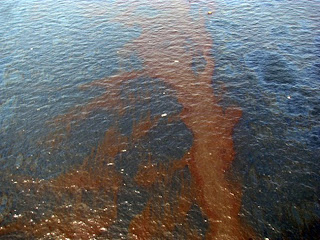 A team of aquatic-bird rescue specialists from International Bird Rescue Research Center (IBRRC) in California have been activated in an effort to support local groups preparing for oil spill impact on wildlife in Louisiana.

The team of four wildlife rescue experts will be led by oil spill veteran and IBRRC Director, Jay Holcomb, who has responded to 200+ oil spills around the world, including the 1989 Exxon Valdez oil spill. The team will be working to support local wildlife groups and other organizations as preparations continue for the potential of wildlife casualties from the Deepwater Horizon spill.

“This is a real team effort between all groups involved,” says Holcomb. “While International Bird Rescue has a great deal of experience at managing large-scale oiled wildlife rescue efforts, our primary role here will be to support local groups and to work together to make sure we do everything we can to minimize the impact on local wildlife.”

As well as Holcomb, the team will include a team veterinarian, rehabilitation manager and capture specialist. Once on the ground, the International Bird Rescue Team will work with local organizations to determine the need for additional deployments in the coming days or weeks.

Jay Holcomb – Jay has been the Executive Director at International Bird Rescue Research Center (IBRRC) since 1988. Since then Jay has led IBRRC’s oiled wildlife rescue team on over 200 oil spill responses around the world, including spills in France, Germany, Spain, Norway, Estonia, Mexico and the Galapagos Islands as well as in the US.

Heather Nevill – Heather is a native of Louisiana and is IBRRC’s Response Team Veterinarian as well as the Veterinarian for IBRRC’s Los Angeles Bird Rescue Center.

Julie Skoglund – Julie is the Rehabilitation Manager for IBRRC’s Los Angeles Bird Rescue Center. She has responded to over a dozen oil spills and recently managed the rescue of over 400 brown pelicans in Southern California.

We’ve been there before

IBRRC isn’t a stranger to Louisiana oil spills. In 2005 it assisted local wildlife rescue groups following the Tropical Storm Arlene. Following the storm, Breton National Wildlife Refuge was hard hit, where thousands birds were in the middle of nesting season. As the storm swept over the area it carried with it light crude oil that had spilled from a nearby oil rig. Even though the spill was only 12-15 barrels, the storm carried it on the waves, which swept over the low island, covering the pelican chicks with oil.

Within days a large warehouse in Venice, Louisiana had quickly been converted into a mash unit with 70 wildlife specialists and veterinarians evaluating and medically stabilizing the surviving birds before they could be washed. A total of 959 birds were recovered; all but three were brown pelicans and of these 268 were live chicks.

As an individual, you may feel you can’t help oiled wildlife. You can. Help the non-profit organizations that help oiled animals in your area. If you live in a coastal area, there is an organization struggling to help them – support it. If you live in California, you can help support International Bird Rescue’s ongoing rescue work by donating, becoming a member or adopting a bird.

Gulf spill is really a river of oil, environmentalists say: The Times-Picayune