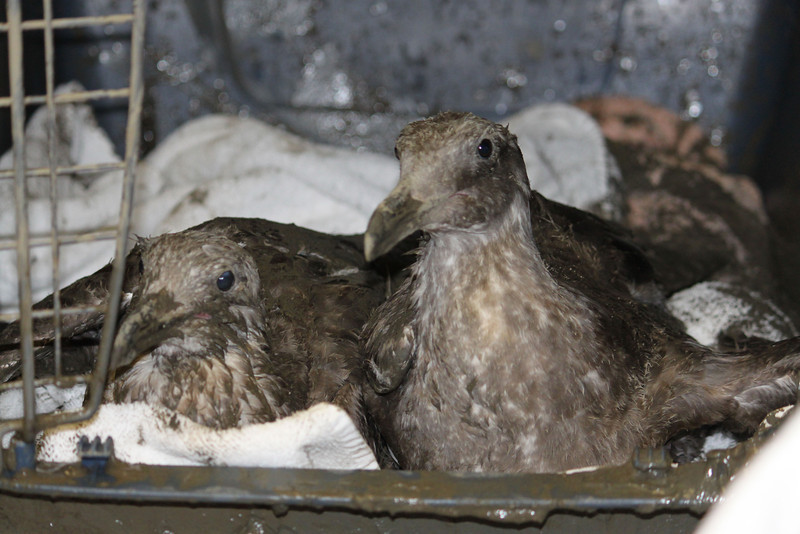 On Tuesday, two of our San Francisco Bay Area wildlife care center staffers, Isabel Luevano and Cheryl Reynolds, were dispatched for a rescue effort involving two Western Gulls tangled together in fishing line. Here, Luevano recounts the successful capture of the birds with the fantastic help of the U.S. Coast Guard. Photos by Cheryl Reynolds.

Yesterday around 2:30 pm, the clinic received a phone call from Vallejo Police about two gulls that were entangled with each other by fishing line. Animal control services were unable to help the birds since they were about 20 feet out in the water. Knowing the area, [San Francisco Bay Area center staffer] Cheryl and I offered to scope out the scene. We grabbed a kennel, some towels and a net with an extension.

Before we left the clinic in Cordelia, we received word from the police that the Coast Guard was also notified since the birds were far into the water.

Once Cheryl and I arrived on the scene, I received a phone call from the Coast Guard telling me that a group of officers would be helping in the rescue. Once I saw the birds in distress, I realized that this rescue would be bigger then me, a kennel and a net.

The two birds were stranded on the low-tide mud flats of the Vallejo Marina. Behind them, we could see by their footprints just how far the birds had managed to drag themselves as they tried to get away from members of public. The area where the gulls were located looked to be about a 15-foot drop from the walkway, which at normal tide levels is completely submerged in about 10 to 15 feet of seawater. 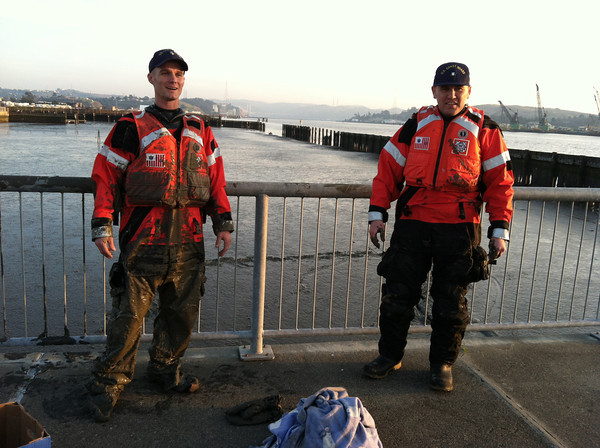 U.S. Coast Guard to the rescue.

At this point, we had met up with four or five Coast Guard officers suited up for action. Attempting to use wood planks to navigate the mud flats, they were sinking almost thigh-deep into the mud, and ended simply trudging through the sludge. One of the officers was then able to reach the gulls with our extended net. He secured them into the kennel and raised them up to safety.

Thankfully, the Coast Guard was able to jump into action. Without them, I would have not been able to rescue these birds without endangering myself, and the birds would not have survived once the p.m. tide came in.

Once the birds arrived to the center, we jumped into action, removing fishing line, a bobber, a weight and three treble hooks attached to a floater. Luckily, the birds were not hooked together, but tangled tightly in line: One gull’s feet were tangled and attached to the other gull’s wing. Since the birds were struggling in the exposed mud flats, they were also soaked and caked in thick, cold mud. After the line and hooks were removed and the birds were physically checked for injuries, we gave them a quick rinse-off. We then took an X-ray to make sure that all hooks were removed. 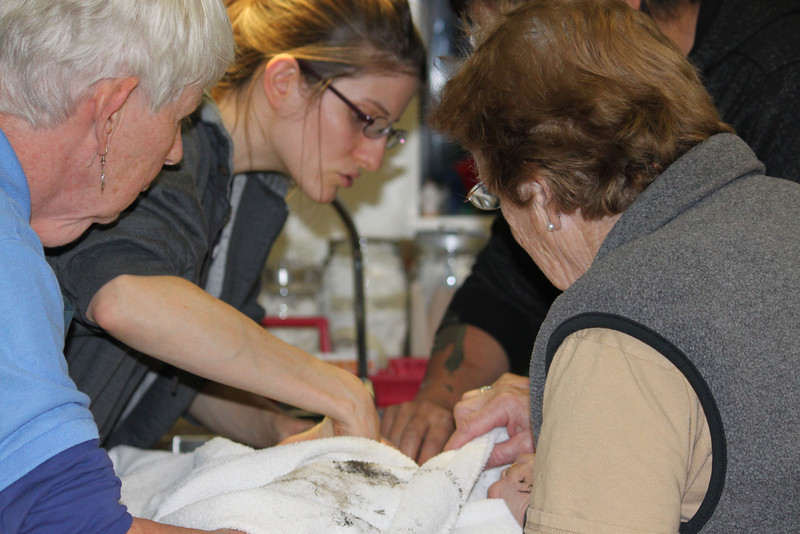 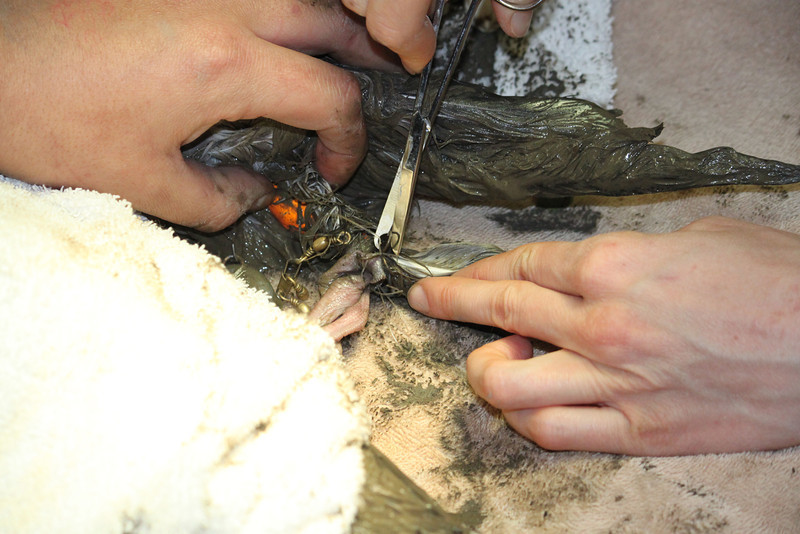 Removing fishing line and tackle from the birds.

Moving forward, they now just need to heal from minor fishing line injuries and hopefully will make a quick recovery.

Fishing line pollution is something that we see on a regular basis at the clinic. It’s a frustrating problem that injures innocent birds and is completely preventable. Knowing your impact on the world is half the battle, but the more information and education we can provide, the sooner we can turn it all around and make the world a safer place for all wildlife.

Help us continue our mission to save birds harmed by human causes. Learn more about how you can help at birdrescue.org/donate.

Photo of the rescue on the cover of Wednesday’s Vallejo Times-Herald by Mike Jory: 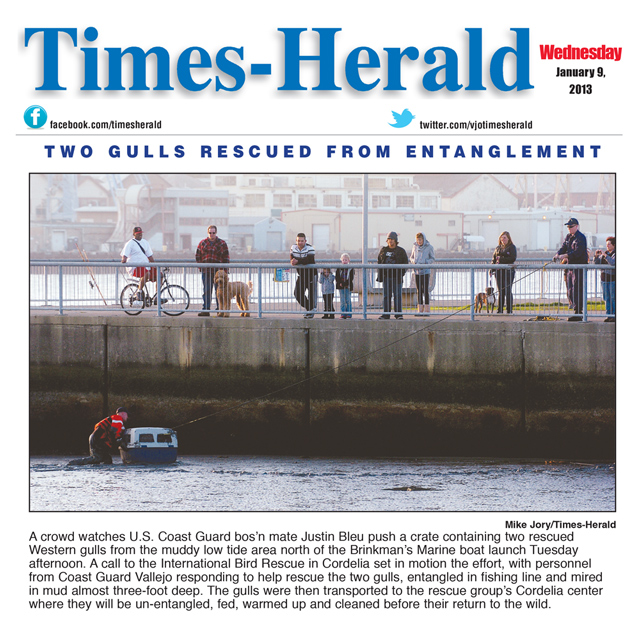