Skip to content
Home | Blog | The Release Files: a tern and a heron fly again! 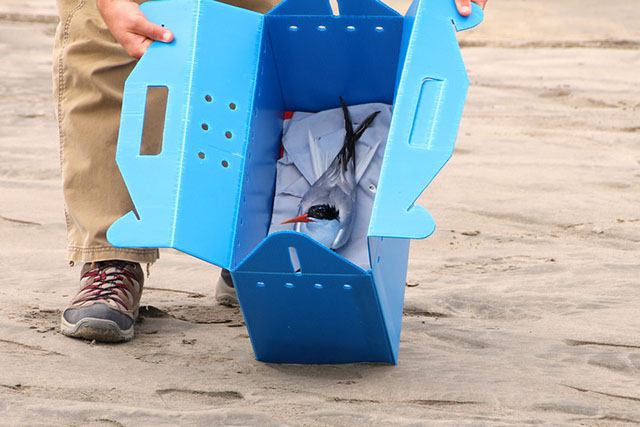 At last count, our wildlife centers are caring for well over 200 birds, from Pied-billed Grebes to a young American Avocet now learning to master catching live feeder fish. Here are two beautiful releases our staff and volunteers photographed earlier this week.

According to Audubon, Elegant Terns were historically only seasonal visitors to California until they were first discovered to be nesting on the West Coast of the U.S. in 1959 (on the beaches of San Diego, to be exact). Readers of this blog may remember a tragic event a few years back involving nesting Elegant and Caspian Terns that were hosed off a barge not far from our Los Angeles center in the San Pedro neighborhood. Young birds that survived the incident were cared for by our team. 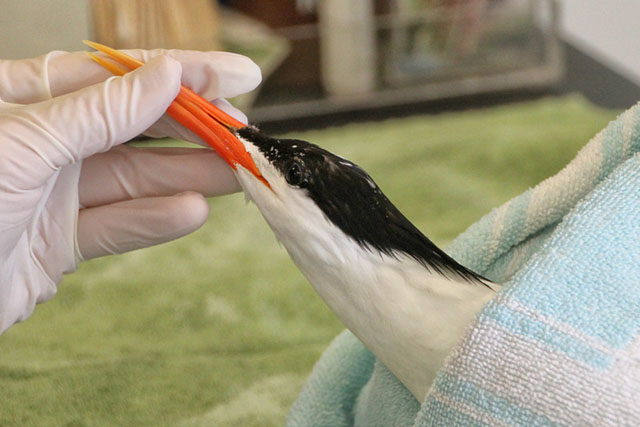 This Elegant Tern was found unable to fly by a member of the public at the Port of Los Angeles’ Pier 400. Upon its June 14 intake, the bird was emaciated and very dehydrated, and had feces covering its feathers. Staff rehabilitation technician and volunteer coordinator Neil Uelman reports that the bird underwent a wash to remove the contamination in addition to much-needed fluid therapy and plenty of food. Here, volunteer photographer Bill Steinkamp photographs the tern’s release. 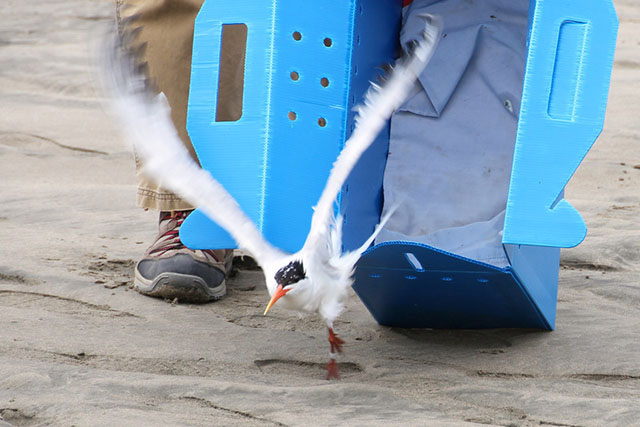 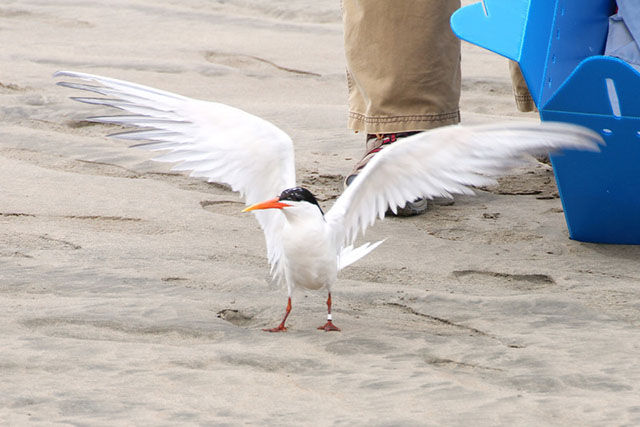 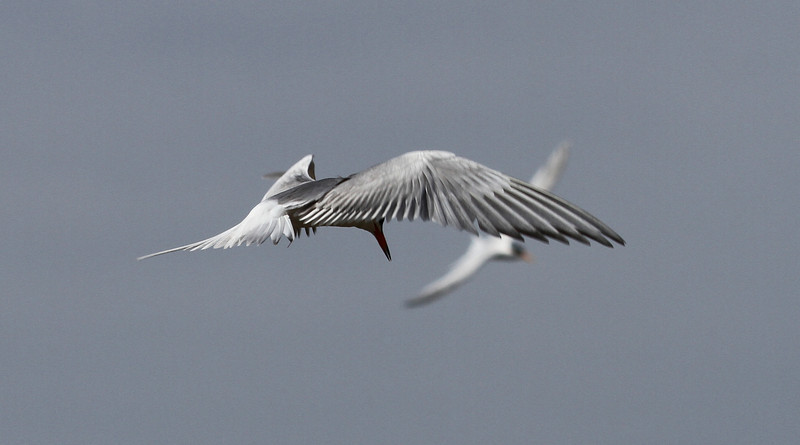 Up north at our San Francisco Bay center in Fairfield, this majestic Great Blue Heron shown below returned to the wild at Suisun Marsh. Last week, the bird was picked up by animal control officers at a Concord office, where it was found in a courtyard slamming against windows. The heron was easily captured and later released at Suisun, the largest brackish marsh on the West Coast. Volunteer coordinator Cheryl Reynolds took these photos of the heron upon release. 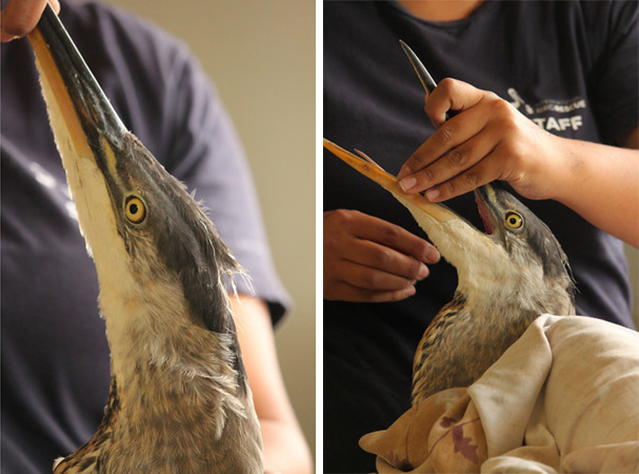 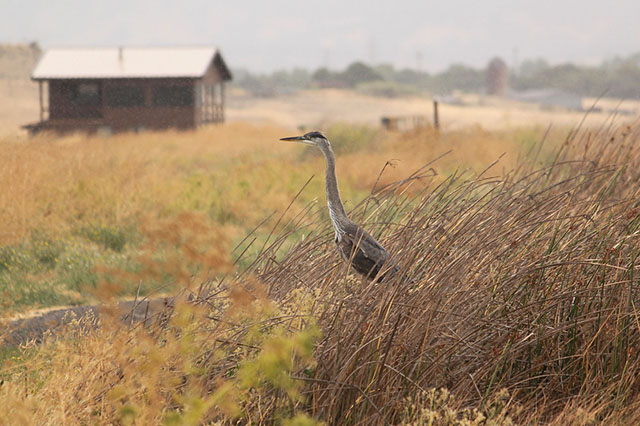 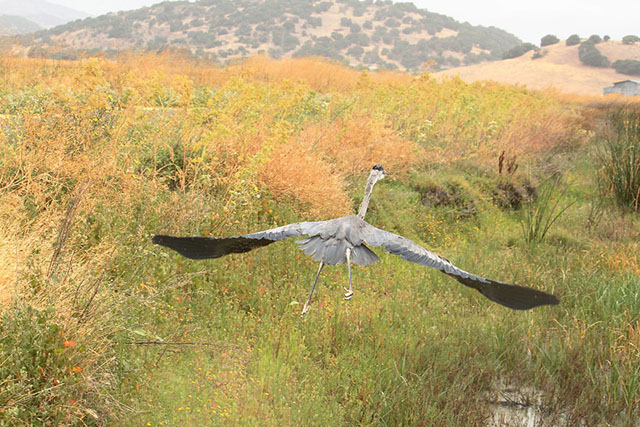 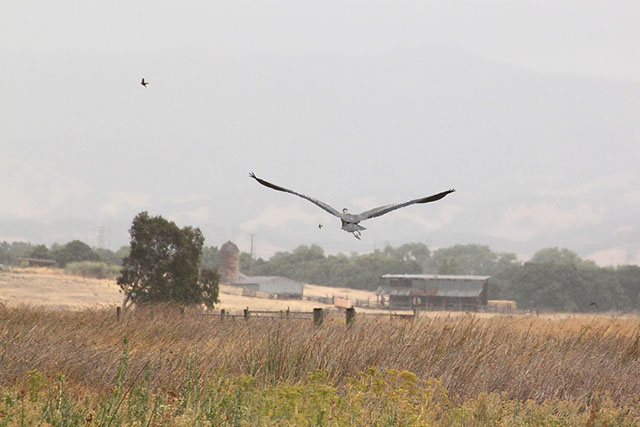 Bird by bird, our wildlife rehabilitation professionals care for animals in need, 365 days a year. Join us today and be a part of our “Every Bird Matters” team. 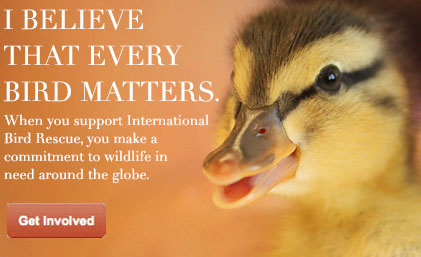