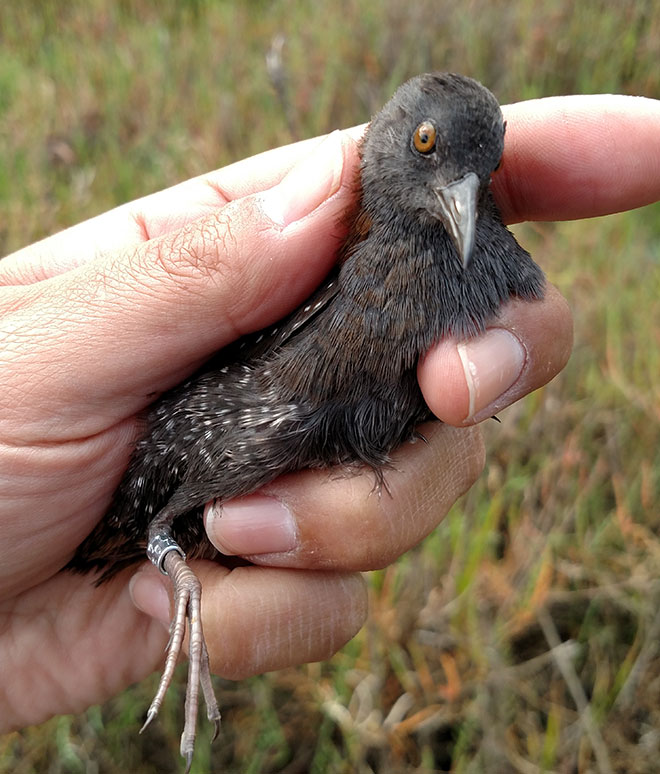 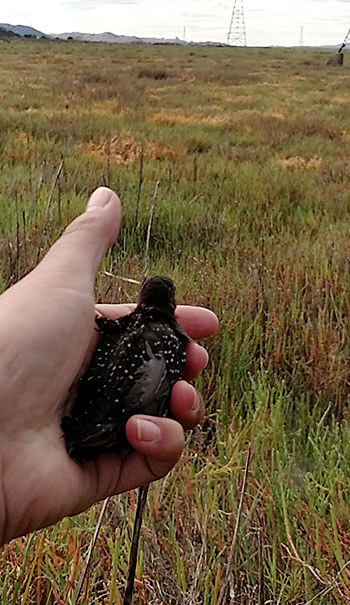 A Black Rail is back again where it belongs – hiding in nature.

Staff from our San Francisco Bay Center released the hatchling year Black Rail after came to us via WildCare after being rescued in Novato. It arrived on May 25, 2015 weighing 11 grams. It found with a small wound on its left elbow.

It more than doubled its weight to 24 grams before being released on June 26th at Black Point in Novato, CA.

Black Rails are super secretive as it walks or runs through shallow salt and freshwater marshes. It is rarely seen in flight. It’s the smallest of all Rails.