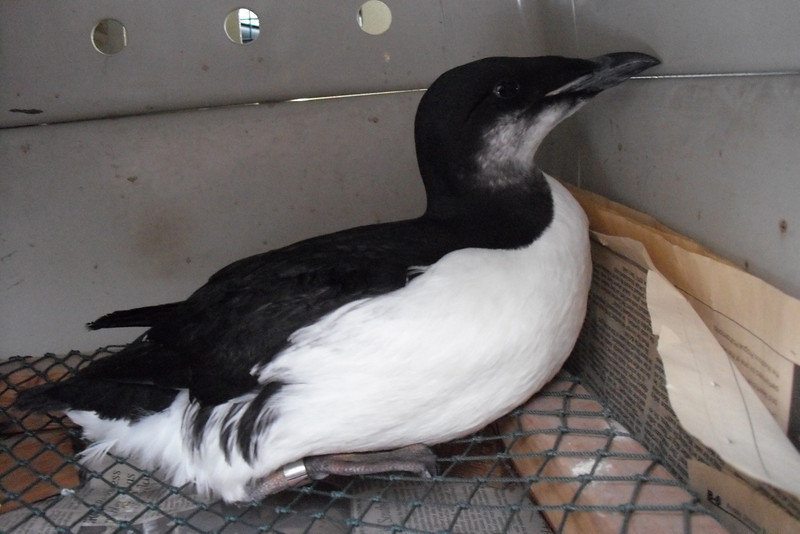 Last week, we reported on this blog about a number of animals found on Alaska’s St. Lawrence Island contaminated by oil from an unknown origin.

The source of this mystery oil has yet to be identified, according to news reports. But we’ve been at the ready to receive any oiled wildlife 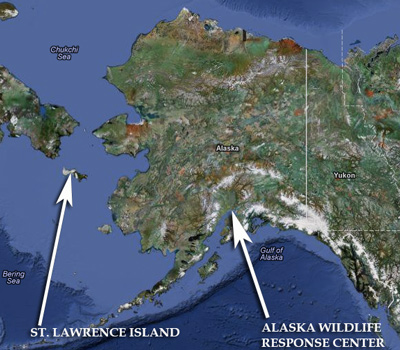 should more be found by officials or villagers on the remote island in the Bering Sea.

On November 10, International Bird Rescue received an oiled Thick-billed Murre, which was washed and rehabilitated at our Alaska Wildlife Response Center in Anchorage, founded following the 1989 Exxon Valdez spill. (Check out local media reports on this bird at Anchorage Daily News and Alaska Public Radio.)

After careful washing and treatment, the bird was released. We will keep you updated should we receive further oiled animals.

Did you know? International Bird Rescue is no stranger to treating birds oiled by remote spills in the Alaska region. In early 1996, we treated 165 King Eiders (a large northern seaduck) that had been oiled following a collision of two ships. The accident resulted in heavy fuel oil leaking into waters near St. Paul Island in the Pribilof Islands, located about 750 miles southwest of Anchorage.

A total of 126 birds were released by March 23, 1996. The survival rate at the completion of this response was 78%. Read a comprehensive report on this spill response here. 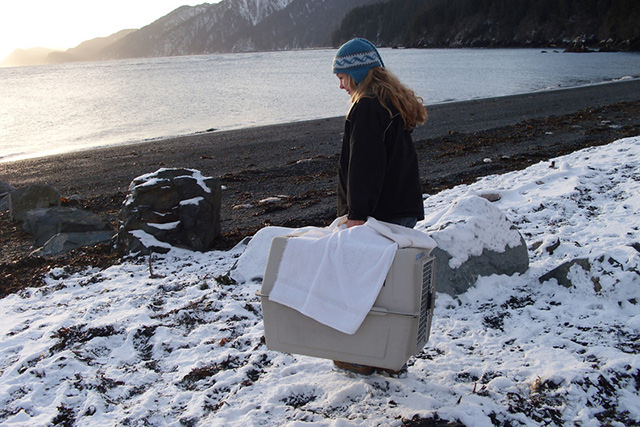 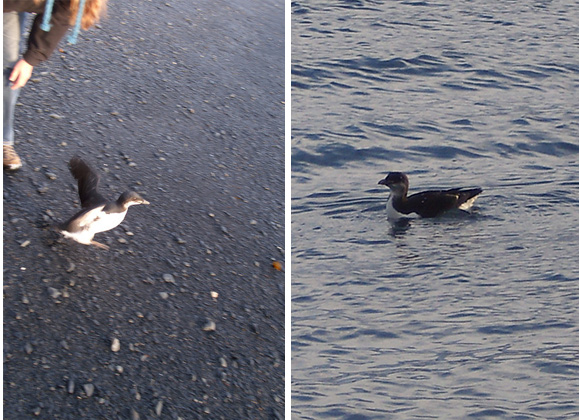