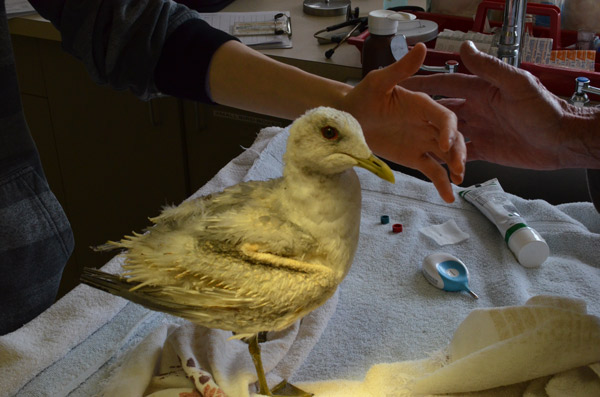 On Thursday, International Bird Rescue’s San Francisco Bay center received a Mew Gull (Larus canus) with severe burns. Center manager Michelle Bellizzi reports that an exam of the bird showed burns on the bird’s feathers, as well as its skin and the tops of the patagium (the front edge of the wing between wrist and shoulder). This little gull was also suffering from hock lesions, and its primary feathers had to be cut, as they were burned beyond use.

How had this gull been so severely burned? We could not immediately rule out animal cruelty. International Bird Rescue has seen cruelty cases of every stripe: pelicans with slashed pouches or clipped wings, gulls with “beer-can collars,” nesting terns on barges deliberately disturbed, leading to the deaths of their young.

In this case, we knew that the animal had been brought to Pinole Animal Control. Our team of sleuthing wildlife rehabilitators quickly tracked down the answers: Workers at a nearby wastewater treatment plant had brought the bird to the animal shelter after it had been caught in the facility’s methane flare that had been suddenly turned on. The workers who helped bring this bird into care were very happy to hear it’s alive and in IBR’s care. 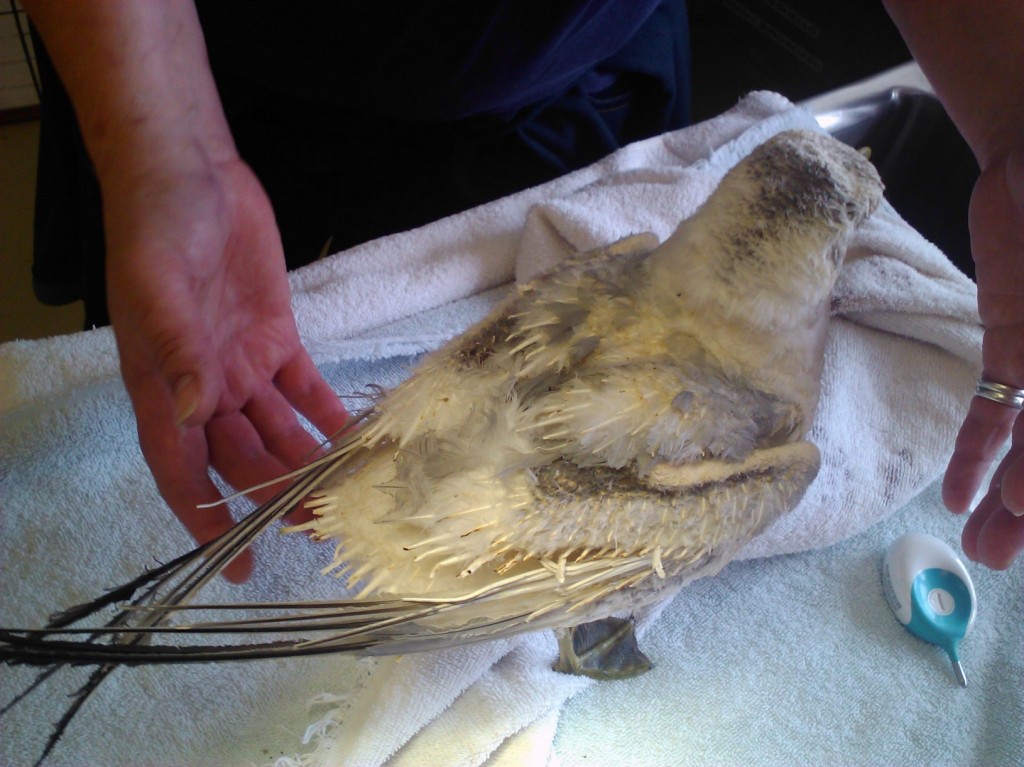 This Mew Gull’s prognosis is guarded, however. If all goes well, it will take the bird many months (and up to a year) to molt in new feathers. We’ll keep you updated on its progress. 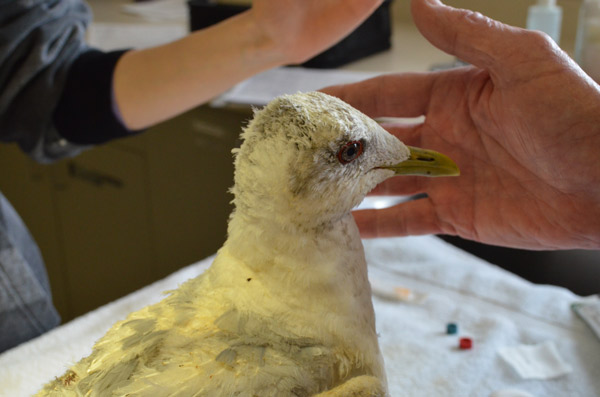 Read more about this small gull species at All About Birds.