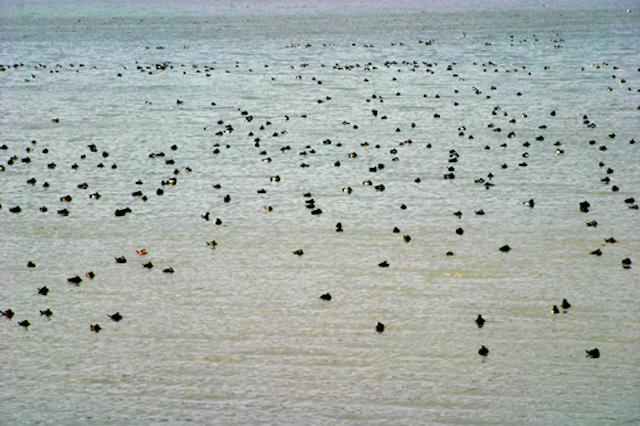 • The annual herring run swims into the San Francisco Bay, delighting birdwatchers and seabirds alike. “We’re the last predators to get a crack at those fish. Everyone else has come to the table, and we get the leftovers,” Nick Sohrakoff, a herring fisherman, tells the San Francisco Chronicle about the herring roe, a delicacy among sushi lovers. “There’s a lot of fish in the bay, and they seem this year to be a little bit bigger than they were in the past few years.”

• Meanwhile, populations of another primary food source for many marine animals has seen troubling declines on the West Coast. Tony Barboza of the Los Angeles Times takes an in-depth look at the West Coast sardine crash — the worst in decades — and its effects on marine mammals and seabirds.

The reason for the drop is unclear. Sardine populations are famously volatile, but the decline is the steepest since the collapse of the sardine fishery in the mid-20th century. And their numbers are projected to keep sliding.

One factor is a naturally occurring climate cycle known as the Pacific Decadal Oscillation, which in recent years has brought cold, nutrient-rich water to the West Coast. While those conditions have brought a boom in some species, such as market squid, they have repelled sardines.

If nature is responsible for the decline, history shows the fish will bounce back when ocean conditions improve. But without a full understanding of the causes, the crash is raising alarm. [Los Angeles Times]

• A Brown Booby, a rare vagrant in Northern California and the most high-profile patient thus far in 2014 at International Bird Rescue, gets its close-up in local news. [Daily Republic]

• There have been other Brown Booby vagrant sightings in recent memory, including this very strange case of a booby showing up in Buffalo, NY. [The Buffalo News] 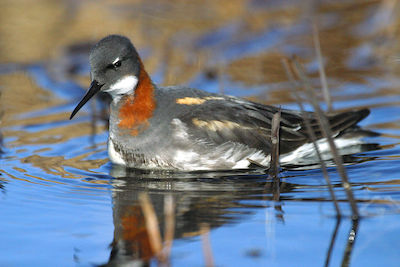 • A Red-necked Phalarope fitted with a tracking device has broken the European migration record with a 16,000-mile journey from the U.K.’s Shetland Islands to the Pacific, the Royal Society for the Protection of Birds (RSPB) reports.

“To think this bird, which is smaller than a starling, can undertake such an arduous journey and return safely to Shetland is truly extraordinary,” said RSPB’s Malcie Smith. “This tiny tracker has provided a valuable piece of the puzzle when building a picture of where phalaropes go when they leave our shores.”

International Bird Rescue has cared for Red-necked Phalaropes at both our California centers. The most recent was this bird, cared at our San Francisco Bay center for a fractured coracoid and released in Marin County. [The Herald – Scotland]

• More coverage on the Snowy Owl “invasion” of the East Coast. [CBS News]

RT @GPOceans: Will 2014 Be the Year of the Ocean? Keep spreading the word about #oceanhealth and make a difference. http://t.co/xtGqFSUPFk

A million bits of plastic per square mile in the Great Lakes. What are we doing? <http://t.co/L7gJEsxbcS>