Skip to content
Home | Blog | The week in bird news, May 2 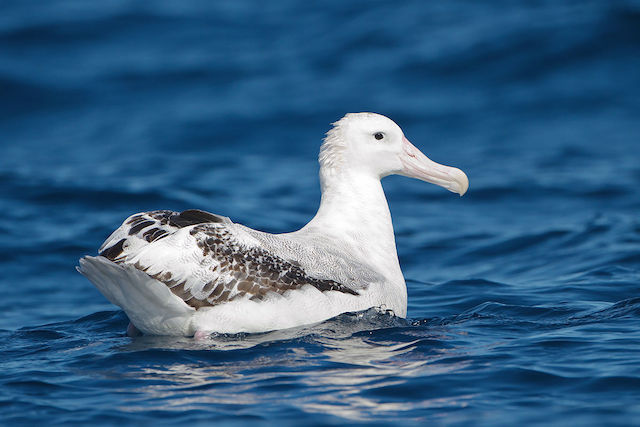 • A simple ruse is doing wonders to save albatrosses from becoming entangled in deep-sea trawling nets and drowning. The Cape Times in South Africa reports:

The solution was simple: a 30m rope is tied to the back of the trawler and about five to 10 “streamers” are attached to the rope at intervals of about 2m. A road cone at the sea end of the rope provides drag to ensure the line remains taut and keeps it aloft from the vessel. It runs parallel with the trawl cables. The streamers hang down and flutter in the breeze, distracting and confusing the seabirds enough to keep them away from the trawlers’ cables.

The bird-scaring lines, or tori lines, were invented by the Japanese captain of a long-liner fishing vessel.

• Researchers find that several species of birds have actually thrived in the area surrounding the nuclear power station in Chernobyl, Ukraine, which exploded in 1986. [ScienceNews.org]

• Records from the The Port Authority of New York and New Jersey show that over the past five years wildlife contractors killed over 1,600 protected 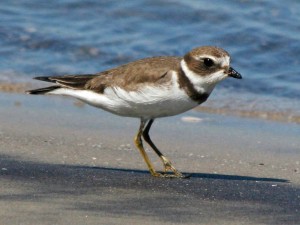 birds, including Semipalmated Plovers, without permission at John F. Kennedy International Airport. “It appears they will kill anything they see and they don’t think twice about it,” said Jennifer Barnes of Friends of Animals, which recently filed a federal lawsuit to suspend migratory bird killing at Kennedy. [Huffington Post Green; photo via Wikimedia Commons]

• Reward in pelican mutilation case doubles to $20,000 amid outrage. Via LA Times: “Far too often, we see victims of senseless cruelty at the hands of people who are never punished,” Jay Holcomb, International Bird Rescue’s executive director, said in a statement. “We are thankful for the support of an anonymous donor to bring further attention to this horrifying case, and grateful for the Port of Long Beach’s support of Pink’s long-term care.” [Los Angeles Times]

The Great Elephant Census will reveal the extent of poaching & urgent need to protect existing populations in Africa. http://t.co/nZ40eBWuoK