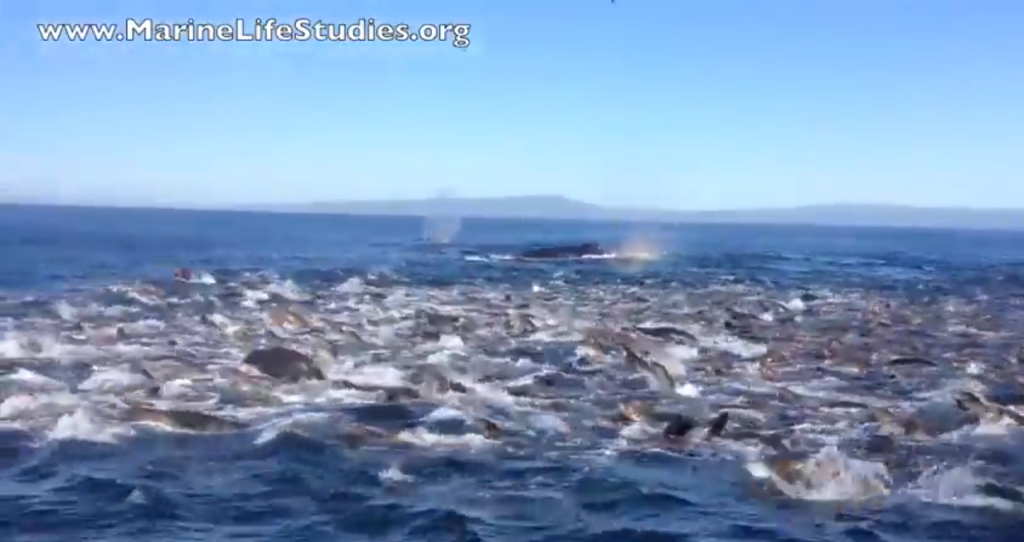 • An abundant anchovy population — the reasons for which are currently unclear — provides for magnificent feeding frenzies of whales, sea lions and seabirds in California’s Monterey Bay. Via Audublog:

Nobody knows why anchovy are abundant here and scarce in other areas. This small, energy-rich fish can fairly be described as the single most important prey species for seabirds in Baja, California and Oregon due to its small size and nearshore distribution. Yet this essential prey item is facing new threats. While information on anchovy stock status is scarce, the little information that does exist suggest stocks have declined on the west coast over the past 20 years.

Fishing pressure is currently low, but is likely to increase due to the collapse of sardine over the past decade. Management attention and standards fall far short of what is needed to meet federal requirements for any actively fished species, let alone an essential prey item. [Audublog]

• A wind energy company charged in the deaths of 14 Golden Eagles and dozens of other birds killed by turbines agreed to pay $1 million in fines for violations of the Migratory Bird Treaty Act. [New York Times]

• Conservationists denounce a legislative proposal to increase logging on 2 million acres of Oregon forests, which could lead to a decline of habitat for endangered species such as the Marbled Murrelet. [American Bird Conservancy]

• The Nature Conservancy buys all but 6% of a 1,244-acre uninhabited island in Lake Michigan that serves as a key stopover for migratory birds. [Chippewa Herald] 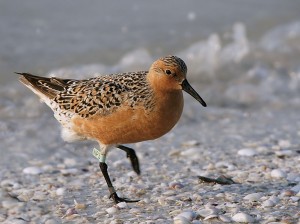 • A declining horseshoe crab population in the Delaware Bay threatens the Red Knot, a medium-sized shorebird that the U.S. Fish and Wildlife Service has proposed to designate as a threatened species. Along with the use of horseshoe crabs as bait, the pharmaceutical and food industries use a clotting agent in horseshoe crab blood to test for the presence of bacterial toxins. [New York Times; Red Knot photo by Hans Hillewaert/Wikimedia Commons]

• The 1,000+ bird species that call Burma home are the subject of “Dancing with Wings,” a new book featuring the Spot-billed Pelican, Black-headed Ibis, Oriental Darter and more. [The Irrawaddy] 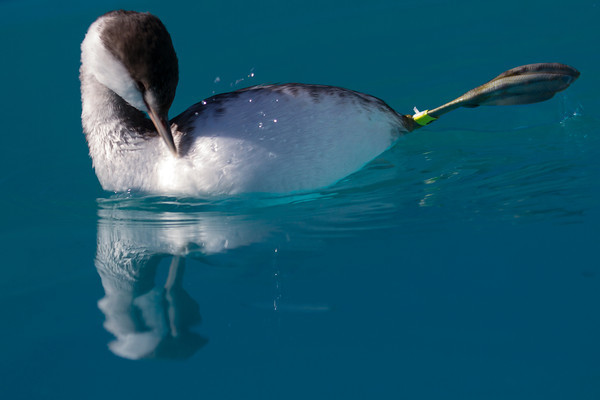 Timeless photos that celebrate our mission of inspiring people to care about the planet: http://t.co/BIpCJOozlM pic.twitter.com/MRYYVWnMsO

An unpleasant watch, but important video evidence: shearwater chick being predated by a black rat http://t.co/n2OUSQYTEU

Thx for your support to protect the #AntarcticOcean. We cannot give up, we will find a way forward. http://t.co/VP4JruK6If