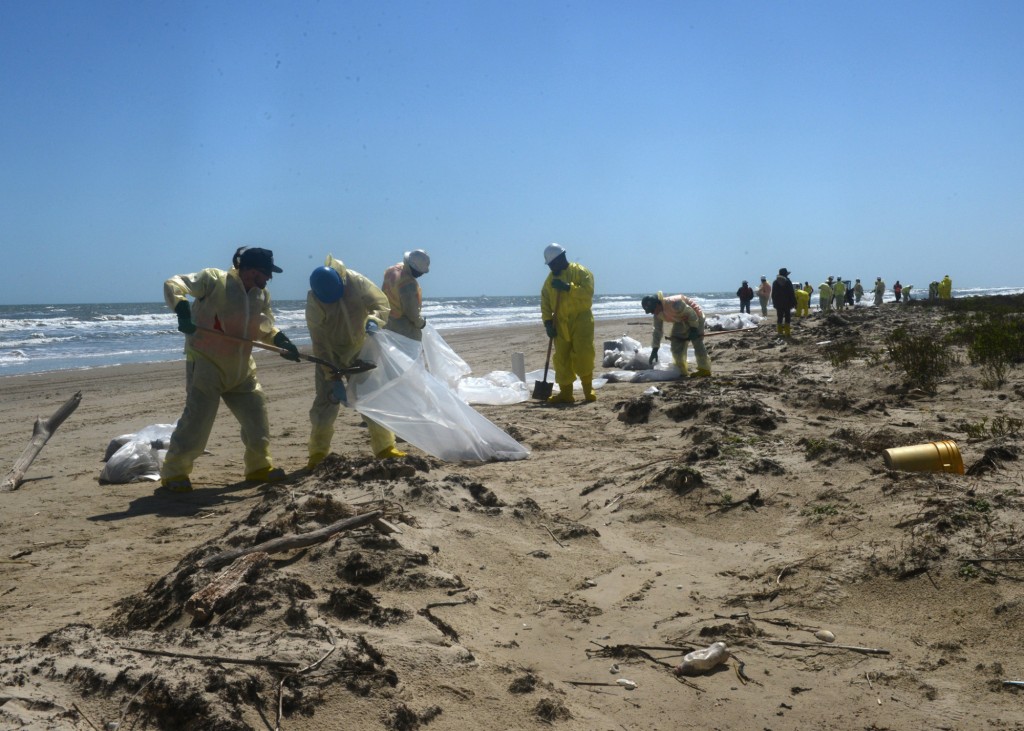 • Hundreds of dead, oiled birds continue to be found on the Texas Gulf Coast following an oil spill near Galveston late last month. The Texas Tribune reports that as of yesterday, 329 oiled birds had been found from Galveston Bay to North Padre Island over 200 miles south.

“A lot of these shorebird species are not doing well to begin with, and we keep chipping away at their populations,” said David Newstead, a research scientist at the Corpus Christi-based nonprofit Coastal Bend Bays & Estuaries Program. “At some point, they won’t be able to recover from repeat insult.” [Texas Tribune]

• For the first time in centuries, the endangered Nēnē returns to the Hawaiian island of Oahu. [Atlantic Cities]

• A $21,000 reward has been offered for information leading to the arrest and conviction of individuals responsible for the shooting of three male otters found dead last fall at Asilomar State Beach in Northern California. [Huffington Post]

• A new study shows that dolphins are in poor health following the 2010 Gulf Oil Spill. [NOAA Response and Restoration Blog]

• Migratory birds flying in Japan’s coastal waters are being surveyed for possible contamination resulting from the Fukushima nuclear disaster in 2011. [Earthweek]

No foolin’ this is our first orphaned bird this spring: http://t.co/jyvguN4CkZ pic.twitter.com/gf7Od5b4Pb

1 thought on “The week in marine news, April 4”