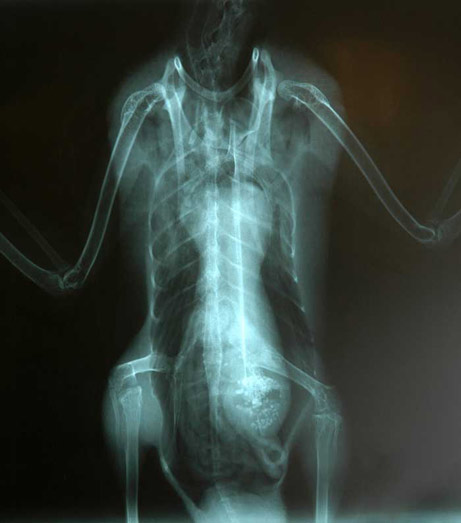 Seven years ago this Memorial Day weekend, International Bird Rescue made history with our eBay sale of an X-ray of an injured duck that had the appearance of an alien in its stomach.

The X-ray was sold to the GoldenPalace.com for $9,600, made international news and was featured on both Countdown with Keith Olbermann and The Tonight Show with Jay Leno. It was also featured in a Farley cartoon and on National Geographic News. Golden Palace, an online casino, added it to its Museum of Oddities.

Read more on this unusual story in the East Bay Times.