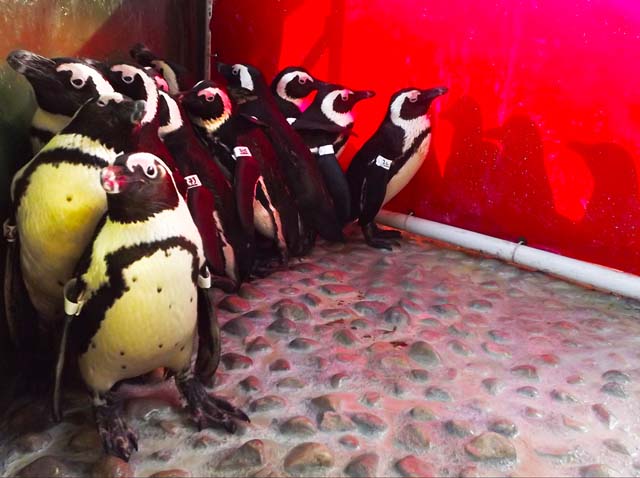 Our friends at The Southern African Foundation for the Conservation of Coastal Birds (SANCCOB) have this update on efforts to save oiled birds affected by SELI 1, a freighter wreck near Robben Island that broke into three pieces in severe weather, causing an oil slick:

Since the spill, SANCCOB has admitted a total of 219 oiled, endangered African penguins, 2 oiled Cape Gannets, 33 penguin chicks and 3 eggs that were abandoned as a result of their parents being oiled. The oil slick was drifting in Table Bay, which is one of the main feeding grounds for seabirds from Robben Island and the West Coast National Park, but aerial surveillance reports indicated that much of the oil seen leaking from the vessel had been cleared up.

From 5-19 September 2012 all the 221 oiled seabirds were washed by SANCCOB’s dedicated staff and volunteers and together with the 30 chicks and the eggs are currently undergoing rehabilitation at SANCCOB’s centre. Two of eggs have hatched in SANCCOB’s Chick Rearing Unit while one was deemed not viable. All of the birds are in a very good condition and are responding well to the rehabilitation process. The first group of birds will be released next week after they have been given the final nod-of-approval from our veterinary team.