Skip to content
Home | Blog | We’re hosting “KNX On Your Corner” in San Pedro on Fri, July 19 — and you’re invited! 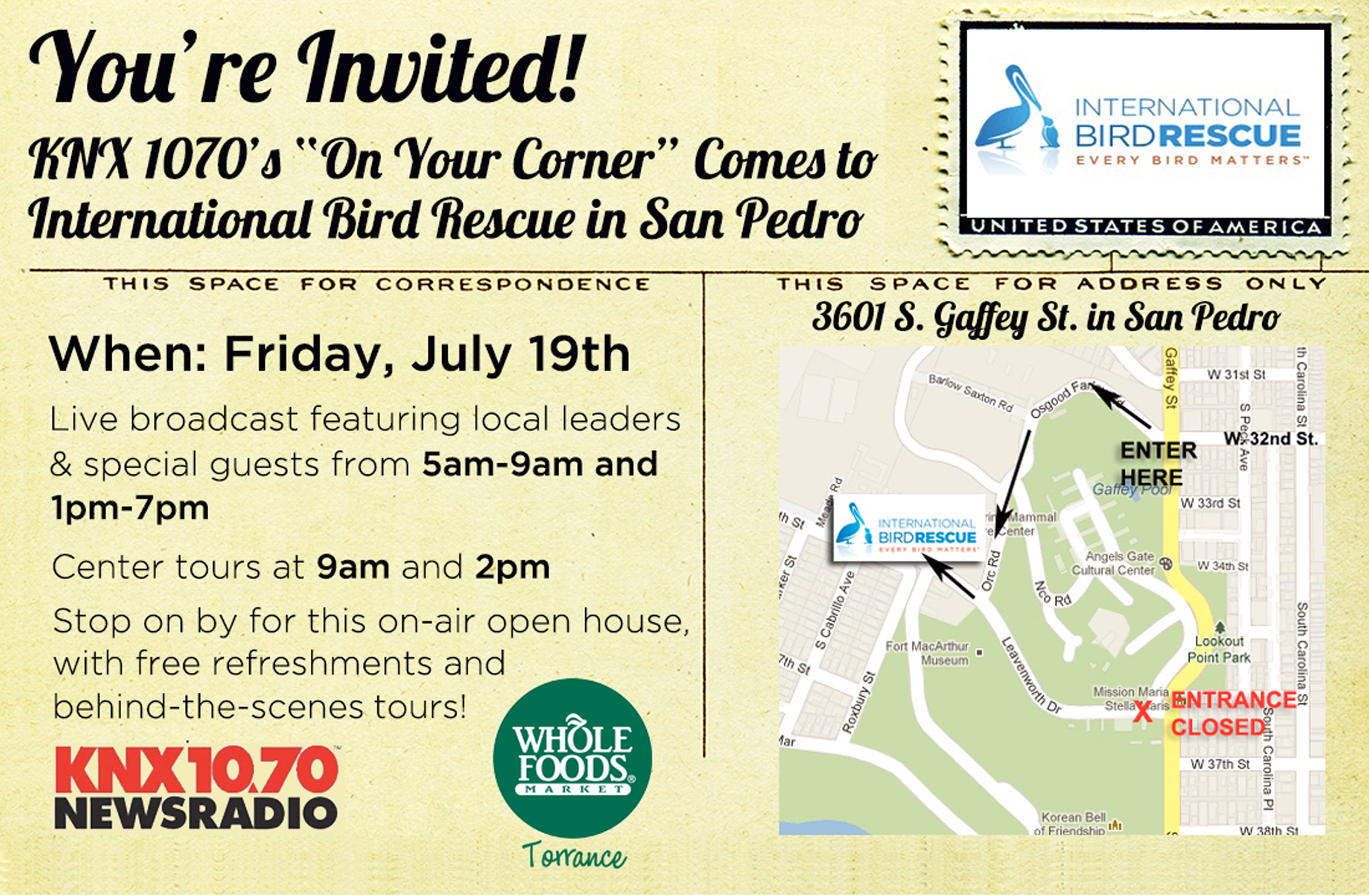 Have you ever wanted a behind-the-scenes look at the world of bird rehabilitation? Here’s your golden opportunity to do so!

On Friday, July 19, International Bird Rescue’s Los Angeles center, located in the San Pedro neighborhood, will host KNX 1070 NEWSRADIO’s popular “KNX On Your Corner” spotlight, with two live broadcasts from the center, from 5am-9am and 1pm-7pm.

During the day, we’ll be featuring an open house, with two free, scheduled exclusive tours of the center at 9 am and 2 pm. You can also stop by for a sneak peek at the live broadcast from our center, with refreshments to boot, courtesy our friends at Whole Foods Torrance.

See you on July 19th! Here are the official details via KNX, as well as a local map with directions to the center:

“KNX On Your Corner” to Spotlight

Station Will Broadcast Live from International Bird Rescue on July 19

KNX 1070 will focus on key issues and happenings in San Pedro and the Port of Los Angeles, along with the peninsula communities of Palos Verdes, Rancho Palos Verdes, Rolling Hills and Rolling Hills Estates.  Civic leaders and other guests will be featured during the special broadcast to give Southern Californians insight into the unique attributes, history and future development in the area.

The public is invited to join in the day’s activities when KNX brings its operations to San Pedro for a live broadcast and open house at the International Bird Rescue located at 3601 S. Gaffey Street.  The center rescues and cares for thousands of injured birds annually and will offer rare tours of the facility at 9am and 2pm.  Free refreshments will be provided throughout the day.

Stories and photographs from “KNX On Your Corner” events are posted online at www.cbsLA.com/onyourcorner.  The series is presented by Community Bank.

“KNX On Your Corner” was honored in January by the Radio & Television News Association of Southern California with a Golden Mike Award in the category of Best Feature News. 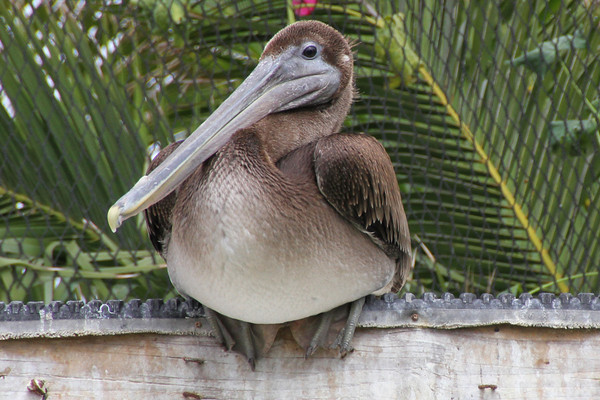