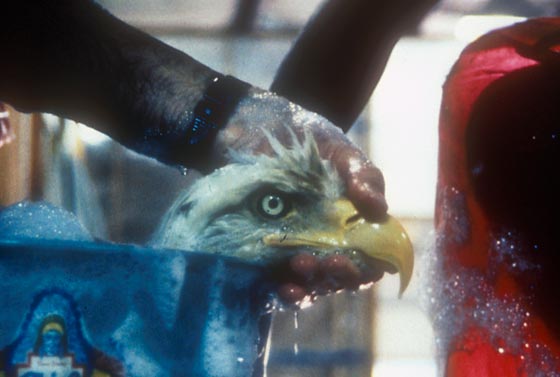 One of the nation’s worst oil spills occurred in Alaska’s Prince William Sound on March 24, 1989. At least 11 million gallons of crude oil spewed out of the Exxon Valdez tanker after it struck Bligh Reef in the early morning hours. While only 20% of its cargo leaked into the surrounding waters, the huge spill caused wide environmental damage, damaged Alaska fisheries and killed thousands of seabirds. The resulting slick stretched for 1,300 miles along Alaskan coastline.

Studies of oil spills continue to show what incredible damage is caused by these events. It has been documented that petroleum-based hydrocarbons can severely impact aquatic life at concentrations as low as one part per billion. 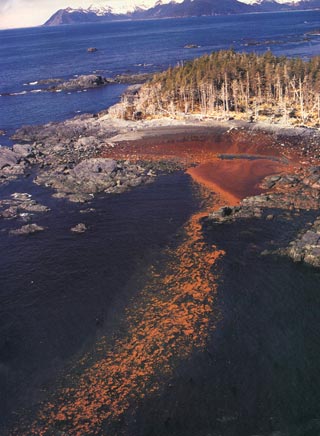 During the spill, seabirds were immediately affected by the oil. The resulting spill penetrated their plumage, reducing the insulating ability of their feathers. Oiled birds are prone to hypothermia and much less buoyant in the water. The oiled feathers also impairs birds’ flight, thus making it difficult or impossible to feed and escape from predators.

As they attempt to preen or clean their feathers, birds will ingest oil that coats their plumage, causing kidney damage, altered liver function, and digestive tract distress. The limited feeding ability coupled with the ingestion of the oil quickly causes dehydration and metabolic imbalances. Most birds affected by an oil spill will die without human intervention.

The Prince William Sound has always been abundant with water-loving birds – including ducks, murres, cormorants and grebes. It’s estimated by wildlife biologists that at least 250,000 birds died and disappeared in the sound following the spill. Biologists also counted over 1,000 dead sea otters.

The Exxon Valdez disaster was the first major spill where field stabilization and transport were utilized extensively.  In order to cover the vast coastline that had been oiled, four regional centers were set up at Valdez, Seward, Homer and Kodiak Island. Birds were often kept overnight on boats in the most remote areas.

Stabilization consists of warming or cooling birds to help maintain a normal body temperature, providing oral fluids to combat dehydration and providing them with much needed rest in a dark quiet place. After initial stabilization birds can be transported to the main rehabilitation center. After the stabilization, even the five-hour boat ride over rough waters to the nearest center increased the chances of survival.  If not for this basic field stabilization and transport many more birds would have lost their lives to the Exxon disaster.

Alyeska, the oil response association that represents seven oil companies who operate in Valdez, including Exxon, assumed responsibility for the cleanup. Alyeska later opened an emergency communications center in Valdez after the spill and set up a second operations center in Anchorage, Alaska.