One of our favorite bird stories this month is of an American Kestrel named Kele, shown above fulfilling his  “foster dad” duties with a baby kestrel at 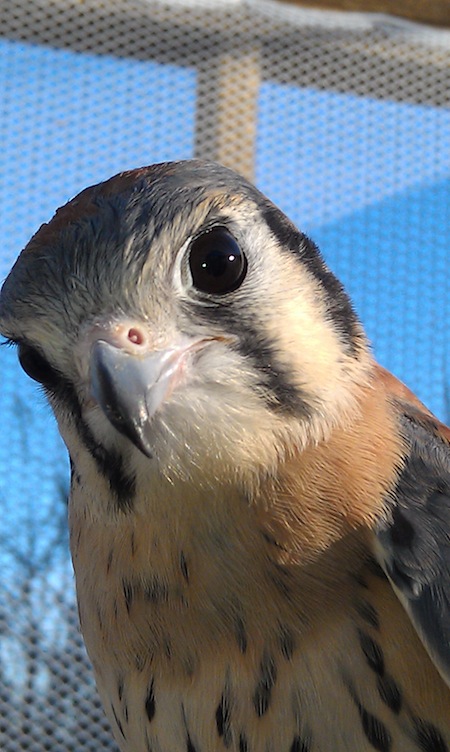 Two years ago, Kele originally came to International Bird Rescue’s San Francisco Bay center via members of the public who had noticed that this bird was quite fearless around humans.

Clinic staff kept the bird for several months, rehabilitation technician Isabel Luevano reports, as they wanted to be absolutely sure that this bird would be a good candidate as an educational bird rather then a wild bird.

Once this determination was made, Wildcare offered to work with the kestrel, where he is now a wonderful educational animal/surrogate father for orphaned kestrels.

Read more on Kele at the Marin Independent Journal. (Hat tip to Karen Sheldon for sending us this story.)