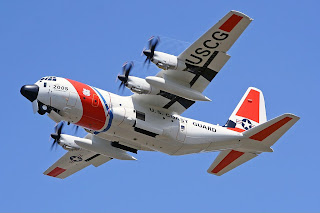 We have some really sad news to report tonight. The U.S. Coast Guard C-130 that crashed in waters off San Diego Thursday evening is the same aircraft that was used in the mission earlier this week to transport 305 slimed birds from Oregon bound to IBRRC’s Northern California rescue center.

According to a KCRA-TV media report, one of the Sacramento-based Coast Guard crewmembers that helped in the Monday rescue effort was involved in Thursday’s 7 PM crash. The C-130 collided with a Marine Corps helicopter while both searching for a lost boater about 50 miles off the San Diego County coast and 15 miles east of San Clemente Island.

As of tonight no survivors have been found. Seven Coast Guard crewmembers were on the C-130 and two were in the AH-1 Cobra helicopter.

Our thoughts and prayers are with the crewmembers families and their fellow Guardians.