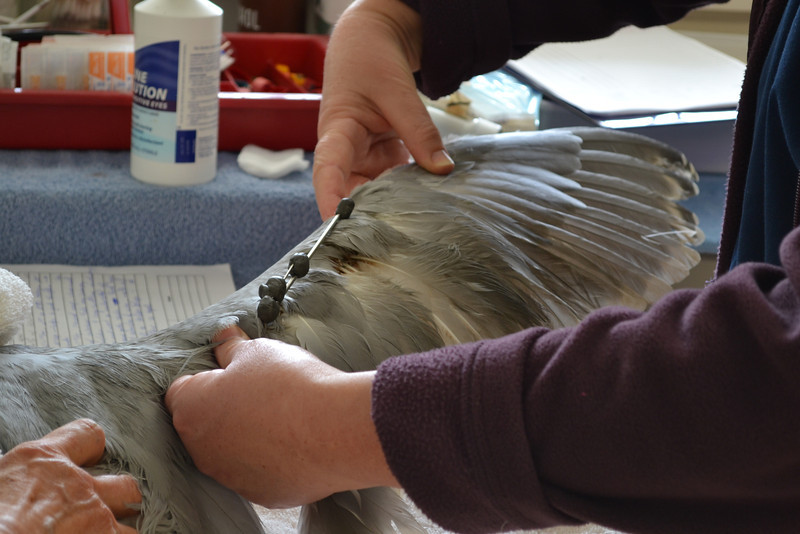 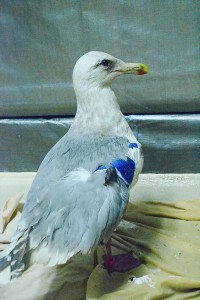 This Glaucous-winged Gull was admitted to Native Animal Rescue in Santa Cruz on January 31 with a badly broken right wing and a wound on its hock joint. After transfer to our SF Bay center we found the bird to have a massive amount of soft tissue damage at the site of a double fracture of both the radius and ulna.

In order to have a decent prognosis for recovery, this sort of combination fracture requires surgical pinning. After a day of stabilizing care, our veterinarian pinned the wing fractures and also dressed the leg injury on the hock. The bird recovered from surgery well and has been doing great since the procedure. Currently, the leg injury has largely healed and the pinned wing is doing well.

Initial concerns about blood supply and whether the soft tissue injuries were too severe to support fracture healing have been resolved. Prognosis for flight ability remains guarded. 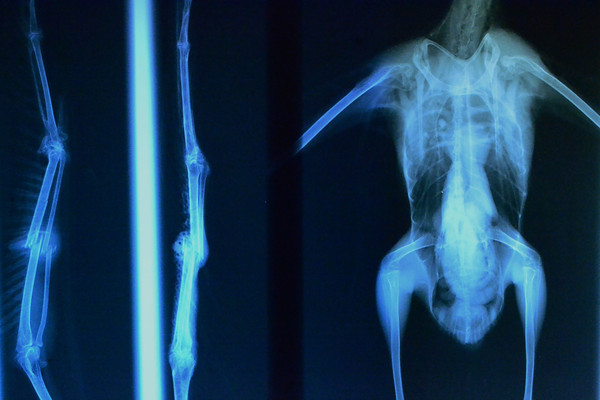 X-rays of the double fracture, shown on the left