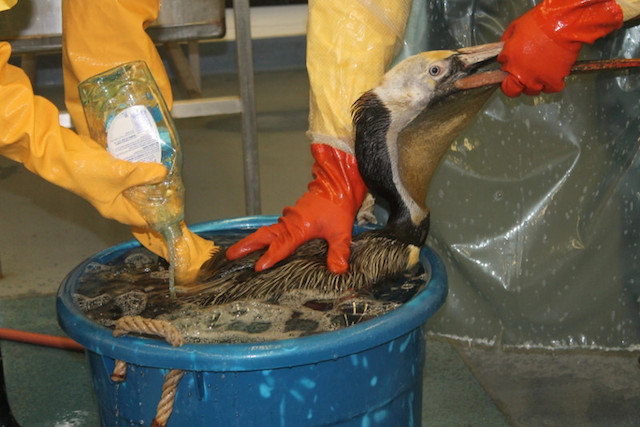 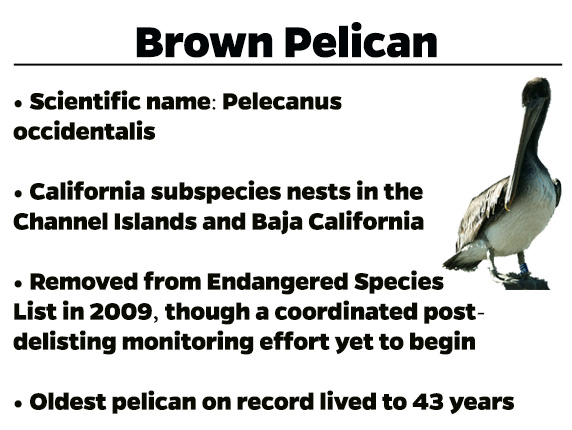 Last week, our Los Angeles center received an oiled Brown Pelican found wandering in a Torrance parking lot and picked up by the city’s animal control after it was unable to fly away.

We’re not sure how this bird became oiled, but upon intake the bird was eating well and showed no other signs of injuries, volunteer coordinator Neil Uelman reports. Here, IBR’s L.A. center team gives the pelican a thorough wash on Friday with the help of Dawn dish soap.

Also last week, International Bird Rescue partnered with Audubon California urging federal officials to finalize a coordinate monitoring effort of Brown Pelicans, as they have done for birds such as Bald Eagles and American Peregrine Falcons following removal from the Endangered Species List (the pelican was removed five years ago). You can send a message to U.S. Fish and Wildlife Service by clicking here. 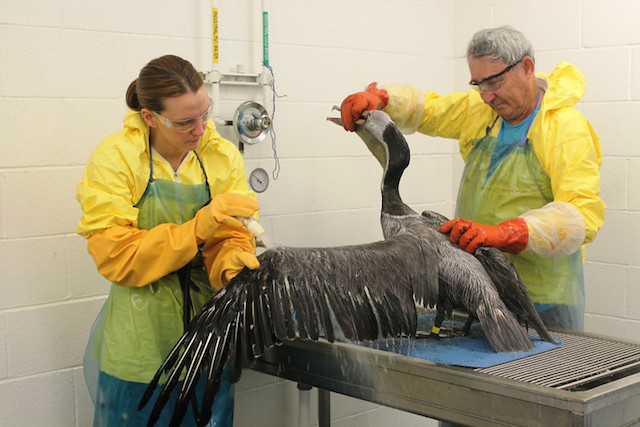 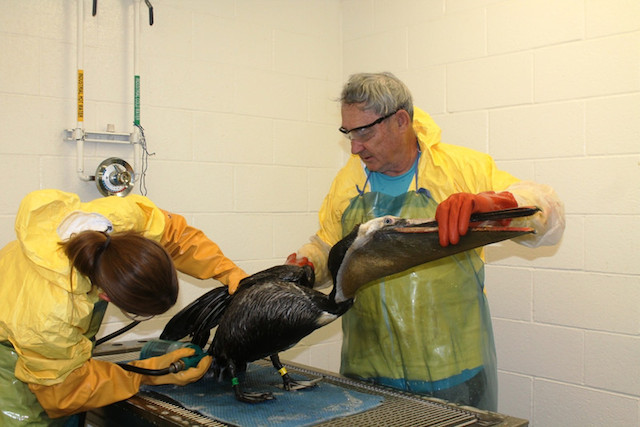