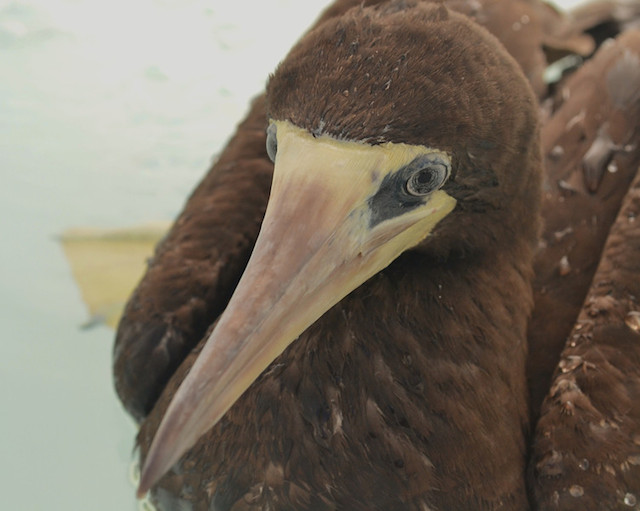 Update, January 18: Check out a video update of this bird’s progress here.

One of the last patients admitted to our San Francicso Bay center in 2013 is this Brown Booby, a very rare visitor to the area. The bird was recently transferred to us from our friends at WildCare in Marin County.

Where did this bird come from? We touched base with Patricia Vader, a sculptor in Martinez, CA, who brought the bird into care:

Vader: I found the Brown Booby about 1/4 mile south of the Point Reyes North Beach north parking lot (see map below for location). Time and date about 1:45pm on December 26, a very warm and sunny clear day, at least 64F, almost no wind.

I had taken a hike along the beach with my husband and dogs from the north parking lot down to almost the south parking lot, and on the way out there was no bird in sight. The tide was just coming up. About an hour later on our way back, I saw that bird on the wet sand, about 10 ft from the water line. I immediately sensed something unusual about it, because it seemed awkward and barely moved. I observed it for a little while and thought it might be injured. It also looked like it was shivering, not just the wind blowing its feathers. Nobody except us had been on this part of the beach that day, all other visitors staying closer to the parking lot. There were no other birds of any kind in sight, and the beach was very clean (no garbage, only flotsam wood and kelp).

When I approached the bird, it could barely move away a few feet. … I caught it by throwing the small towel I had over it and then wrapping it in my clothes. It did not offer any bodily resistance except for trying from time to time to peck its surroundings, thrusting out its long neck.

The good news is that the booby has put on significant weight since it came to the center, and at last report was doing well in our large outdoor aviary, sharing the enclosure with a Brown Pelican, a cormorant and several gulls.

We’ll keep you posted on this bird’s continued rehabilitation! And thank you to Patricia for making a symbolic adoption of this bird. Find out more about our Adopt a Bird Program here. 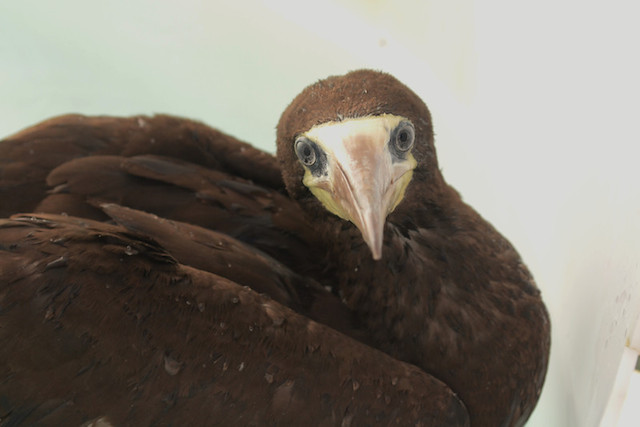 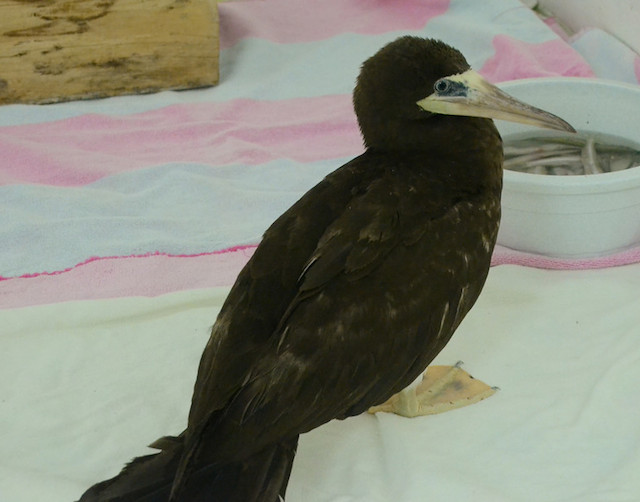 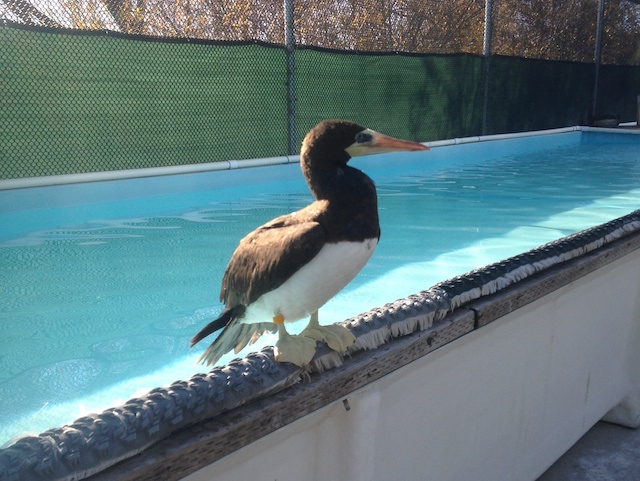