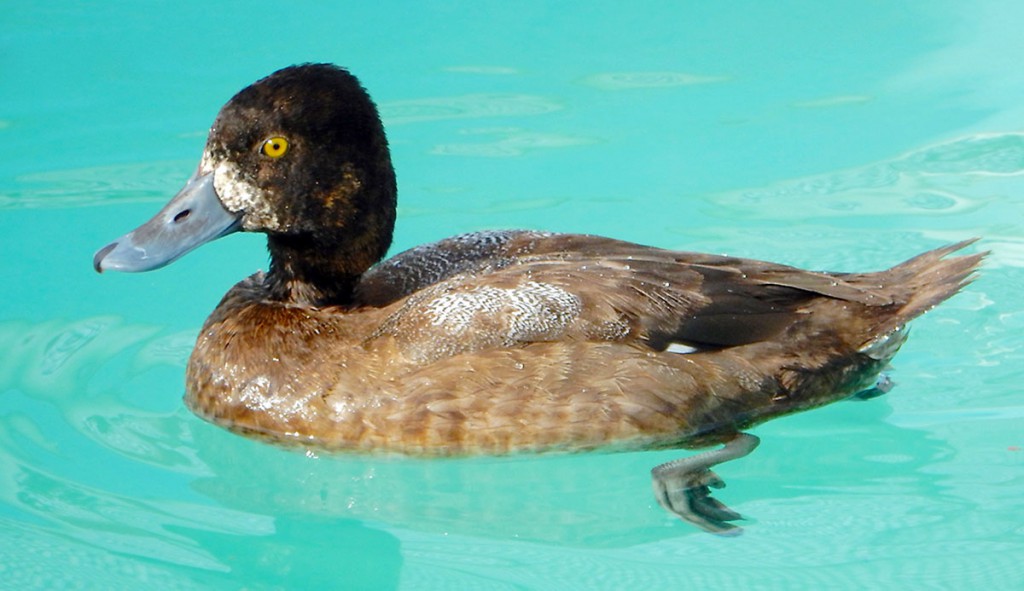 A female Lesser Scaup is our patient of the week. This scaup was brought to our Los Angeles Center by a concerned member of the public. The downed bird was found on the streets of Long Beach and the rescuer thought she looked like she was going to be attacked by crows.

Upon intake the Bird Rescue staff the noticed that the scaup appeared to be contaminated with an unknown oil-based substance. She was washed clean and is currently living in one of the rehabilitation pools.

Lesser Scaups are some of the most numerous and abundant diving ducks in North America – especially in inland waters of the western United States. In winter they are often seen on lakes and bays in dense flocks, numbering in the thousands. They are very similar to the larger Greater Scaup.

How did you help a bird today?