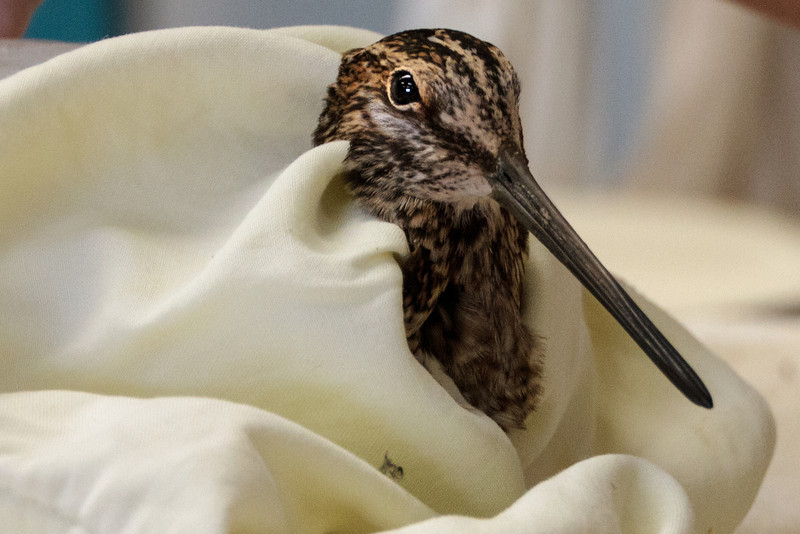 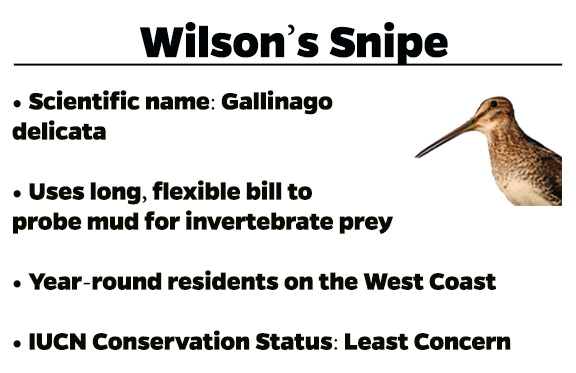 Our latest patient of the week comes from International Bird Rescue’s Los Angeles center, which at last count was caring for 42 birds, including Ruddy Ducks, Horned Grebes and a Rhinoceros Auklet.

The Wilson’s Snipe was considered to be a subspecies of the Common Snipe until a decade ago, and is known for a very long bill that the bird uses to probe for prey in soft mud. Here, this snipe is evaluated prior to release. 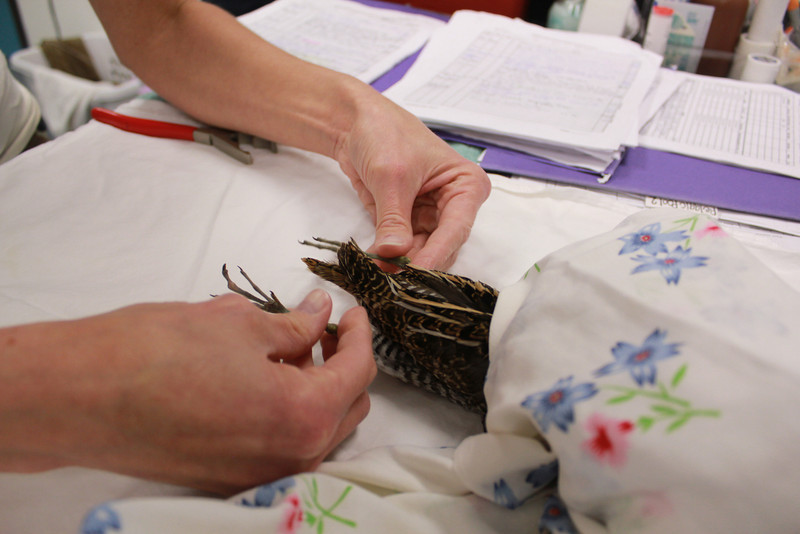 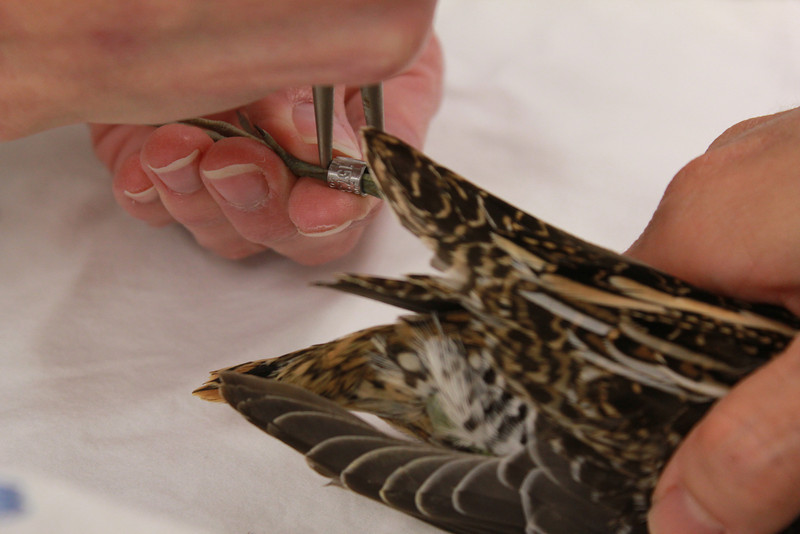 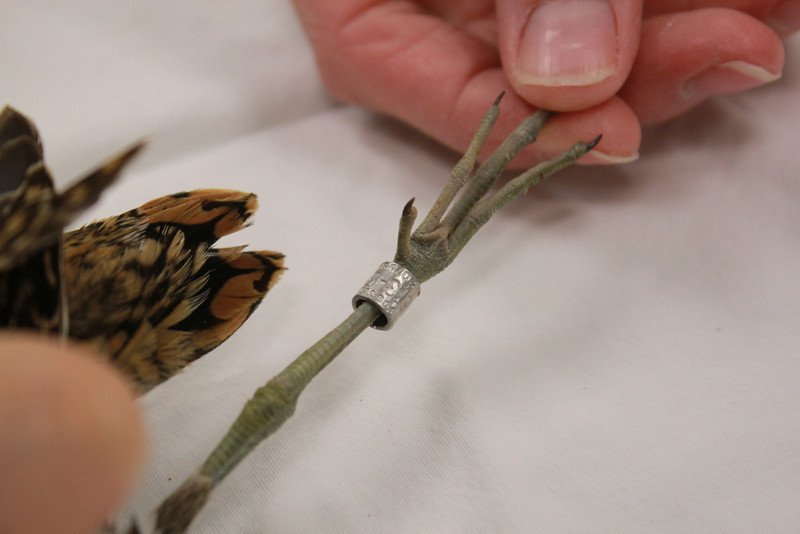 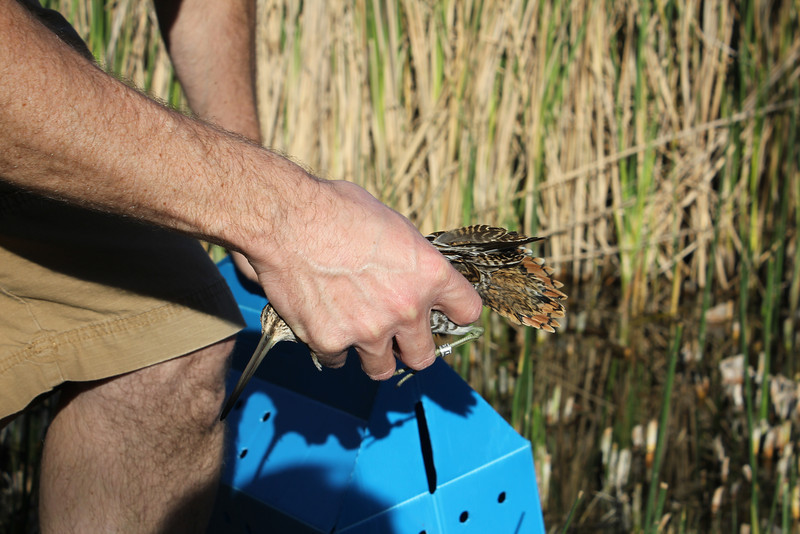 Following its final evaluation and banding, our team took this snipe to suitable marsh habitat in the area, where it can be seen below expertly camouflaged among the reeds. Can you find him? 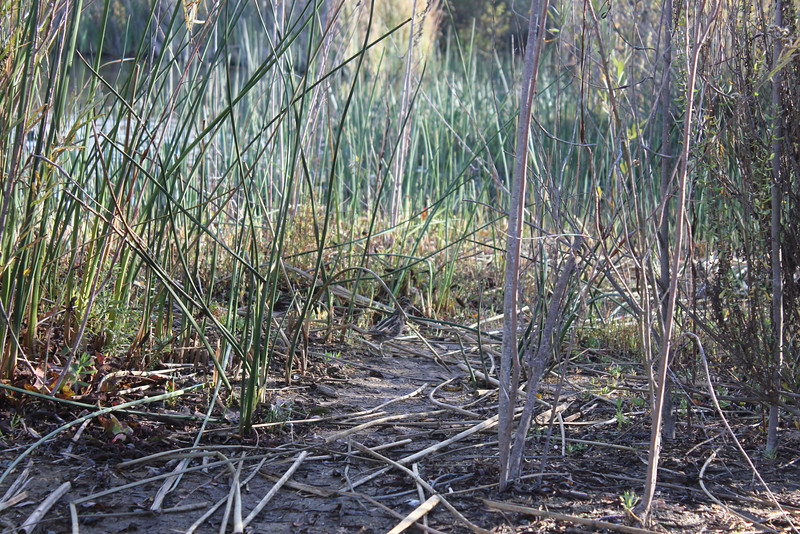