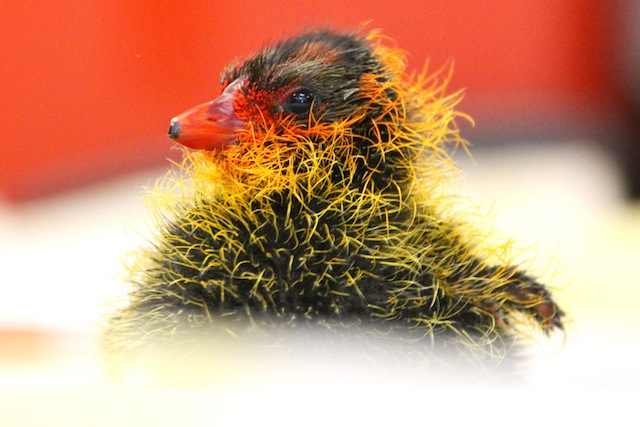 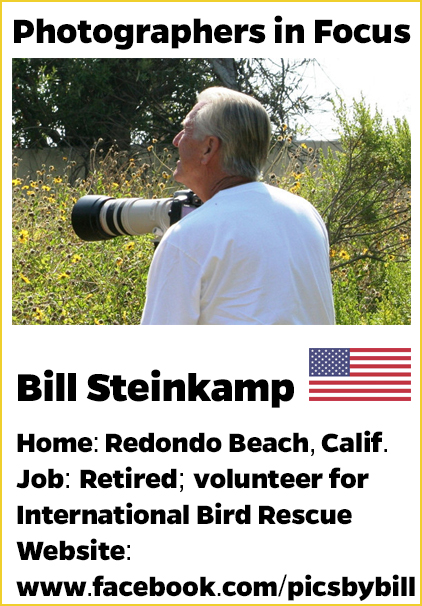 Here at International Bird Rescue, we’re very fortunate to have a deep bench of bird lovers who also happen to be great photographers.

One of these team members is Bill Steinkamp, who photographs birds in care weekly at our Los Angeles center in the San Pedro neighborhood. His work can be seen regularly on our blog and Facebook page as well as Bill’s own Facebook page and Flickr page.

This year, he’s photographed a natural oil seep event in February that resulted in many oiled Common Murres transported to our L.A. center in need of stabilizing, washing and further rehabilitation prior to release. He’s also photographed several interesting patients, from the colorful baby coot seen above to a Blue-footed Booby found injured and wandering in South L.A.

We asked Bill to choose some of his favorite photos, both from the center and in the wild. Here are his selections and the back story of each: 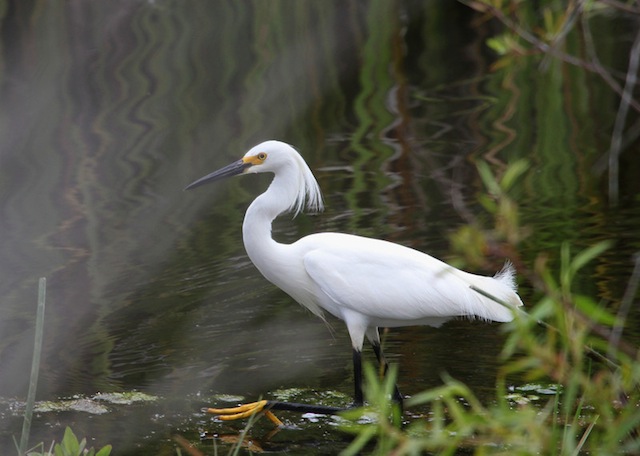 Steinkamp: I photographed this Snowy Egret on a bird walk at Ballona Wetlands. It was one of the first photographs I saved when I first started birding photography. 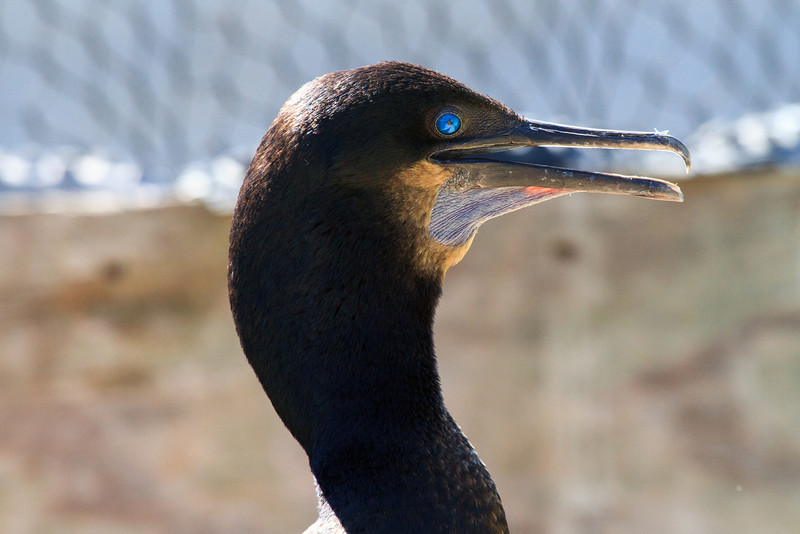 This is a Brandt’s Cormorant in care at the center in October. 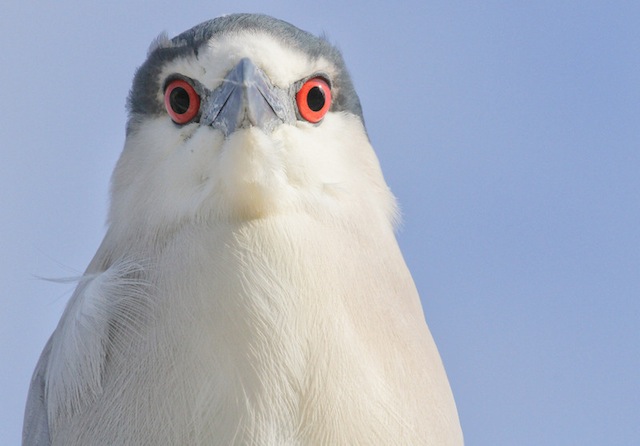 I think Black-crowned Night Herons have mysterious and intriguing eyes. 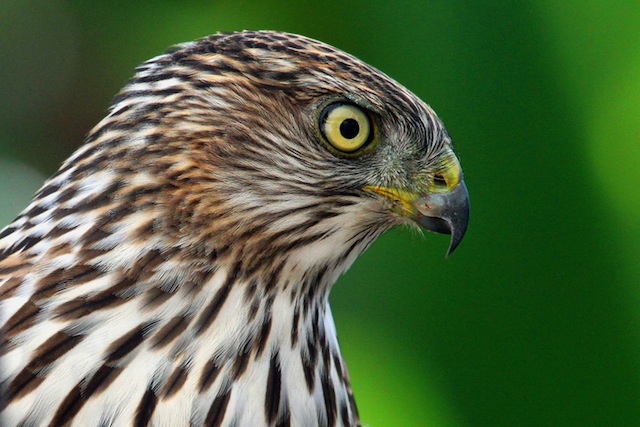 I really love this shot of a Cooper’s Hawk. I always try and get a precise eye shot in my bird photos. This was photographed in my backyard in Redondo Beach. 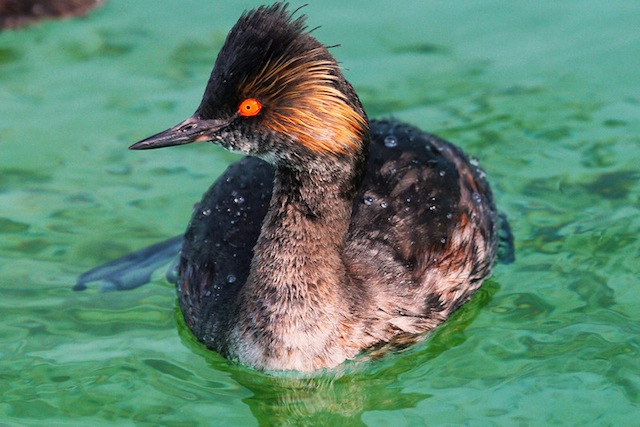 This is an Eared Grebe at International Bird Rescue being rehabbed. They are much smaller than I thought and so colorful. 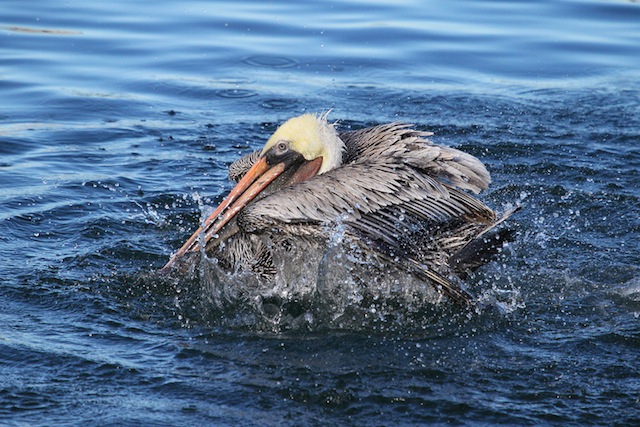 I have hundreds of pelican photos, but I especially liked this one because of the splashing water. 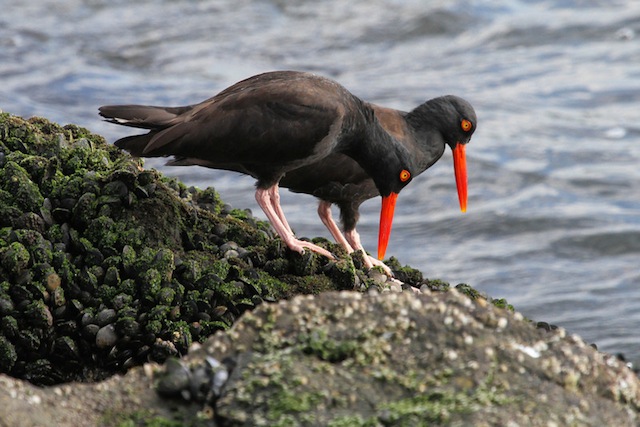 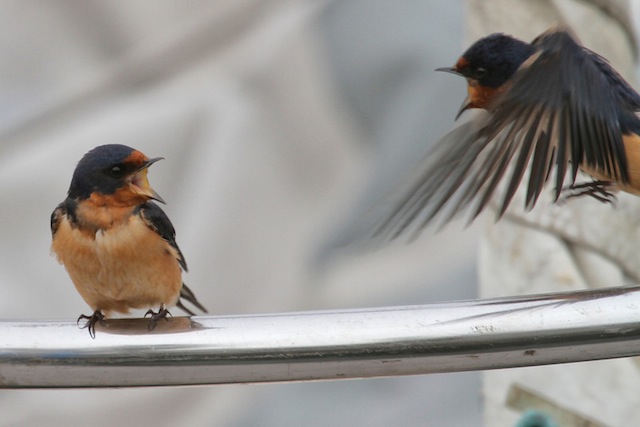 Angry birds, anyone? These Barn Swallows are very hard to photograph. Another good example of using high-speed continuous shooting. 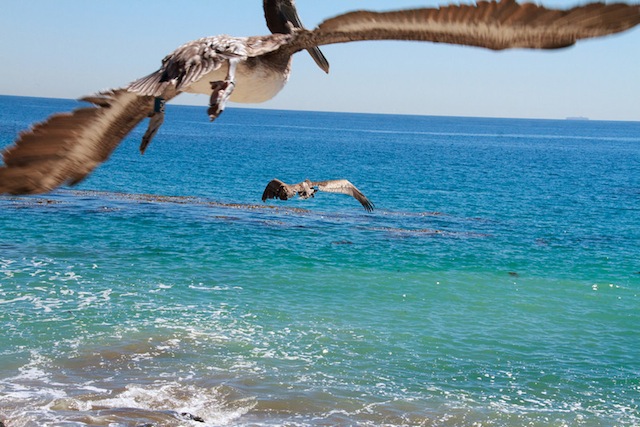 Release of Pelican V50, a victim of human cruelty released 14 months after it was found with its primary and secondary feathers clipped. 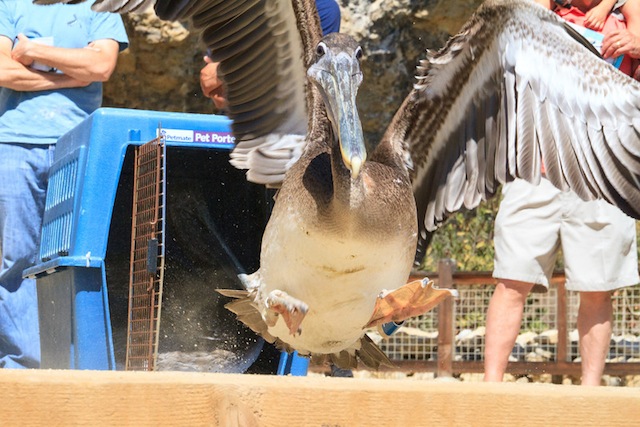 And check out some of our previous featured photographers, including Kim Taylor of Washington, D.C., Yeray Seminario of Spain, Jackie Wollner of Los Angeles and Christopher Taylor of Venice, Calif.