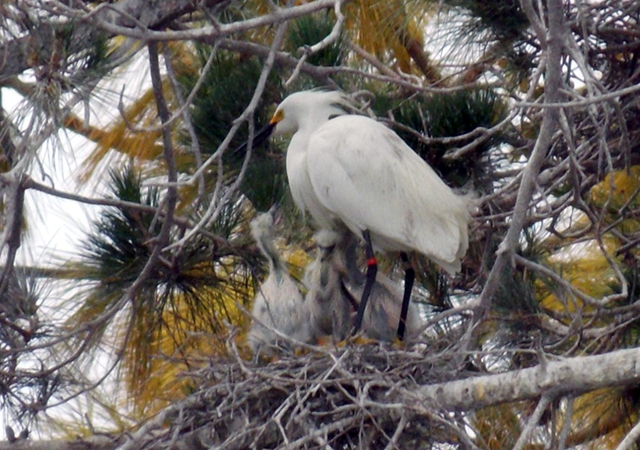 Golden Gate Audubon Society executive director Cindy Margulis recently sent us these photos of a Snowy Egret with a red leg band (and several hungry babies) at the Alameda Bay Farm Colony in the San Francisco Bay Area. The band indicates that this bird was a former patient of our San Francisco Bay center in Fairfield, CA.

Margulis notes that she has seen as many as four red-banded egrets at this location thus far in 2014 — birds that likely were released at the nearby Martin Luther King Jr. Regional Shoreline Park, about two miles away.

“They learned the location, most likely, from following the foraging adult Snowy Egrets in the MLK marsh, once they were released,” Margulis says. “Then, after surviving to reach breeding age, they knew just where to start their own families!”

It’s always a thrill to see the birds we care for become a part of the breeding population. Thanks for sending, Cindy!

Meanwhile, our San Francisco Bay center currently is caring for 16 Snowy Egrets. Check out the species in our care here. 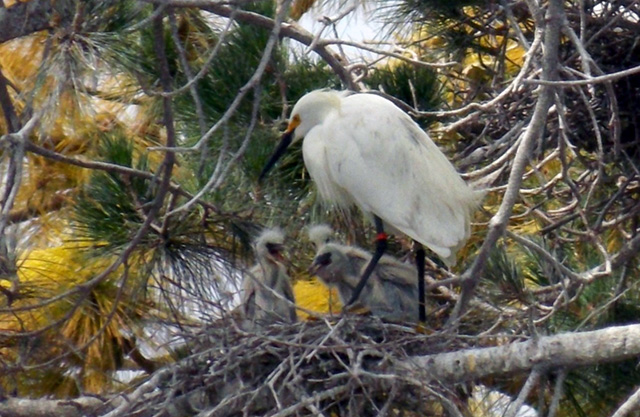