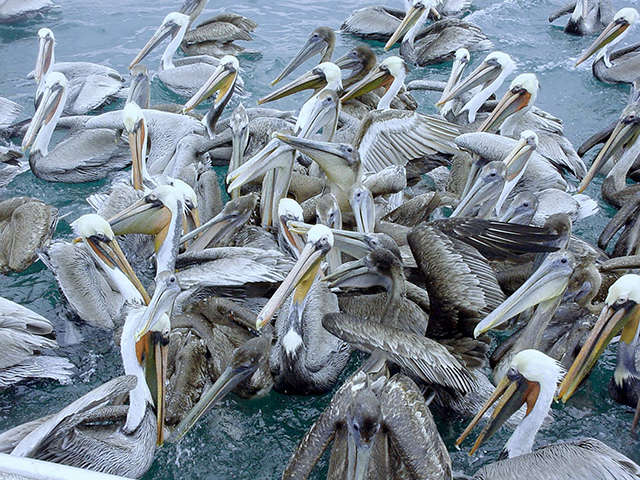 In 2001, we responded to an oil spill in the Dominguez Channel at the Port of Los Angeles. The spill was relatively small, and we captured only 13 oiled birds: one gull, two domestic ducks and 10 Brown Pelicans.

Most of the pelicans we had to bait in with fish scraps in order to capture (this is the only time we ever feed pelicans in the wild). Three of the pelicans unfortunately had to be euthanized due to previous injuries, but seven oiled and rehabilitated pelicans were released on January 10, 2001 in nearby San Pedro.

On November 22, 2012, we received confirmation that one of those pelicans, 0559-28561, was found dead near Oyehut in Washington state’s Grays Harbor County. Like an oiled King Eider that we had rehabilitated 16 years ago that was hunted earlier this year in Alaska (the hunter returned its federal band), this pelican band recovery is equally important. The pelican lived for over 10 years after its rehabilitation, adding more evidence to the ever-growing data that we collect regarding the survival of oiled rehabilitated birds.

Have you seen a Blue-Banded Pelican? Report your sighting here.