Skip to content
Home | Blog | The Release Files: A Rail Gets Back On Track 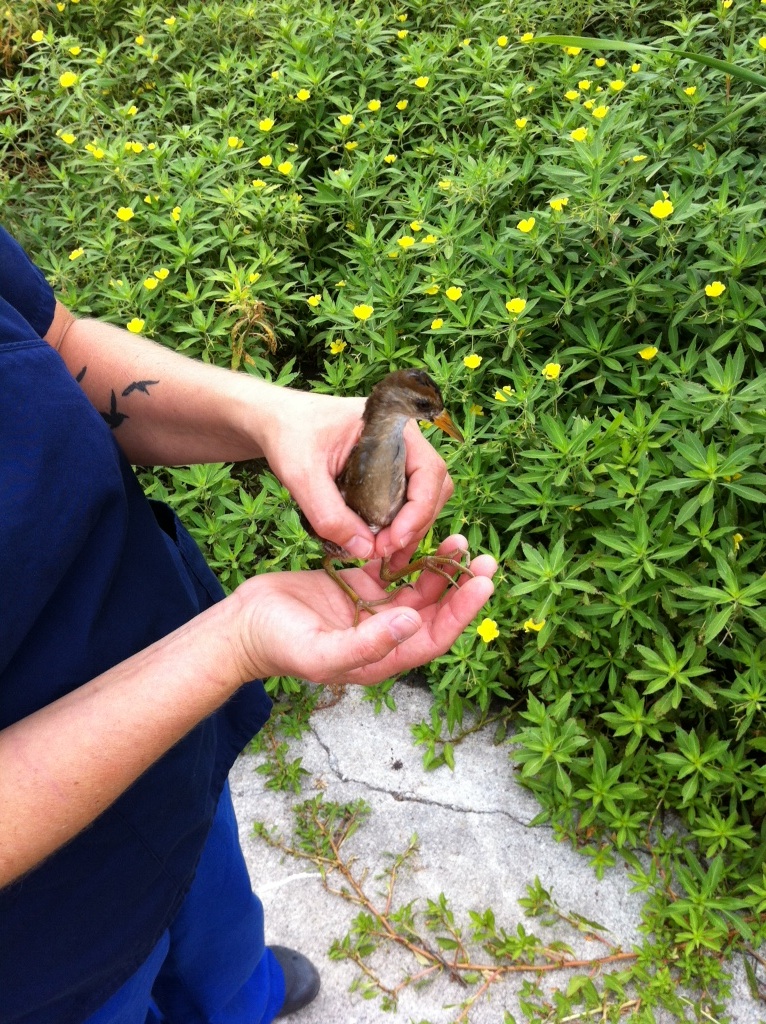 This adult Sora Rail arrived at International Bird Rescue’s Los Angeles Center with a fractured wing and a leg injury that prevented him from standing upright or even putting weight on the wounded limb. He also had a small hole in his left, upper mandible, and was reported by his rescuer to have been cat caught.

The Sora was housed in an inside enclosure filled with plants to mimic a marsh-like environment. At first, he needed to be tube-fed, but after a week he started to eat on his own. His wing was placed in a wrap and he was given calcium supplements daily until a nice callus formed around the fracture site and the wrap could be removed. The bird regained great extension in his wing and was able to fly again as soon as the wrap came off.

After receiving the medical attention he needed, this Sora has made a full recovery and is ready to return to nature! Every bird matters.