Fish oil contamination occurs when pelicans attempt to retrieve scraps at commercial and public fish-processing sites along the coast. As a result, these animals can easily become covered in oily fish waste, losing their natural waterproofing ability in the process. This can result in hypothermia and death. 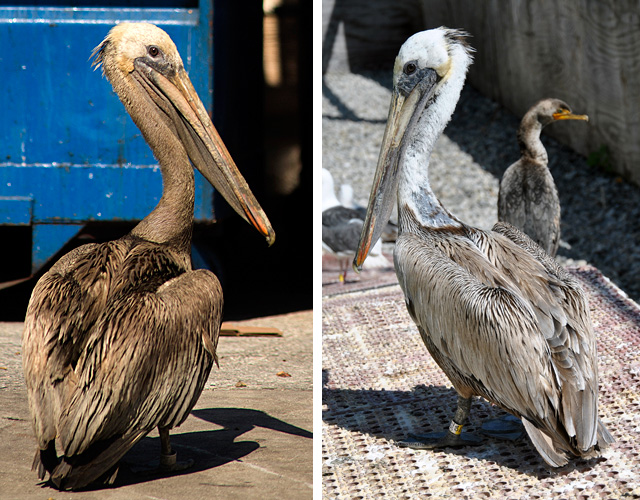 If an oiled pelican can still fly but is unable to feed in cold water, the bird may become a dumpster diver and beggar in order to secure a meal. That’s what we assumed happened to Pelican V01. It was surviving by feeding on scraps and trash in the dumpsters of San Pedro, Calif.

Bernardo Alps, who won last year’s Blue-Banded Pelican Sighting Contest, spotted this pelican and noticed it was very dirty and displaying abnormal behavior. Upon capture, the bird was found to be covered with fish oil and oily waste, which we successfully removed in the wash process using Dawn.

We had seen this bird before, but for other human-caused reasons. In 2006, the pelican was treated at our Los Angeles center for injuries sustained from fishing line entanglement. Seven years later, we fitted this pelican with a blue band (you guessed it: #V01) to better track its post-rehabilitation travels. 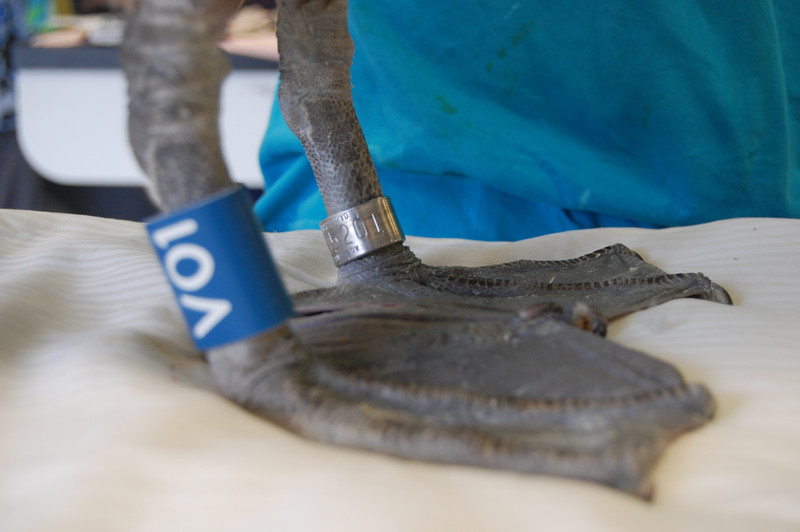 Below, we filmed the pelican’s release at Cabrillo Beach Park near our center.

The educational message from this episode of “The Big Picture” is as timeless as it is important: Please don’t feed wildlife.

Though pelicans were removed from the Endangered Species List in 2009, one of our most beloved seabirds continues to face myriad human-caused problems every day. Check out some of these issues in graphic designer Franzi Müller’s Protect Our Pelicans infographic below (click on the image for a printable download). And find out how you can enter our second-annual Blue-Banded Pelican Sighting Contest now underway. You could win an Eagle Optics scope! 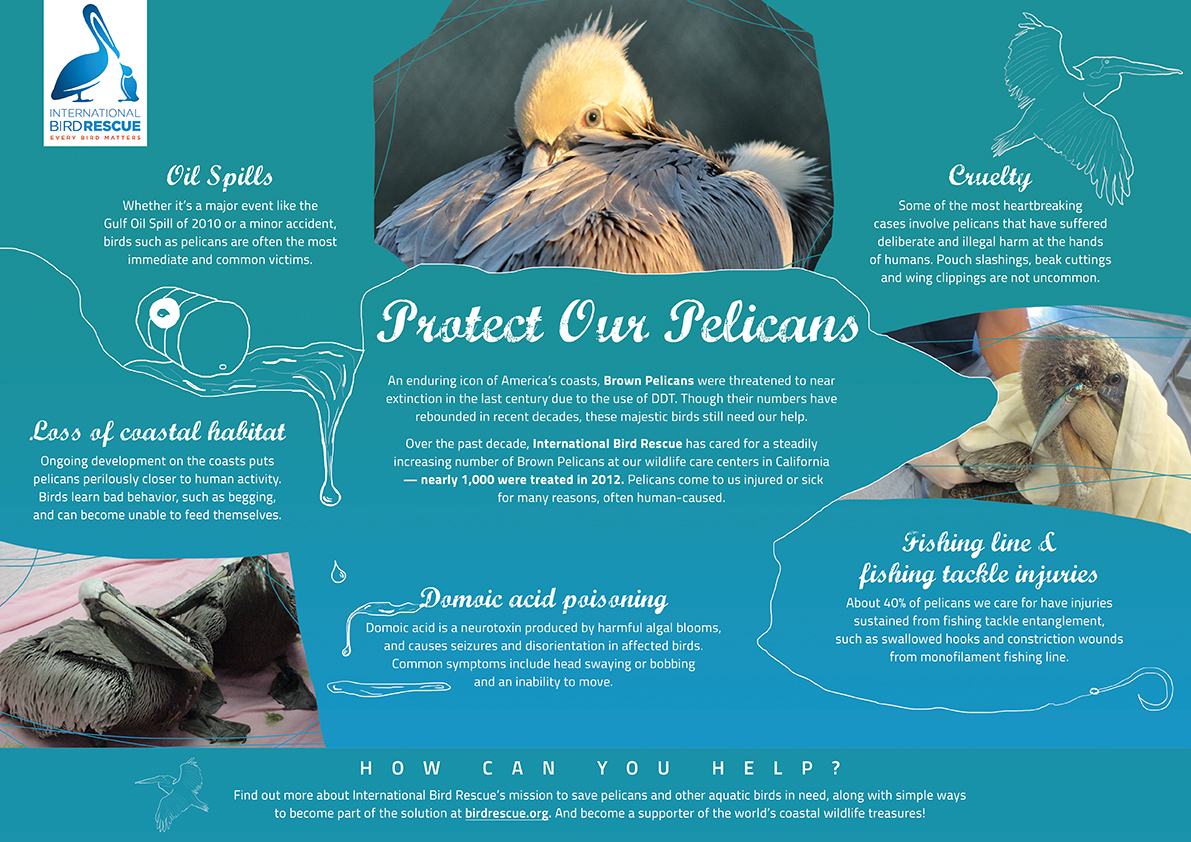