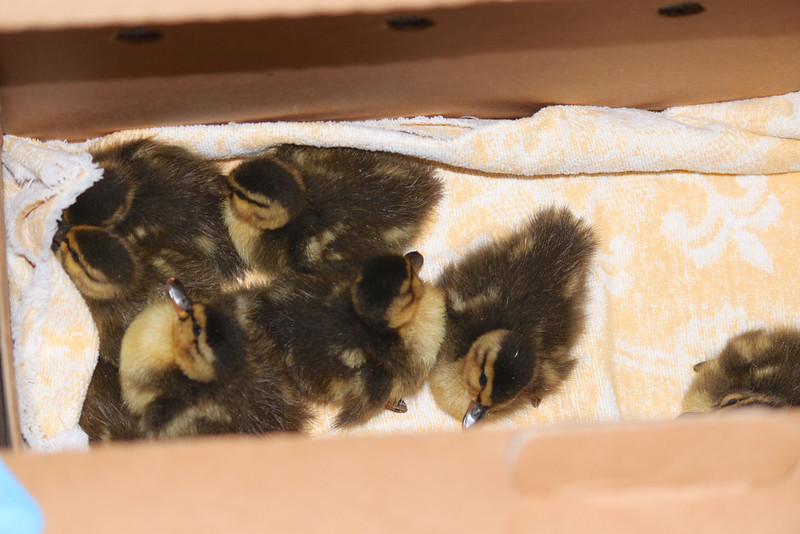 How many baby birds do we have in care right now? A lot.

For instance: By last count at International Bird Rescue’s San Francisco Bay center, our team was caring for over 70 Mallard Ducklings, as well as baby Black-crowned Night Herons, Green Herons and mergansers. And the numbers continue to climb as orphaned birds are brought to our center from all over Northern California.

All of these baby birds have a story to tell. Here’s just one of them, via rehabilitation technician Isabel Luevano:

On Saturday, we received a phone call about a mother Mallard Duck and her eight ducklings, found in downtown Fairfield, CA at a local Sears Auto Shop. The workers there were concerned to see mom and her clutch journeying straight across a busy four-lane boulevard. We’ve seen this scenario before, and it’s always heart-stopping (take, for instance, this now-famous video of a mother and clutch crossing a freeway via CNN).

Animal Control officers jumped in to help along with one of our local volunteers, who had stopped by that area. Together they were able to catch the mother duck and her ducklings. 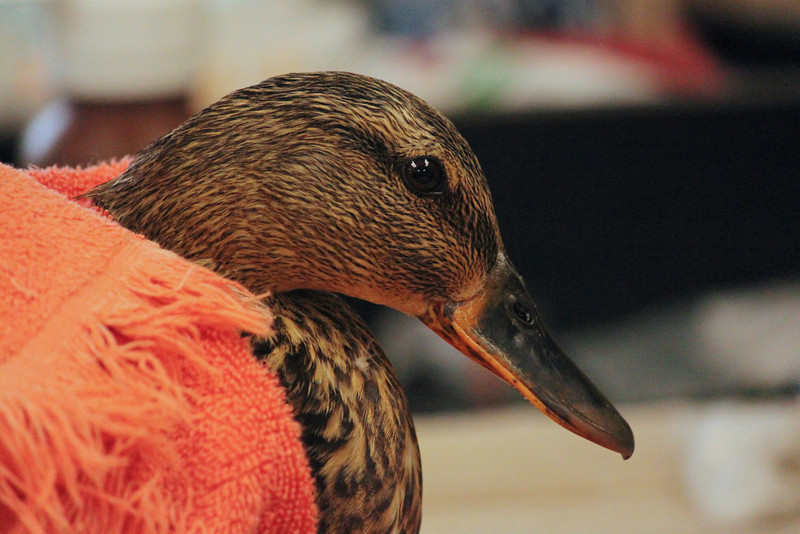 As it happens, this mother Mallard has a federal band on her leg, which we found was put on the bird last year — with the exact same rescue and story. She had tried to take on the busy traffic with her ducklings and was ultimately rescued and relocated then, too. She survived yet another year, only to find herself in the same situation, stuck in the middle of an urban area with ducklings in tow.

Thankfully, the birds were all healthy and relocated to a rural area to complete their journey. Below, a parting shot of their release. 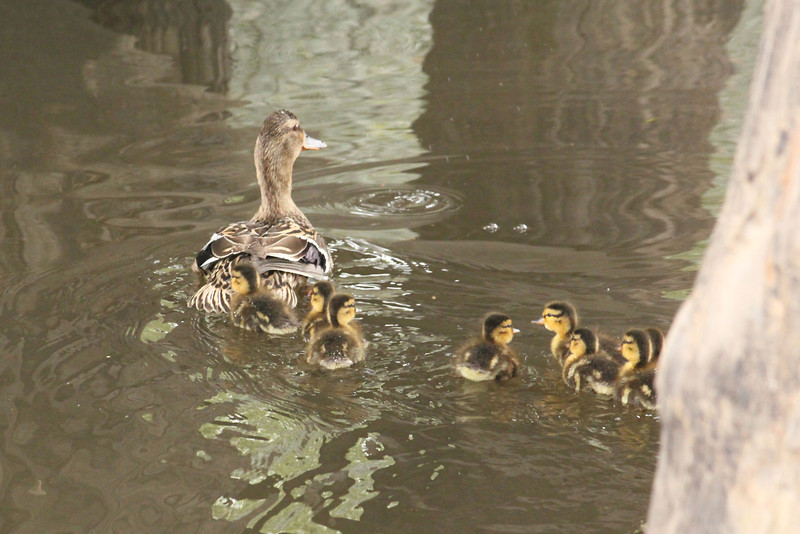 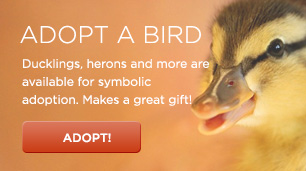