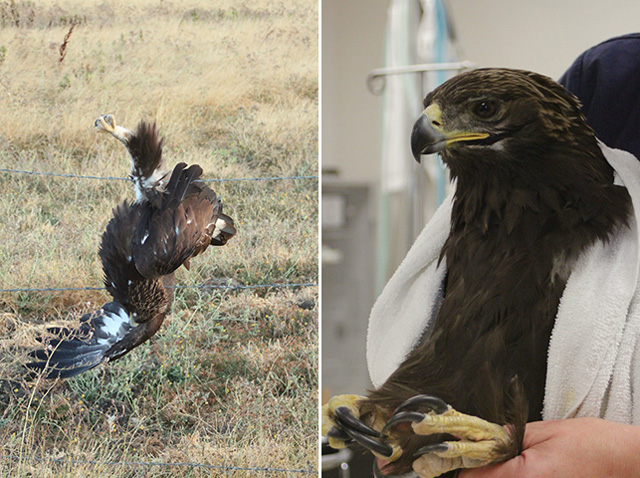 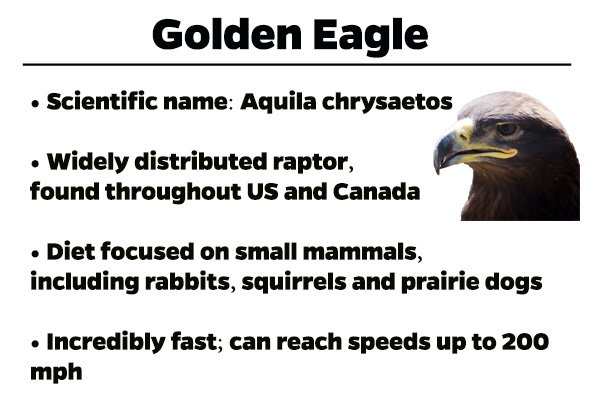 Soon after sunrise on August 14, this Golden Eagle was found entangled in a barbed wire fence by our very own San Francisco Bay center volunteer and outreach coordinator, Cheryl Reynolds.

Despite the awful predicament you see in the photo above, the eagle luckily was located at the Grizzly Island Wildlife Complex not far from our wildlife center.

With the help of volunteer Kathy Koehler and a local CalTrans biologist who happened to drive by, the team was able to cut the wire on each side of the bird. However, one barb had punctured the eagle’s leg, requiring the medical attention of our staff.

With the eagle under anesthesia, Dr. Rebecca Duerr (shown below with center manager Michelle Bellizzi assisting) successfully removed the barb during surgery on Thursday morning.

The eagle was later transferred to raptor specialists at Lindsay Wildlife Museum. The bird’s prognosis remains very guarded as it may have nerve damage to the leg and a respiratory problem.

Raptor entanglement with barbed wire is a common problem seen by wildlife rehabilitators. Here’s another such story via Teton Raptor Center in Wyoming. 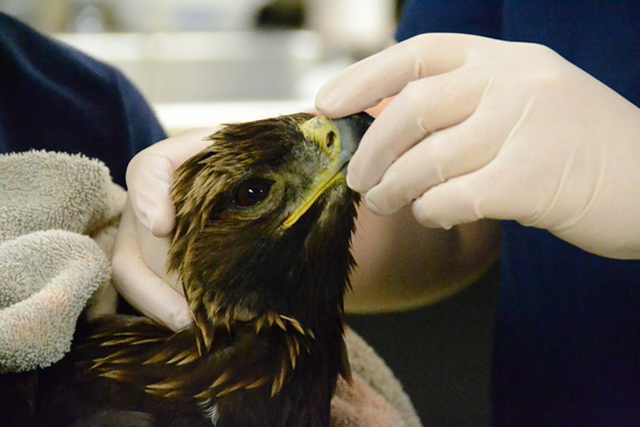 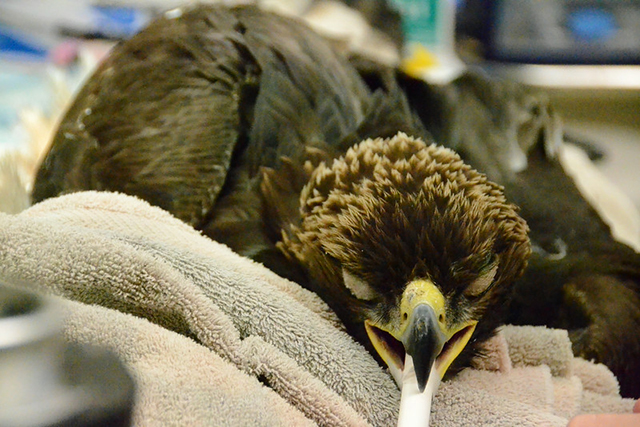 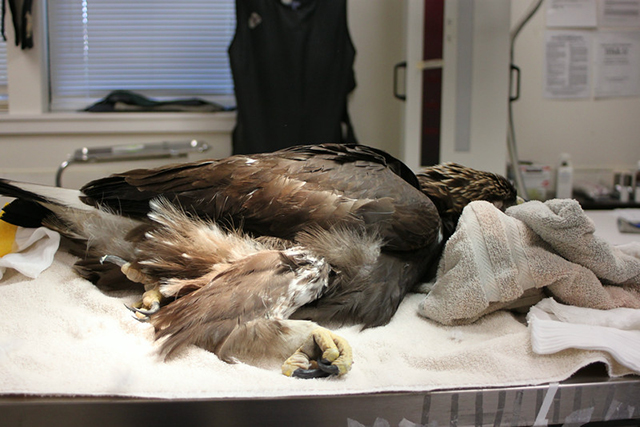 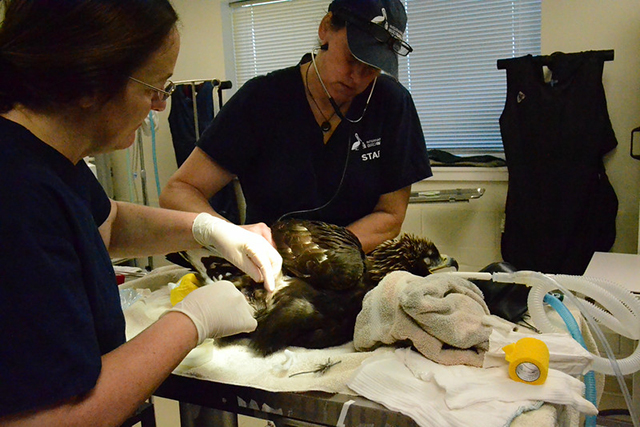 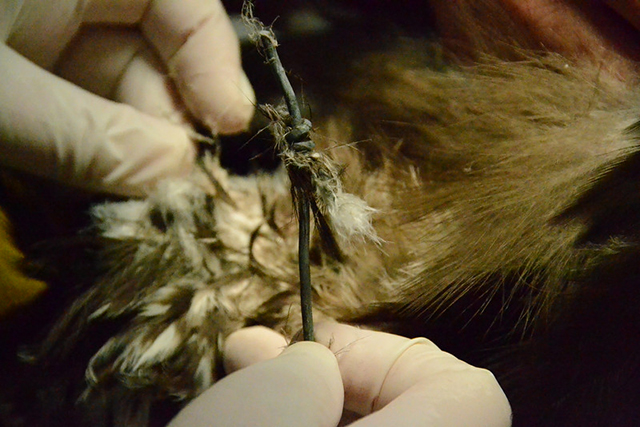 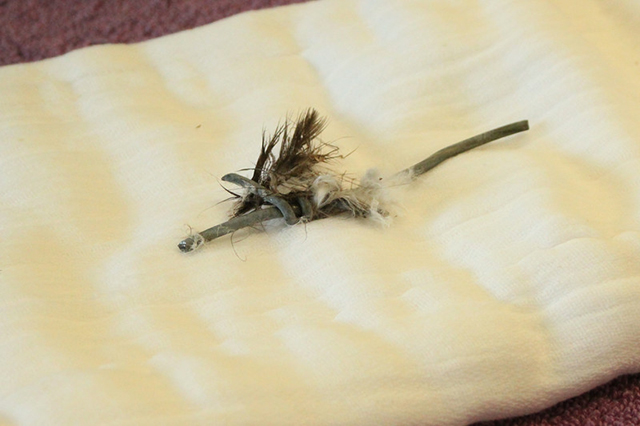