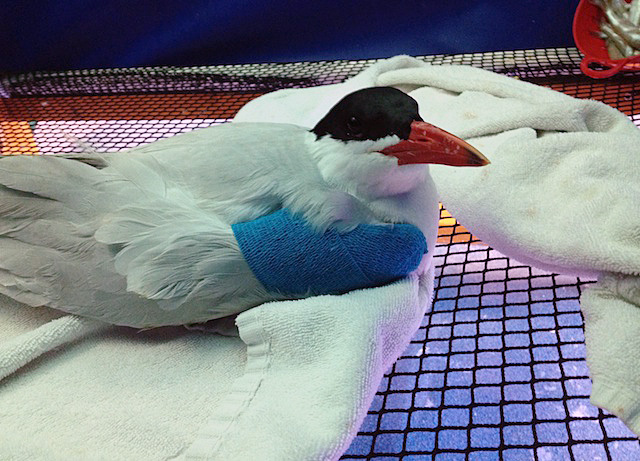 This Caspian Tern (Hydroprogne caspia) was rescued by Long Beach Animal Control unable to fly. We found him to have not only a broken right wing, but also a broken left leg. Our veterinarian, Dr. Rebecca Duerr, performed orthopedic surgery Sunday to repair the leg while the wing heals in a wrap. The photo below shows the left leg post-operation. 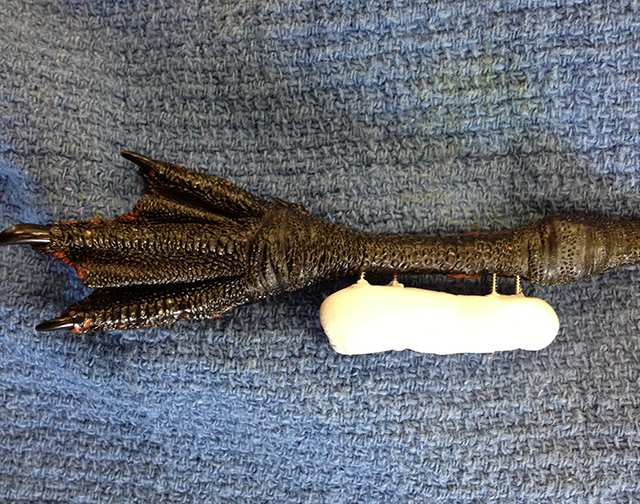 The largest tern species, Caspian Terns feed mainly on fish via plunge diving and primarily nest on offshore islands. They are commonly seen in Southern California, and our organization has deep experience in caring for them. In 2006, 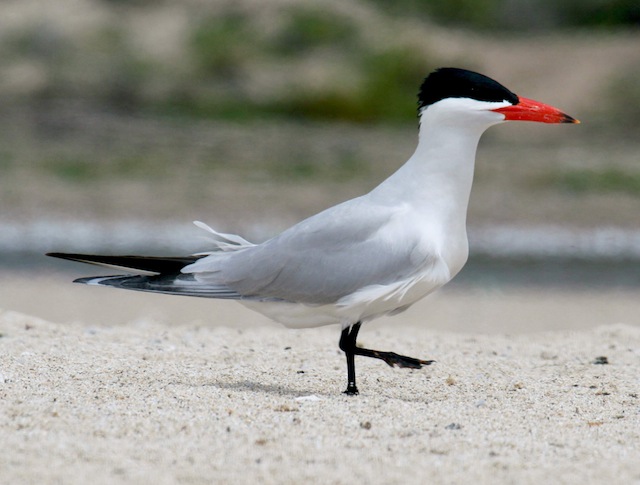 International Bird Rescue assisted in the recovery effort of hundreds of dead baby Caspian and Elegant Terns washed off a barge docked in Long Beach.

In the wake of that disaster, we raised a few young Caspian Tern survivors — a challenge, given they were resistant to learning how to catch live fish and often begged. To give them the best chance of survival, we released these birds at a Caspian Tern colony in the Salton Sea, where they would be surrounded by other young birds learning to fish.

We’ll keep you posted on this tern’s condition as its wing and leg heals.

—Species profile via All About Birds