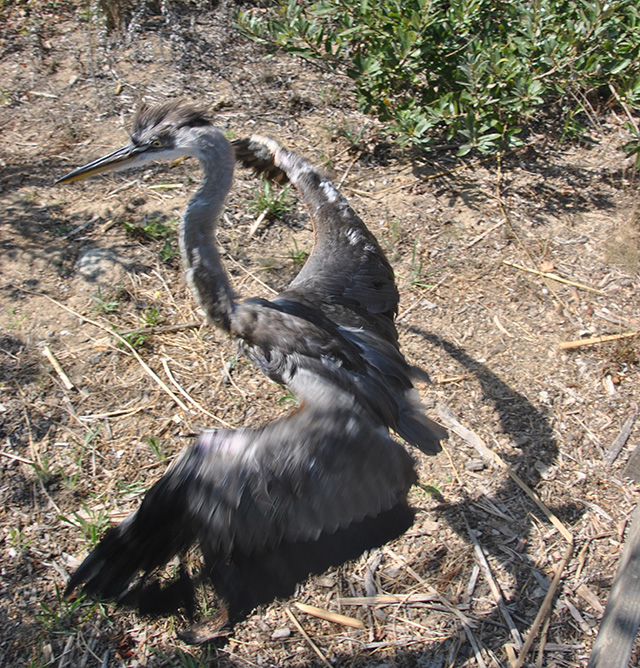 A Great Blue Heron leaping to freedom when released at Ballona Creek, photo by Kylie Clatterbuck

If you love Great Blue Herons, we know you’ll fully appreciate the resiliency of one amazing bird recently in our care.

A few months ago, International Bird Rescue’s Los Angeles center received a heron with dual misfortunes: It was both oiled and suffering from 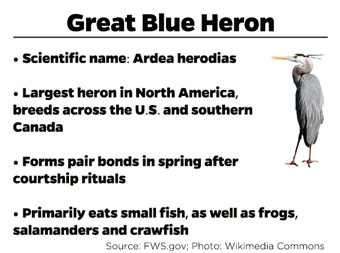 subsequent burns on about 25% of its body.

Our wildlife rehab technician team washed the animal, and our veterinarian, Dr. Rebecca Duerr, surgically repaired the bird’s most severe injury where the skin along its spine was dead and adhered to the spine itself. Surgical procedures were also necessary to heal a wound on the bird’s keel as well as a thigh wound that required debridement to remove dead muscle tissue and a skin graft.

After many weeks of healing, this heron was released at the Ballona Wetlands in Los Angeles, home to a wide array of birds, including egrets, grebes and many species of shorebirds. Rehabilitation technician Kylie Clatterbuck reports that the bird was released at a spot in the wetlands where there was another Great Blue Heron nearby, as well as a Great Egret.

Below, you can see this heron in its new habitat, as well as a photo of the bird upon its initial exam at our Los Angeles center. 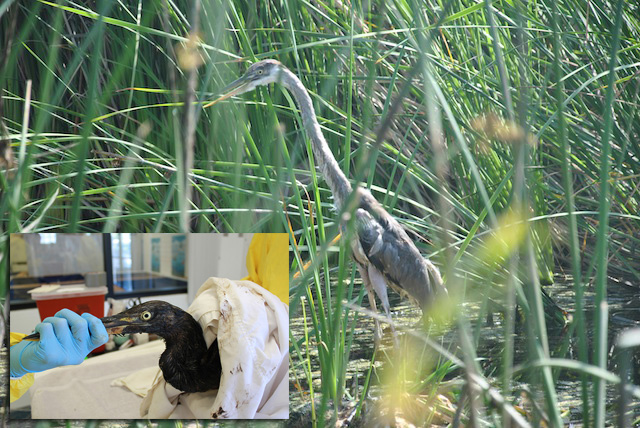