If you’ve been following the news in California, you likely know that the region is in early stages of Blue-footed Booby fever.

On Tuesday, the Los Angeles Times reported on a recent “invasion” by Blue-footed Boobies that have been spotted up and down the California coast. One bird was even found in an L.A. neighborhood miles from shore and brought to International Bird Rescue’s center in the San Pedro neighborhood. 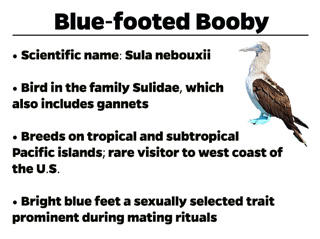 The sightings include one reported to Los Angeles Animal Services after the bird was found waddling along a sidewalk near 2nd and West Slauson avenues south of downtown. On Tuesday, the emaciated juvenile was recovering in a spacious waterfowl pen at the International Bird Rescue Center in San Pedro, gulping small fish by the dozens.

“He’s still really skinny,” Kylie Clatterbuck, a rehabilitation technician at the facility, said as the booby preened nearby. “We’re going to fatten him up a little bit, then find a nice spot to release him.” (Read the full article here.)

We’ll keep you posted on this special bird, which has since been transferred to an outdoor aviary with a large pool.

SoCalWild: A bevy of boobys for SoCal

L.A. Observed: Boobies of the blue-footed kind are all over L.A. now 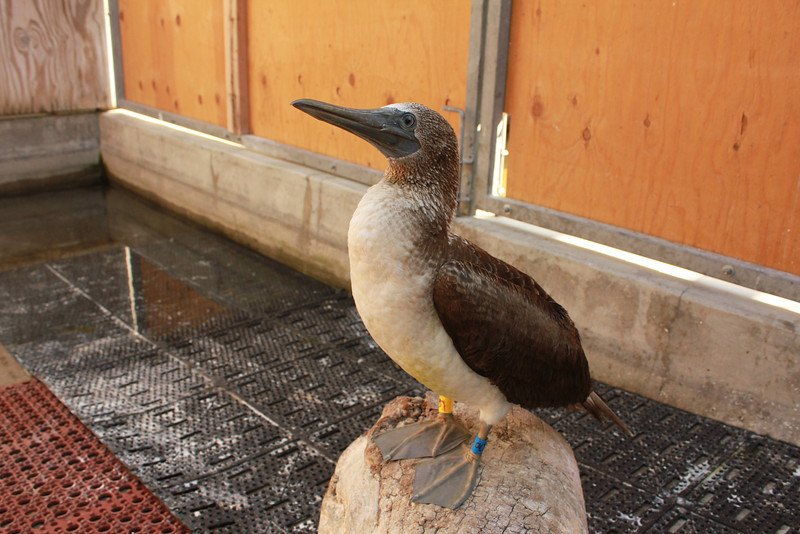 Update: Volunteer photographer Bill Steinkamp stopped by the center on Thursday to snap a few photos of the booby, now in one of our larger aviaries that also houses pelicans and gulls. 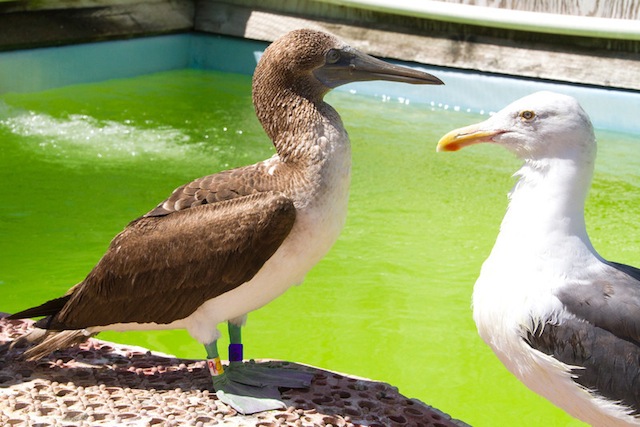 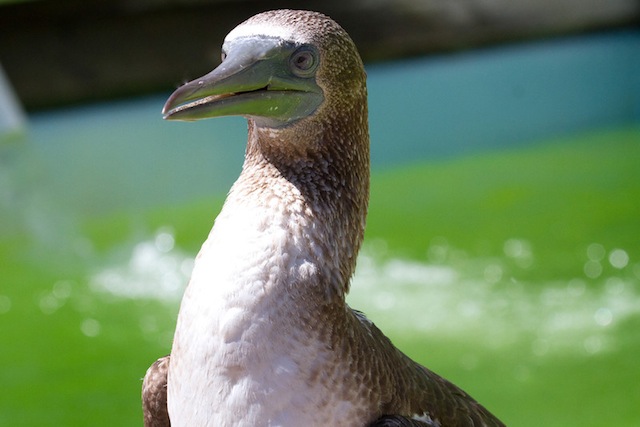 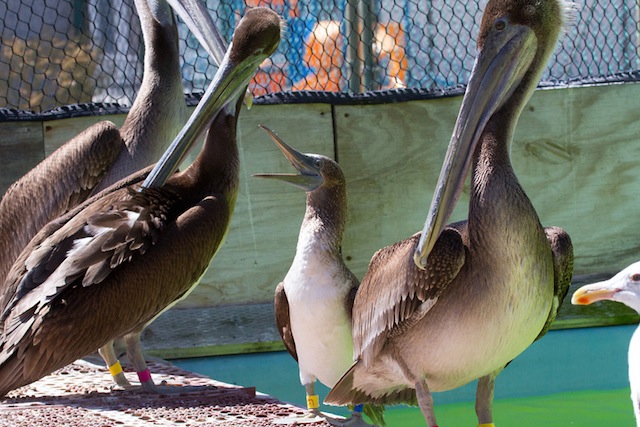 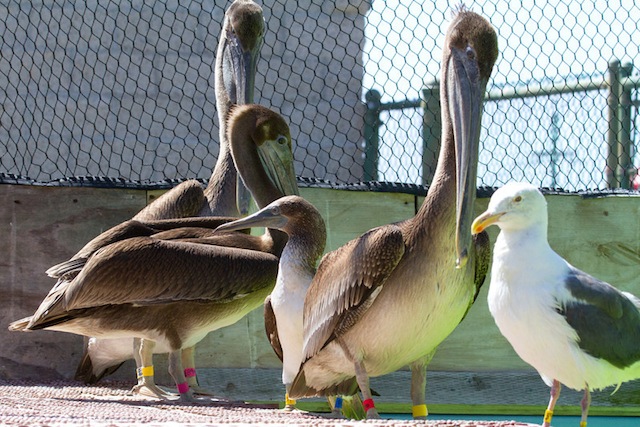 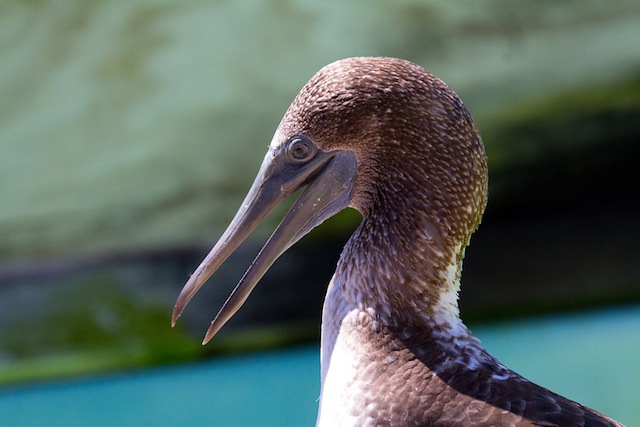