Skip to content
Home | Blog | Our patient of the week is … a rhinoceros? 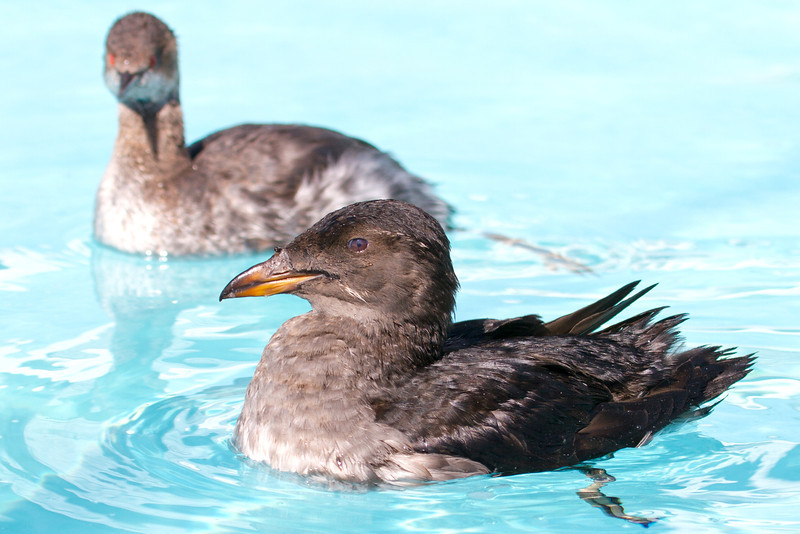 Well, not quite. But the Rhinoceros Auklet gets its name for a reason.

Residents of the North Pacific, Rhinoceros Auklets (Cerorhinca monocerata) are also known as “Unicorn Puffins” for the small horn extension on their beaks, present in both males and females during breeding season (click here for a photo of this species during breeding). Like many seabirds, they are threatened by oil seeps and spills, including natural seepage off the Southern California coast. Unable to waterproof themselves, oiled birds often end up on popular public beaches.

That’s what happened to this Rhinoceros Auklet. We received the bird from a partner wildlife group after it was found oiled at Malibu’s 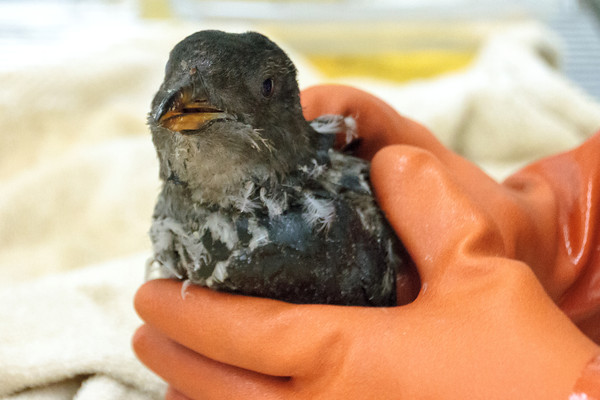 famous Zuma Beach. After the auklet’s condition was stabilized, our Los Angeles center team washed a significant amount of oil off the bird. Without this process, oiled seabirds are unable to survive the cold temperatures of their ocean home.

This is just one of hundreds of oiled birds we care for every year — whether in California or beyond, including the Alberta tar sands, where an International Bird Rescue response team has spent months this year caring for animals affected by a bitumen release in a remote area.

Though this auklet may not know it (he’s far more concerned with the fish delivered to his pool during recovery), it’s your support that makes this work possible. Thank you!

And check out our new Rhinoceros Auklet adoption level at our bird adoptions page here. Adoptions are symbolic and represent how your donation can help International Bird Rescue’s work on behalf of aquatic birds worldwide. Your gift will be used where needed most to rescue and rehabilitate birds impacted by both natural and man-made threats, such as oil spills and algal blooms. 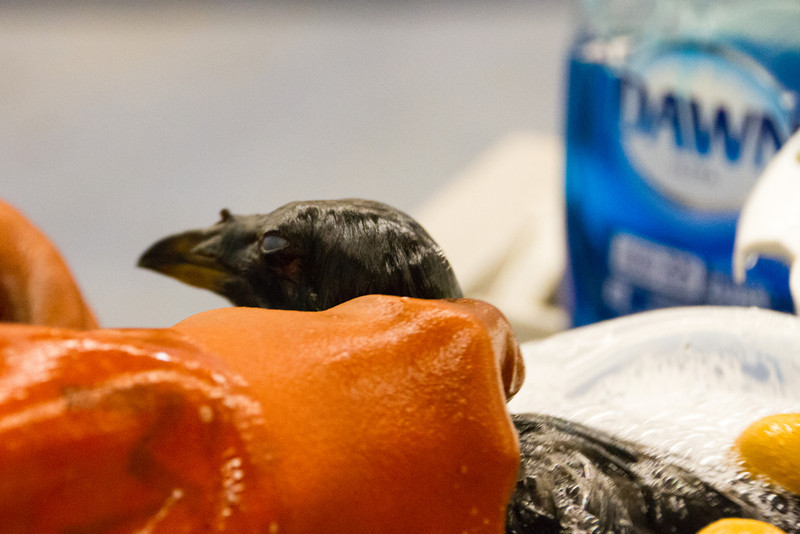