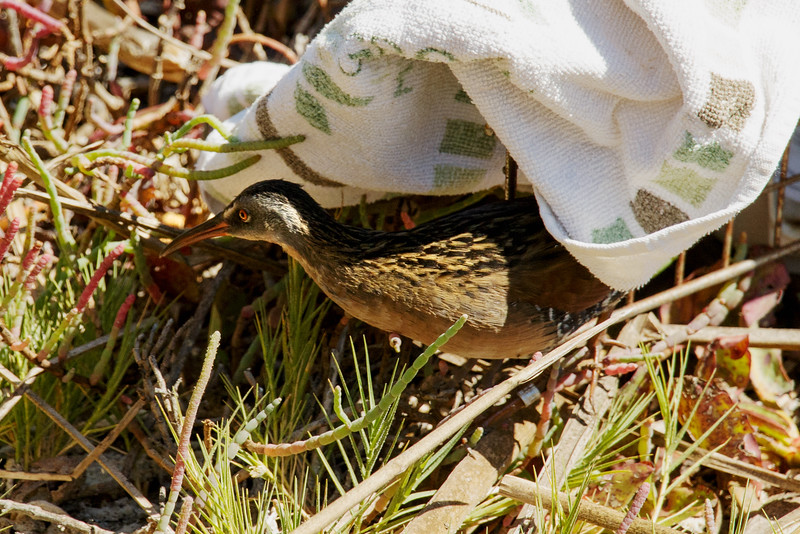 This week, both our wildlife centers in California have cared for Virginia Rails, 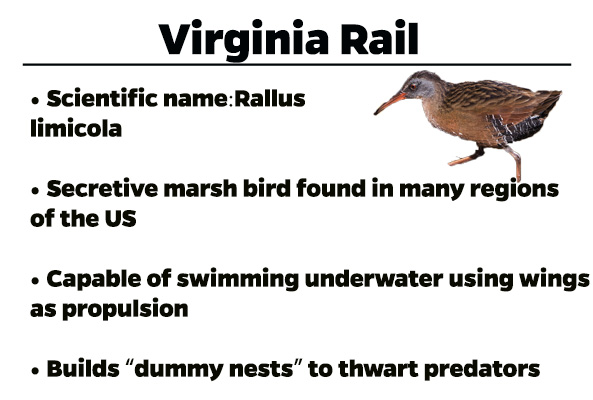 This rail was found soaked and cold on Dockweiler Beach, not far from Los Angeles International Airport, by our friend and partner Peter Wallerstein of Marine Animal Rescue. Rehabilitation technician Kelly Berry reports that after a full examination, the clinic team determined that the bird had suffered an unknown trauma — the evidence of which was dried blood around the bird’s right ear and a small patch of feathers missing from its face.

This rail was tube-fed for a full day before it began self-feeding. Impressive weight gain followed, and after the bird’s blood values were back to normal, our team released this secretive patient back into suitable marsh habitat.