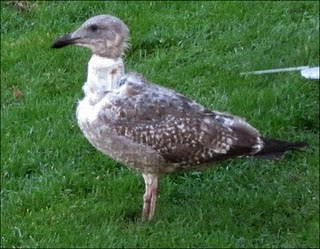 The public is being urged by rescuers to keep an eye out for the remaining beer-can-collared gulls in the San Francisco Bay Area.

Like most wild birds, they are understandably wary of approach. If you see one of these birds please send or call in details – Time, Date, location, and a pic if possible – phoning (831) 429-2323 and/or emailing rescue@wildrescue.org. Two organizations are collaborating on this effort, International Bird Rescue (Fairfield) and WildRescue (Monterey). 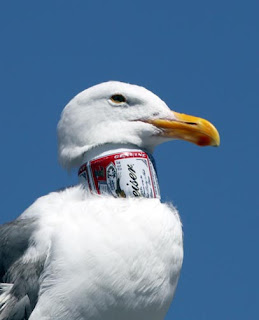 The reward has been raised to $6,100 for the arrest and conviction of the person(s) who collared the gulls.

Earlier this week a team from WildRescue successfully captured one gull at Lake Merced and removed the beer can from it’s neck. Video of the gull rescue is on YouTube