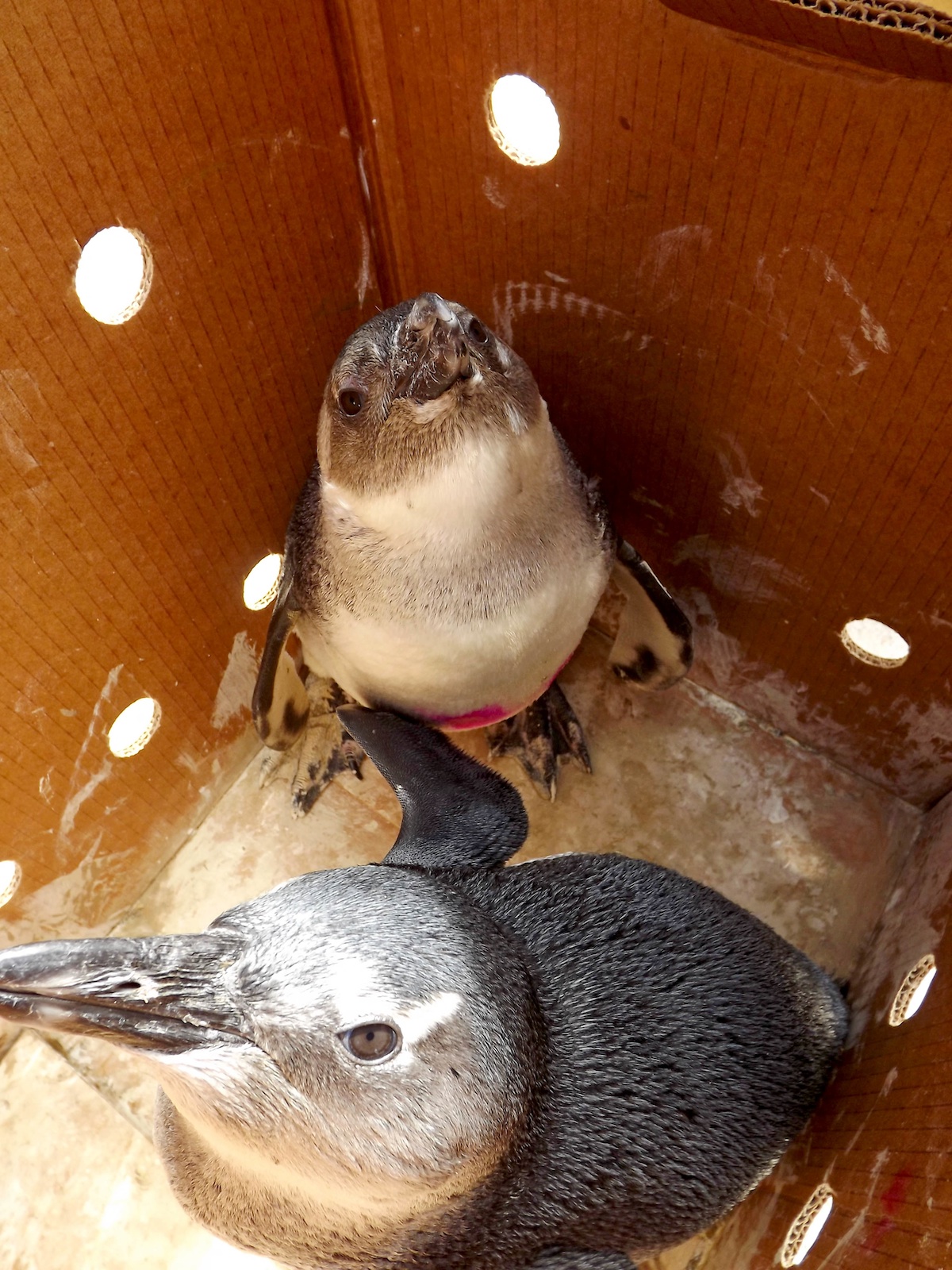 An update on the penguins impacted by the SELI 1 oil spill from our friends at the Southern African Foundation for the Conservation of Coastal Birds (SANCCOB) in South Africa:

Since the SELI 1 caused a major oil slick off Table Bay on Saturday, 1 September 2012, SANCCOB (the Southern African Foundation for the Conservation of Coastal Birds) admitted a total of 254 seabirds to their centre in Table View for rehabilitation. The birds admitted included 219 oiled, endangered African penguins, 2 oiled Cape Gannets, 33 penguin chicks and 3 eggs that were abandoned as a result of their parents being oiled.

With the help of the dedicated staff and volunteers of SANCCOB, the last of the oiled birds were washed on 19 September and were admitted for rehabilitation together with the other birds affected by the oil slick. Two of the eggs have hatched in SANCCOB’s Chick Rearing Unit while one was deemed not viable. Small groups of African penguins have been released back into the wild after getting the final nod-of-approval from SANCCOB’s veterinary team. On Thursday, SANCCOB proudly released the 100th African penguin affected by the SELI 1 oil slick off the coast of Robben Island.

Venessa Strauss (CEO of SANCCOB) said, “The release of the 100th African penguin affirms the hard work put in by our dedicated staff and volunteers in getting our birds back on their feet. We have only lost two birds, which came into our care in a very weak state, during the entire SELI 1 rescue operation. The hard work is far from finished, and we expect the rest of the birds in our care to be released in the next two weeks. SANCCOB’s team remains vigilant until the wreck of the SELI 1 will be removed for good”.

The remaining birds are in good health and responding well to the rehabilitation and will be released in the coming weeks. SANCCOB invites members of the public to attend a beach release of the next group of African penguins at Boulder’s Beach (Seaforth Beach), Simon’s Town, on 13 October 2012 for the opening of the Simon’s Town Penguin Festival in commemoration of African Penguin Awareness Day which is celebrated on the same day.

The Southern African Foundation for the Conservation of Coastal Birds (SANCCOB) is a leading marine-orientated non-profit organization which has treated more than 90,000 oiled, ill, injured or abandoned African penguins and other threatened seabirds since being established in 1968. Independent research confirms that the wild African population is 19% higher directly due to SANCCOB’s efforts.