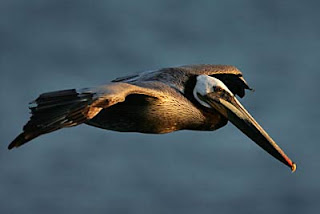 On February 5, 2009, the California Fish and Game Commission voted unanimously to remove the Brown Pelican from the list species considered to be endangered by the State of California.

This marks the first endangered species that has ever been deemed by the state to have recovered. The delisting and acknowledgement of success with this species is a significant conservation achievement for California, the United States and all involved.

We at IBRRC are delighted that their numbers have rebounded and their appearance along our coast is once again a common occurrence. However, we remain apposed to this delisting as the California Brown Pelican. As an indicator species, this pelican is still highly vulnerable to oil spills, domoic acid events, exposure to botulism at the Salton Sea and the constant pollution that they encounter on a daily basis. 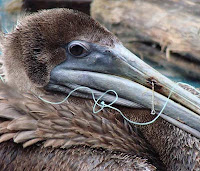 We believe that it was premature to delist this species until their population has time to mature as a population and fully reestablish itself fully within its range.

In the 1960s Brown Pelicans nearly went extinct due to the use of DDT, a pesticide. During that time biologists discovered the only remaining colony of California brown pelicans nesting on the Anacapa Islands (off Southern California) weren’t successfully reproducing. In 1970, there were 550 nests and only one chick survived; the California Brown Pelican was put on the federal Endangered Species list.