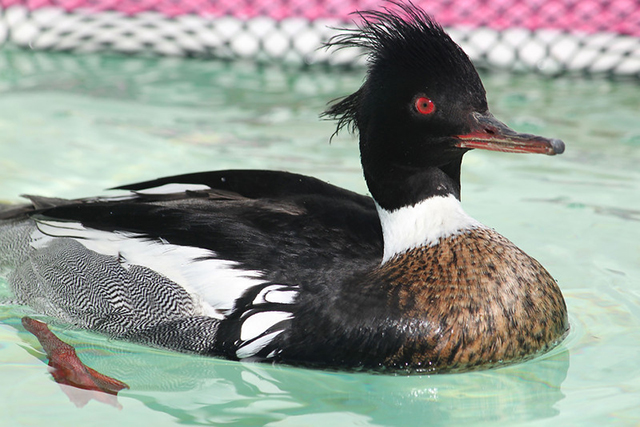 This male Red-breasted Merganser (Mergus serrator) was recently sent to us from a rehabilitation group in Arizona that was unfamiliar with the species and lacked appropriate water caging. “The bird was found to have a fractured clavicle, a wound on its wing and foot lesions,” says Michelle Bellizzi, center manager of International Bird Rescue’s San Francisco Bay center. “The foot lesions were likely the result of captivity. It was the fractured clavicle and wing injury that brought it into care.” After several weeks of rehabilitation at our center, this bird was released nearby. 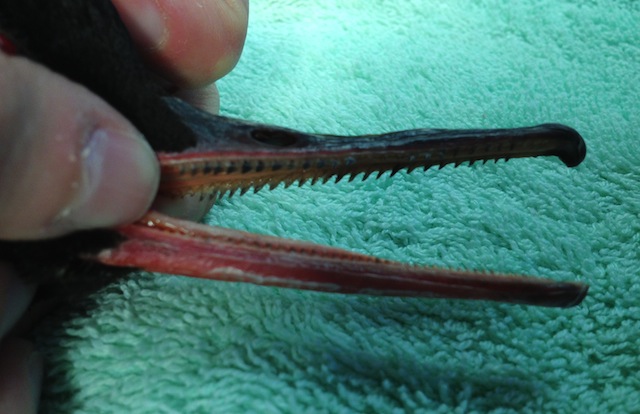 Below, the merganser is released back into the wild. 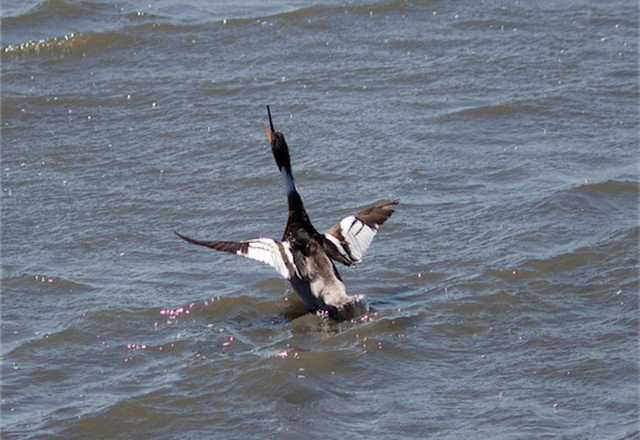