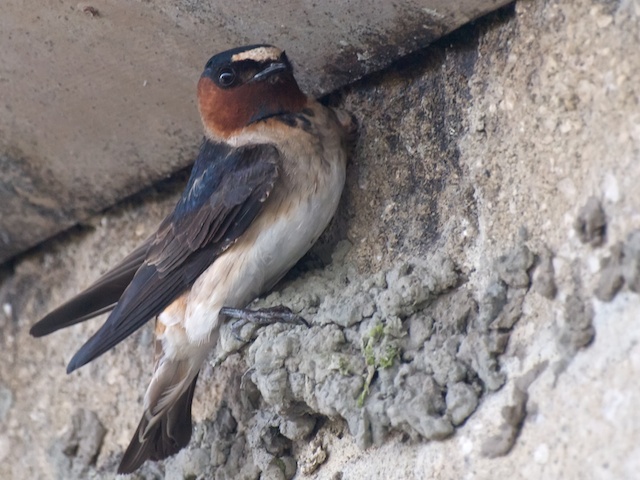 A Cliff Swallow underneath a bridge, photo by Ingrid Taylar via Wikimedia Commons

• After a longstanding battle, the California Department of Transportation has agreed to remove nylon netting underneath a bridge project in Petaluma, CA that killed over 100 nesting Cliff Swallows that became entangled.

“Swallows will be returning to Petaluma in early March,” Veronica Bowers, director of the nonprofit group Native Songbird Care and Conservation and a plaintiff in a lawsuit against CalTrans, told the LA Times. “And when they do, our vigilant monitors will be waiting for them at both bridge structures to make sure the transportation agencies do the right thing.” [Los Angeles Times]

• A wonderful remembrance of a wildlife hero: The Santa Cruz Sentinel writes on the passing of Native Animal Rescue’s Molly Richardson, who died this week at age 85:

A native of India who came to America by way of New Zealand, Richardson settled in Pacific Grove, where she was a school teacher. But her retirement and a move to Live Oak would bring a second career, converting a home into a hub for Native Animal Rescue, a network of big-hearted and often brave volunteers nursing pelicans, song birds, raccoons, possums, bats, foxes and even skunks back to health. [Santa Cruz Sentinel]

• Nicholas Lund of @TheBirdist tackles one of the more common misconceptions about birds. [Slate]

• In Australia, avian rehabilitators on the central coast fear botulism is to blame for the deaths of scores of pelicans and 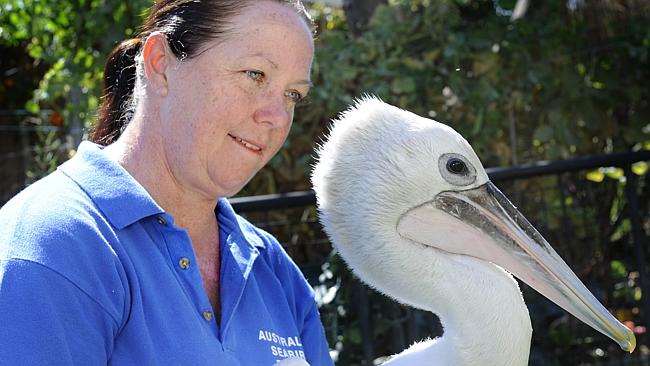 • Via the Atlantic, flight paths as dazzling art. [Atlantic Cities]

• Wildlife rehabbers in Key West, FL are reporting three times the number of starving Brown Pelicans in care, likely due to the lack of prey in the area. [KeysInfo.net]

• A great profile on young birder Logan Kahle, who has set a goal of 460 different species of birds in California this year — only 19 shy of the record. Seeing a rare bird, he tells the San Francisco Chronicle, is “this kind of ecstasy … it’s kind of like winning the lottery.” We agree! [SF Chronicle]

• Our favorite avian video of the week: Via Slate, a wonderful clip of starlings murmuration. [Slate]

• Top tweets of the week:

Why West Coast Sea Life Has Been Behaving So Strangely – Atlantic Mobile http://t.co/d2D4Rywz5m

I will sleep wherever the hoot I like. @TheBirdist on where birds REALLY roost. http://t.co/09L3YxTsoF pic.twitter.com/McvD5c8uZq