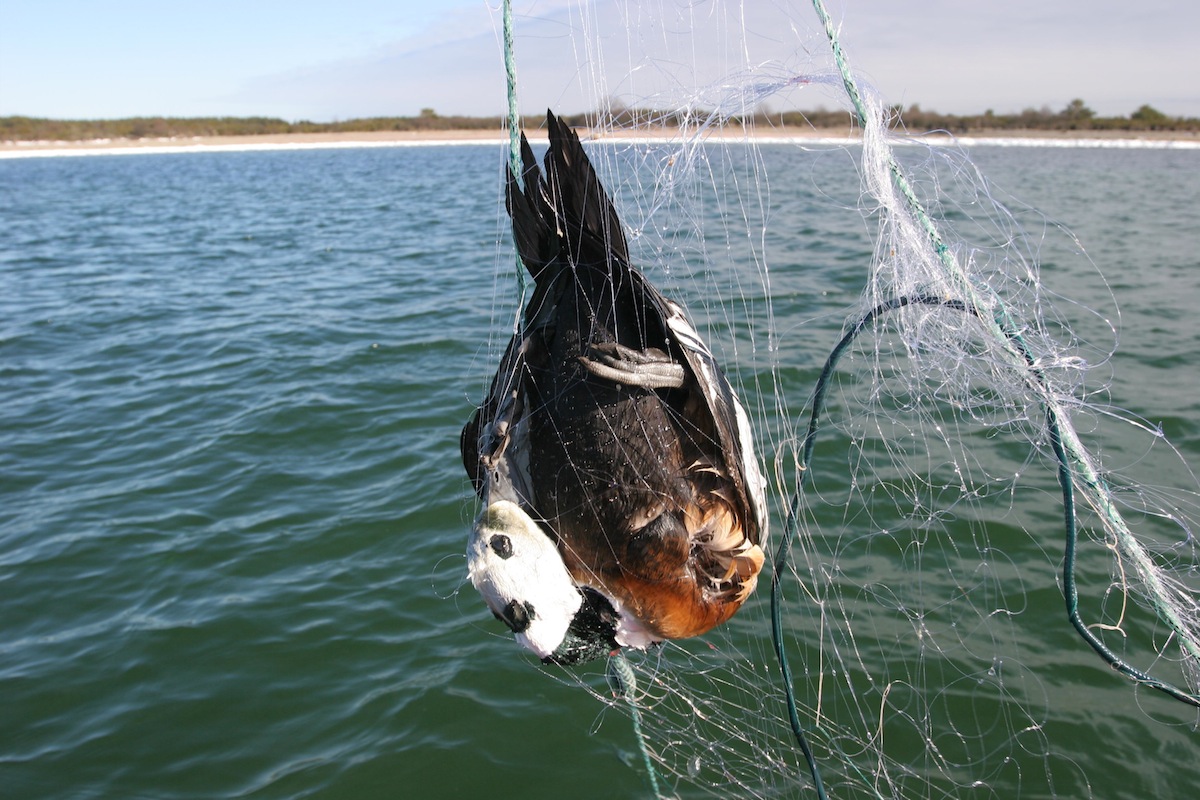 Editor’s note: Recently, a news headline on gillnets and their devastating impact on seabirds duly caught our attention. In a sobering review, scientists concluded that hundreds of thousands of birds are killed every year by these nets, some of which are banned in international waters but common elsewhere in coastal fisheries.

We reached out to Rory Crawford, senior policy officer of BirdLife International Global Seabird Programme, who wrote this guest post on a fishing practice that kills indiscriminately; affected species include the threatened Steller’s Eider (shown above) and the endangered Marbled Murrelet, now at the center of a fight over habitat preservation in West Coast old-growth forests where the small seabird nests. 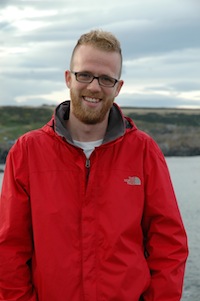 Last month, the first ever global review of seabird bycatch in gillnets was published in the journal Biological Conservation. This study, authored by marine biologist Ramunas Žydelis and BirdLife scientists, estimates that a staggering 400,000 birds are killed each year through entanglement with gillnets, exceeding the estimated toll of bird deaths documented in longline fisheries.

Historically, gillnets were made from organic materials like hemp, but in the 1960s, nets made from fine, man-made nylon became popular among fishermen. These nets were more durable, easier to handle and allowed fishermen to catch more fish — in large part because they were virtually invisible underwater, making them almost undetectable by the fish they were targeting.

Not surprisingly, however, these nets are also near-undetectable for diving seabirds, as well as dolphins, whales, seals and turtles. Huge bycatch of all these groups of species in large scale high seas driftnets (a type of gillnet) in the 1980s resulted in a 1992 UN ban on their use in international waters. However, gillnets are still largely legal for use all over the world, predominantly in small scale coastal fisheries, targeting a whole host of fish species.

The global review of gillnet bycatch assessed 148 seabird species as susceptible; 81 of these have actually been recorded caught in fishing nets, including the threatened Humboldt Penguin and Steller’s Eider (pictured), the endangered Marbled Murrelet, and more widespread species like the Common Murre.

Bycatch levels of seabirds were found to be highest in the Northwest Pacific Ocean, Nordic regions and the Baltic Sea, where estimated bycatch levels were 140,000, over 100,000 and 76,000 respectively. The review is far-reaching but data gaps remain in places where bycatch is suspected, including the South Atlantic, Mediterranean and Southeast Pacific, as well as Japanese and Korean waters. For this reason, the estimate of 400,000 birds killed per year should be viewed as a minimum estimate.

These are truly astounding numbers that make the case for urgent action crystal clear — particularly in light of the fact that seabirds are more threatened than any other comparable group of birds, and that their conservation status has deteriorated faster in recent years.

But what action can be taken? While there is a suite of well-studied and established best practice mitigation measures to reduce seabird bycatch in longline fisheries, very little research has been undertaken to identify similar solutions to this problem in gillnet fisheries. Here at BirdLife, we are looking to remedy this situation through our tried-and-tested approach of collaborating with fishermen to come up with novel solutions to bycatch.

By working through our Albatross Task Force teams in southern Africa and South America, we’ve been able to achieve some amazing reductions in albatross bycatch in longline and trawl fisheries. These teams work alongside fishermen – sometimes on fishing trips of over a month in length – to demonstrate bycatch mitigation techniques and encourage fishermen to use them. This year, through the Albatross Task Force in Peru, Chile and Ecuador, and funded by the National Fish and Wildlife Foundation, we are engaging with small-scale fishermen to identify bycatch hot-spots and undertake pilot studies testing mitigation measures.

This is a fantastic start, but we need much more research to start pulling in the results that will allow us to better define the scale of the problem and establish best practice mitigation that can be applied across the world.