Skip to content
Home | Blog | In care at our Los Angeles center: The international pelican trio 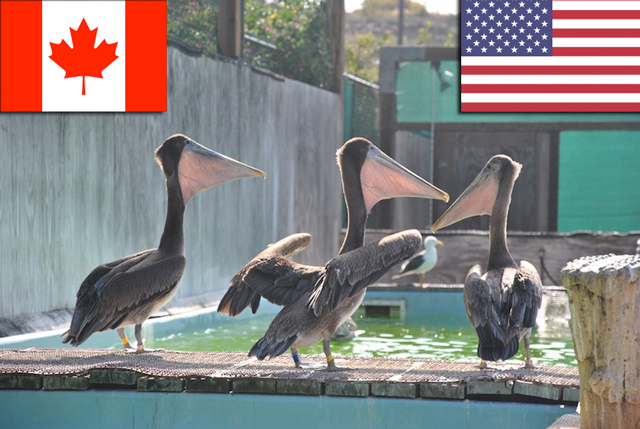 Via the Victoria Times-Colonist:

They missed spring break in Malibu, but three brown pelicans will finally head south today after undergoing treatment at the Wild Animal Rehabilitation Centre in Metchosin.

Two of the birds were left behind by a flock of about 15 adults and juveniles that hit Greater Victoria in early December, hanging out in the Inner Harbour and getting fed by members of the public.

While most eventually migrated, one male and one female were too weak to make the trip.

They had frostbite on their feet and parasites and were generally in poor condition when rescued by the B.C. SPCA’s Wild ARC in January.

The third bird was found in Tofino in early December. She had parasites and head wounds, possibly inflicted by a predator.

Given International Bird Rescue’s expertise in the care of pelicans and other aquatic birds, animal caregivers decided the birds would be best served at our facilities.

Upon arrival on an Air Canada flight from Vancouver to Los Angeles last week, the birds were taken to IBR’s facility in San Pedro. Staff rehabilitation technician Kylie Clatterbuck reports that overall, the pelicans are doing well in our large aviary: One of these juvenile birds is already flying perch to perch (the full length of the enclosure) and the others are getting very good lift and flying the length of the aviary pool. All three will undergo comprehensive flight conditioning before they evaluated for release.

Thanks to the team at Wild ARC and to Pacific Coastal Airlines for donating the flight from Victoria to Vancouver. These animals will be featured on an upcoming wildlife show, we’ll give you the details as soon as we have them! 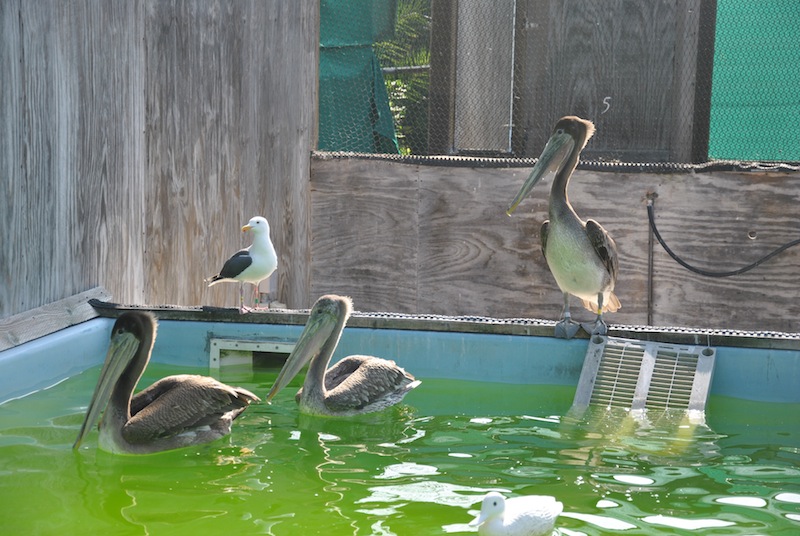