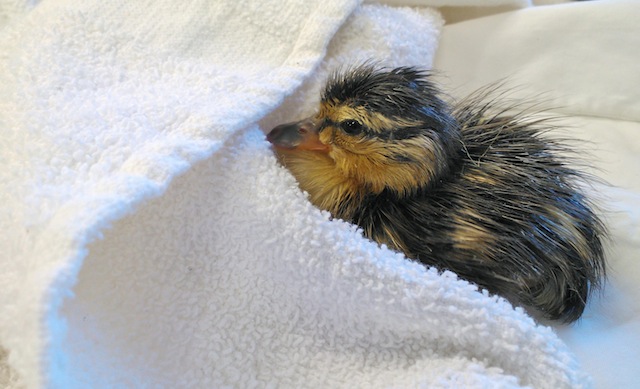 The story is so rare, so unusual that Jay Holcomb, International Bird Rescue’s director, can’t remember it ever happening in his 40-year career. It’s a bittersweet story with a heartwarming outcome.

On April 22, 2013, a female Mallard Duck who had been hit by a car in Napa, CA, was brought to our San Francisco Bay wildlife hospital in nearby Fairfield. Staff veterinarian Dr. Rebecca Duerr took an X-ray to determine the extent of the duck’s injuries. Sadly, the X-ray showed a broken spine, an injury too severe for her to be saved.

Also revealed: an egg she was ready to lay.

“When I saw the egg, I thought, Why not remove it and put it in our incubator?” Duerr said. “It would be wonderful if something good came from tragedy. It’s certainly worth a try.”

“We have a 100-egg incubator that has been in full use hatching abandoned or rescued eggs this spring,” Holcomb said. “So in went the special egg, specially marked so we knew who it was, and the wait began. For mallard eggs, the incubation is 23-30 days. There are many reasons eggs don’t hatch, so there was no guarantee, just hope that this egg would.”

Twenty-six days later, staff noticed the egg was pipping! Would the duckling be strong and healthy? It was! A perfect mallard duckling had hatched.

A special leg band was put on, Pink 7, to identify this little girl or guy among the large numbers of other ducklings IBR cares for each spring and summer.

“Every wild duckling we get in — and last year that total number was 1,447 — has a unique story as to why they ended up without their mother and were rescued, usually by good Samaritans,” Holcomb said. “Some come in alone, most others with their siblings, and very rarely we’ll get a mother and her babies who have been removed from harm’s way. But this time, quite by accident, we found the only remaining offspring of the fatally wounded mother, still inside of her in the form of an egg. We did not want her death to be in vain, so we decided to give that egg a chance for life, and as her only living offspring to carry on her genetics. We don’t get to do this very often, but we seized the opportunity and it paid off!” — Karen Benzel 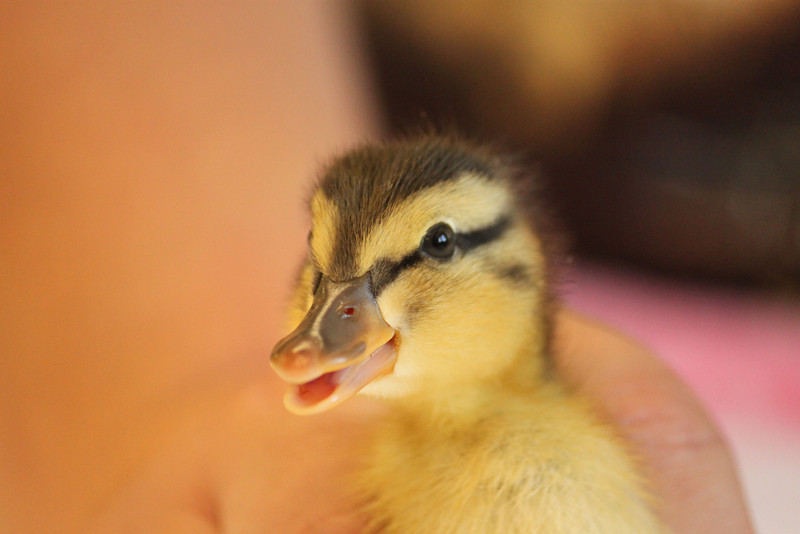