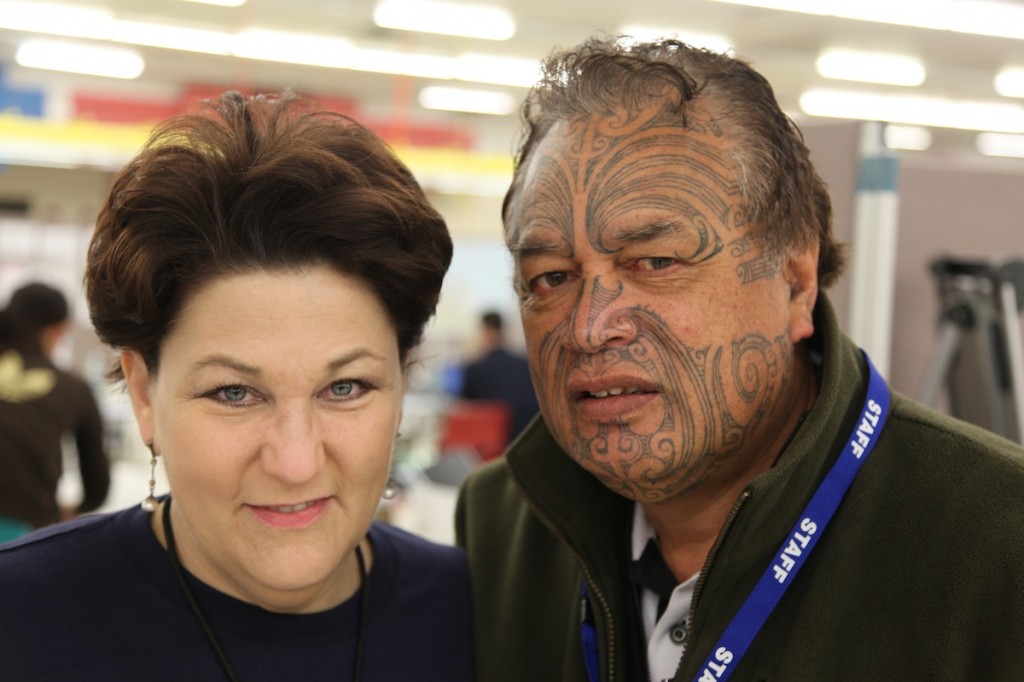 As many of you know, I was deployed with our team to the oil spill in New Zealand in early October to assist Massey University’s New Zealand Wildlife Health Centre staff manage the Rena oiled wildlife response. My job was to support the team by working in the Incident Control Center (ICC) to provide Massey Veterinarian, Kerri Morgan, relief by standing in as Wildlife Manager. For the last several years with International Bird Rescue, my job on spills has usually been either in the Command Center as Wildlife Branch Director or Bird Unit Deputy (as it was for the Deepwater Horizon spill) or helping to manage the logistical side of having a team on the ground.

When I first arrived at the ICC, I was amazed that while I had never been to New Zealand there were many familiar faces there to greet me, and even the National On-Scene Commander came right over and with a big smile and kiss on my cheek said, “Babs, great to have you here!” For those of you who know me, you’ll understand that not many people (basically NOBODY) get away with calling me anything but “Barbara!” The point is, I was warmly and heartily welcomed into the fold. In the days that followed, I settled into the job of overseeing the coordination of the Search and Collection Teams, as well as the Wildlife Rehabilitation Center activities, while Kerri and her staff got a much needed rest.
I knew that this would be a unique experience when I attended my first morning brief and found that it is started each day with a prayer and song by iwi. In New Zealand society, iwi form the largest everyday social units in Māori culture. Iwi are fully integrated into the command structure of the spill and liaise with spill managers in all areas. I was fascinated to attend a cultural brief so I could better understand responding to an oil spill in an area that has been significant to iwi for hundreds of years. It was clear to me that the daily, communal prayer and song brought a moment of serenity and calm to what is usually a chaotic and sometimes mind-boggling place to work.

I echo my colleagues who have filled this blog space before me in saying how well managed this spill response has been, and what a testament it has been to all the hours Maritime New Zealand and Massey University spent planning, training and practicing for an event like this. Because the spill response plan they had was well thought out, resourced, practiced and trained for, it made it that much easier for us to step in so that the New Zealanders could take time away from the spill and rest.

After nearly three weeks of working in the ICC, as I finished my last day and gave my end of day brief, the Deputy National On-Scene Commander called me to the front of the room while iwi said a special prayer blessing for me because I help animals which are of central importance to their culture. The Maritime New Zealand Commanders also presented me with an official desk clock and Maglite key chain as parting gifts! That night, as our team gathered in our hotel’s lobby to have a farewell drink, we were joined by the Commander and a dozen or so others from the ICC and Wildlife Health Centre, and I was given a beautiful field guide to New Zealand birds from all of the staff at the Centre who have been colleagues for some years, but who are without a doubt now friends! I feel extremely privileged to have been part of such an incredible response.

1 thought on “Reflections from Alaska on New Zealand”