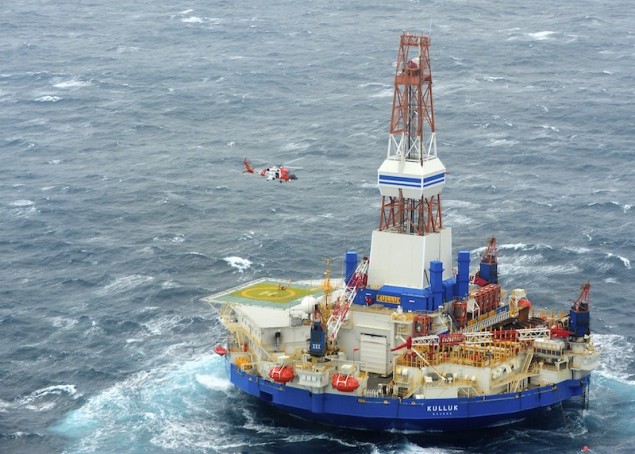 As of Sunday, the Aiviq tugboat towing the Royal Dutch Shell drilling unit had regained power to all four of her engines. The tug and drill 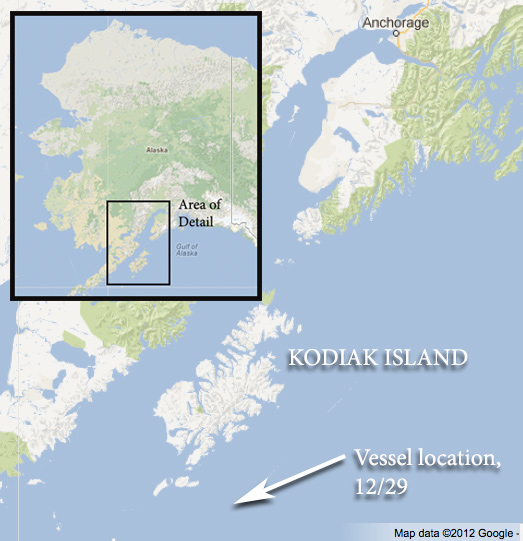 ship had previously been drifting approximately 27 miles east of the Trinity Islands, which is part of the Gulf of Alaska unit of the Alaska Maritime National Wildlife Refuge. A second tug has secured to the Kulluk with a third in the vicinity for emergency support.

Shell has set up a full Incident Command Post in Anchorage, and four International Bird Rescue response team members are working with the Wildlife Branch at the Command Center.

“We are very pleased that Shell is being proactive about any potential impacts to wildlife by having us on site to plan and prepare,” said International Bird Rescue director Jay Holcomb.

Read the latest report on the vessels here via Anchorage Daily News and stayed tuned for updates on this blog.

About us: International Bird Rescue (IBR) is a non-profit, 501(c)(3) organization that has been helping seabirds and other aquatic birds around the world since 1971. IBR’s Oil Spill Response Team has led oiled wildlife rescue efforts in more than 200 oil spills in a dozen countries around the world.

International Bird Rescue is committed to reducing the impact of oil on wildlife by releasing the highest possible number of animals back into the wild. To do this most effectively, International Bird Rescue works cooperatively with the Responsible Party (RP) and the state and federal agencies. Animals being treated at the rehabilitation center must move through the system as quickly as possible.