Skip to content
Home | Blog | The Release Files: Two Laysan Albatross Back To The Wild! 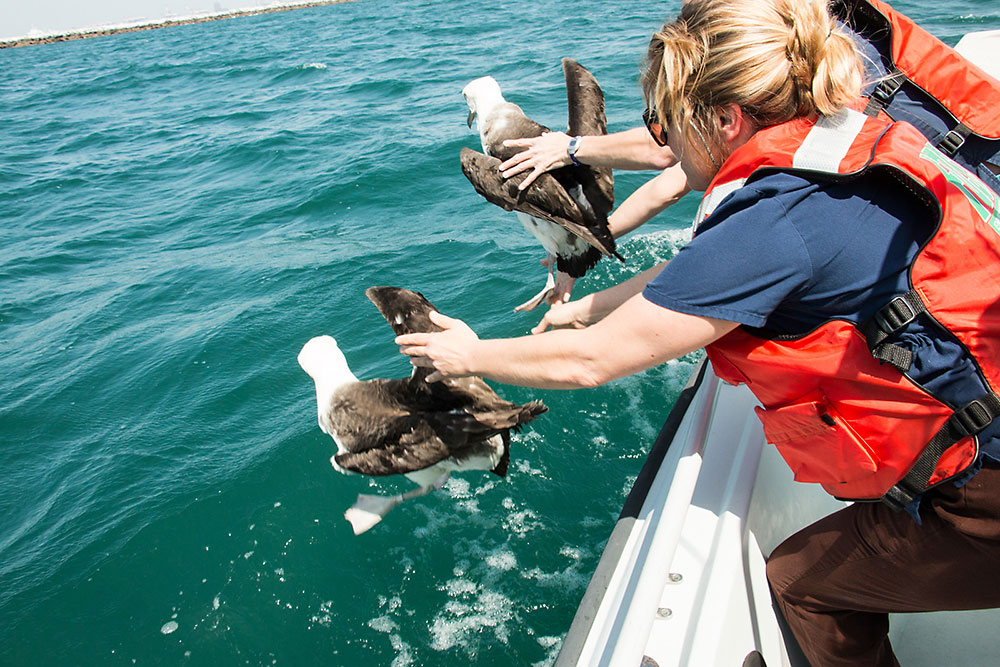 Two Laysan Albatross, rare birds indeed for Southern California, are back in the wild this week after a successful release Thursday afternoon.

“Usually, we see one a year, but to have two at the same time is pretty incredible,” said Julie Skoglund, Operations Manager at International Bird Rescue (IBR), quoted in a Daily Breeze newspaper story. Read more

The two wayward seabirds came into IBR’s Los Angeles Center late last month. One Laysan Albatross was rescued from a container ship and the other was found sitting in the desert. Read earlier blog post: Two Rare Albatross Ready For Release After Unusual SoCal Landings

Thanks to the Los Angeles County Lifeguards who shuttled the seabirds via boat ride to a release point off the San Pedro coastline.

IBR relies on the support of the public to care for wildlife, including wayward birds blown off course, those injured in cruelty incidents, as well as those harmed by fishing gear and other human-caused injuries.

Every Bird Matters and so does your donation!