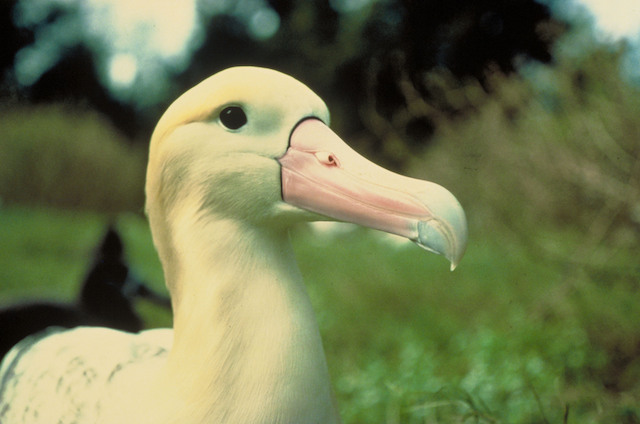 • Sometimes it just takes a simple solution and an ounce of dedication. Though albatrosses face a barrage of threats to their existence, streamers made of plastic tubing are being employed on fishing lines to successfully deter species such as the vulnerable Short-tailed Albatross from becoming victims of longline commercial fishing. [National Geographic]

• We have zooplankton feces and aggregates of algae to thank for handling most heat-trapping CO2 emissions, according to research published in the journal Global Biogeochemical Cycles. Complicated stuff, but thankfully the Christian Science Monitor has a reader-friendly breakdown. [CSM]

• Biodiversity in the Arctic is facing a huge threat from climate change, scientists report. “An entire bio-climatic zone, the high Arctic, may disappear. Polar bears and the other highly adapted organisms cannot move further north, so they may go extinct. We risk losing several species forever,” says Hans Meltofte of Aarhus University, chief scientist of the report. [Phys.Org]

• A push to eliminate all Mute Swans in New York State is the subject of fierce and ongoing controversy between conservation scientists and some animal groups. [NY Now]

• Audublog has a great reminder on how you can protect the vulnerable Western Snowy Plover by becoming a beach steward in California. [Audublog]

Sign of Spring: Tundra Swans overhead at 5am this morning. Sounded like a distant pack of hounds…lovely.